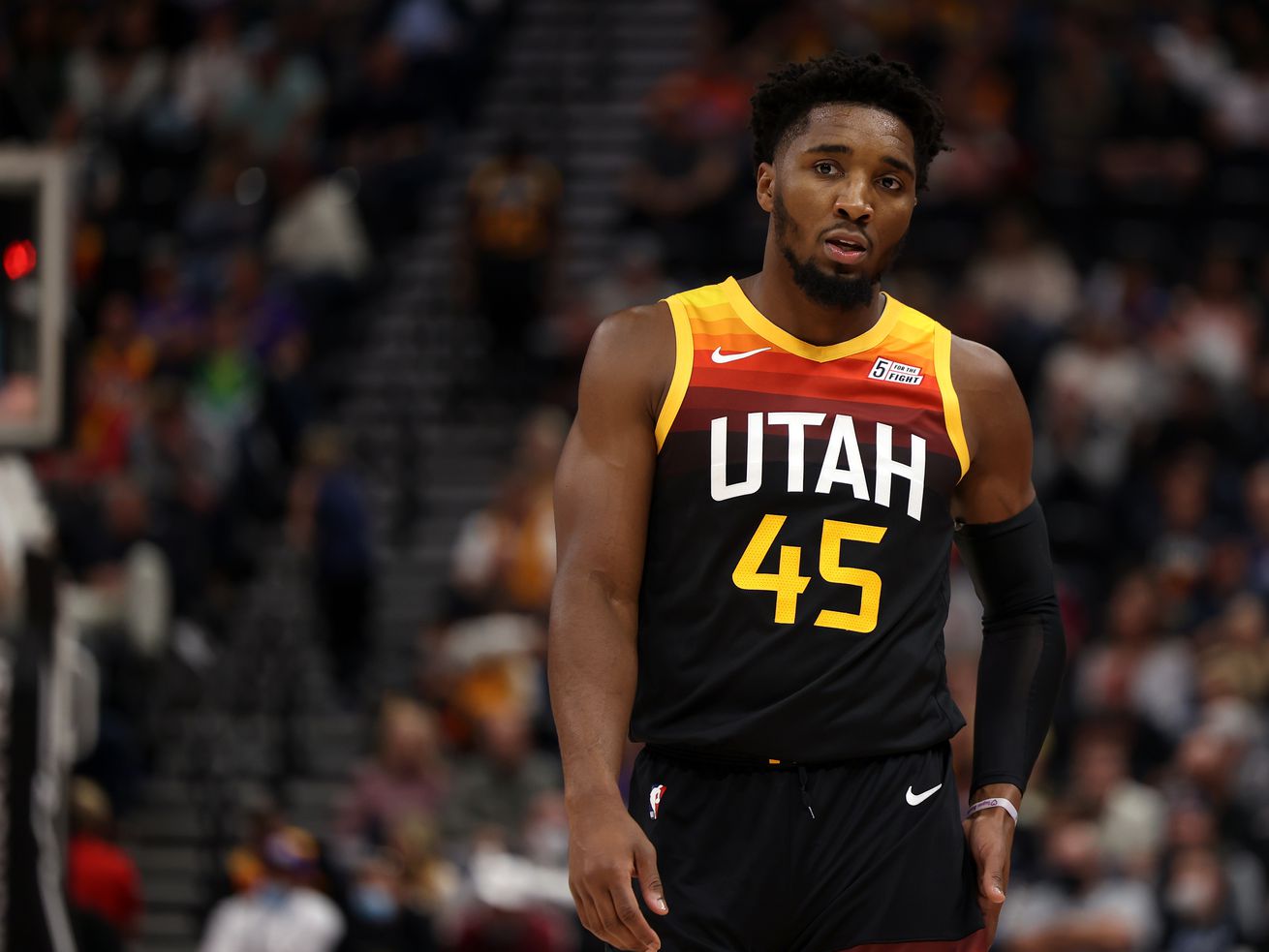 There has been reason to be concerned with Mitchell’s play thus far, but he isn’t worried.

Utah Jazz fans seem to be particularly concerned about Donovan Mitchell this season. But, at this point — 18 games into the 2021-22 season — I don’t think anyone should be worried. If anything Jazz fans should be thankful that Mitchell’s best is yet to come.

I guess that most of the concern seems to stem from his offensive inconsistencies. He hasn’t really seemed to get into a rhythm yet. He’ll have one game where he 5 of 11 from 3-point range and then another where he goes 1 of 11. He’s had six games where his overall field goal percentage was below 40%, and three games scoring fewer than 16 points.

Coming off a playoff performance where Mitchell was averaging 32.3 points per game and shooting 43.5% from deep, I can understand worrying that something might be off, but have no fear, Mitchell is just fine.

The last two games have been rough shooting nights for Mitchell, but he’s found other ways to be impactful and Rudy Gobert said as much in his walk-off interview Wednesday night, after the Jazz beat the Oklahoma City Thunder.

Mitchell was critical in the Jazz getting that win, finishing with five assists (he would have had more if his teammates hit their shots). He also scored six huge points at the end of the fourth quarter.

“I would love to be able to continuously shoot well and sometimes that’s going to happen,” Mitchell said, noting that he’s not worried about his scoring inconsistencies. “But at the end of the day just being able to find guys and make the right reads, that’s all I can ask for, go out there and make the right play. Sometimes that’s putting the ball in the basket, sometimes it’s passing, sometimes it’s guarding.”

And to Mitchell’s credit, he’s doing a pretty good job for someone who isn’t at their absolute best. He’s averaging 4.9 assists per game, shooting a career-best 86.9% from the free throw line, and despite the ups and downs he’s averaging 23.4 points per game, good enough for 10th among starting guards league-wide.

Considering how much more attention defenses are giving Mitchell and forcing him to get off the ball, he’s actually been more productive than one might expect and he’s also had some really impressive defensive games this season.

Compared to last season’s first 18 games, Mitchell is scoring more points and his field goal percentage is better. The NBA’s 82-game season is a long one and there’s plenty of time for Mitchell to heat up, which he has been known to do.

“I’m not stressed about it,” Mitchell said.

If he’s not worried, then you shouldn’t be either. He hasn’t played his best basketball of the season yet and that’s a good thing.