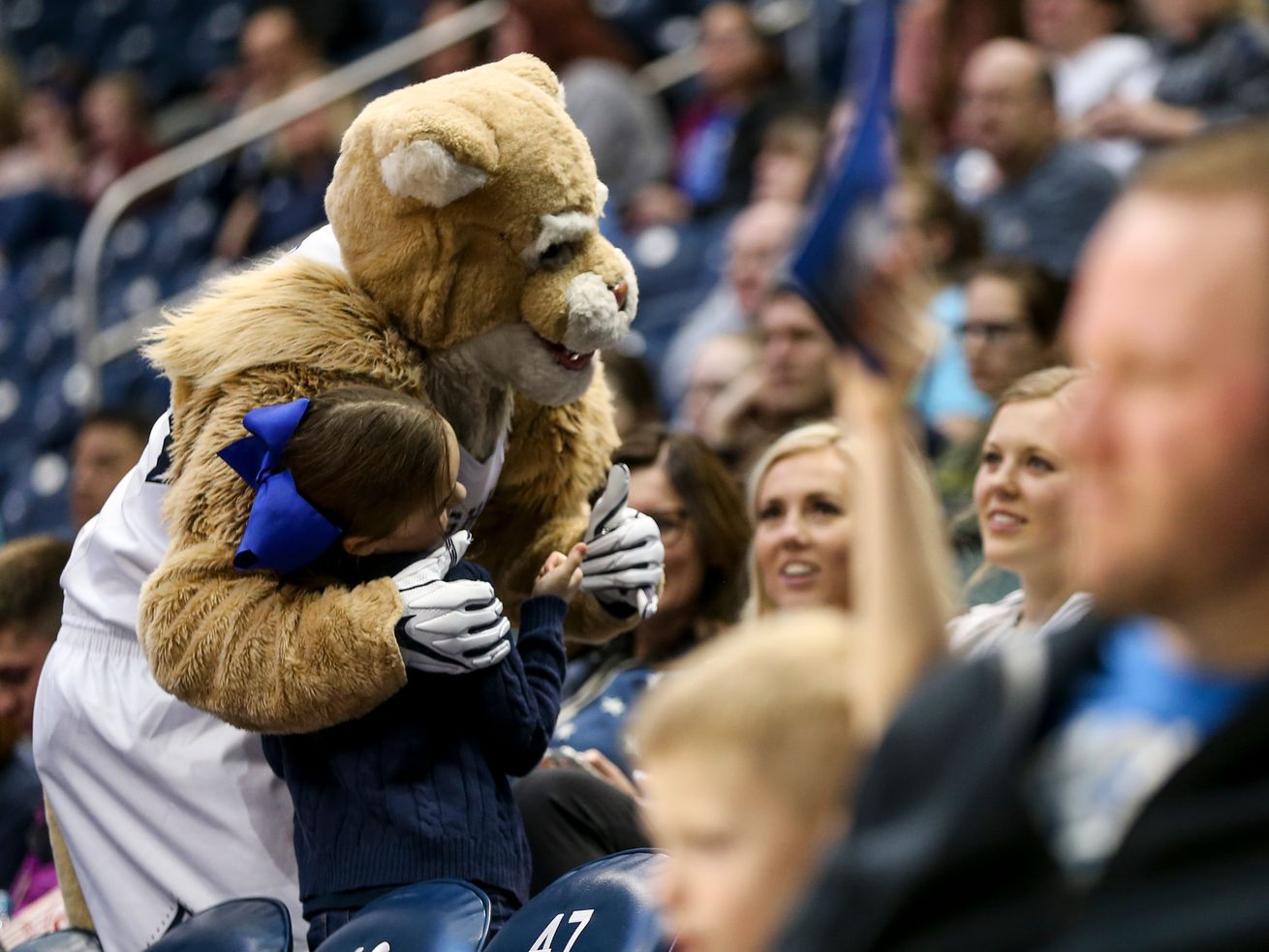 Cosmo the Cougar takes photos with a BYU Cougars fan in the audience during the game against the Saint Mary’s Gaels at the Marriott Center in Provo on Thursday, Feb. 13, 2020. | Ivy Ceballo, Deseret News

During BYU’s win over San Francisco last Saturday, BYU’s dunk team launched the famous school mascot from beyond the 3-point line for a high-flying dunk.


That caught the attention of comedian Frank Caliendo, known for his spot-on impersonations.

Caliendo, impersonating Bill Walton, gave his rendition of how Walton — the former two-time NBA champion center who now works as a broadcaster for the Pac-12 Network — would call the play-by-play of Cosmo’s dunk, with some era-appropriate background music. Caliendo even slipped in a reference to former Utah Ute and Utah Jazz big man Tom Chambers in the process.

— Frank Caliendo (@FrankCaliendo) February 11, 2020​
“Forget about LeBron. This is reminiscent of Tommy Chambers, double, triple pumping from the 3-point line in NBA Live on the Sega Genesis video game system. The realism was unprecedented,” Caliendo, as “Walton,” said in the video shared on Twitter.