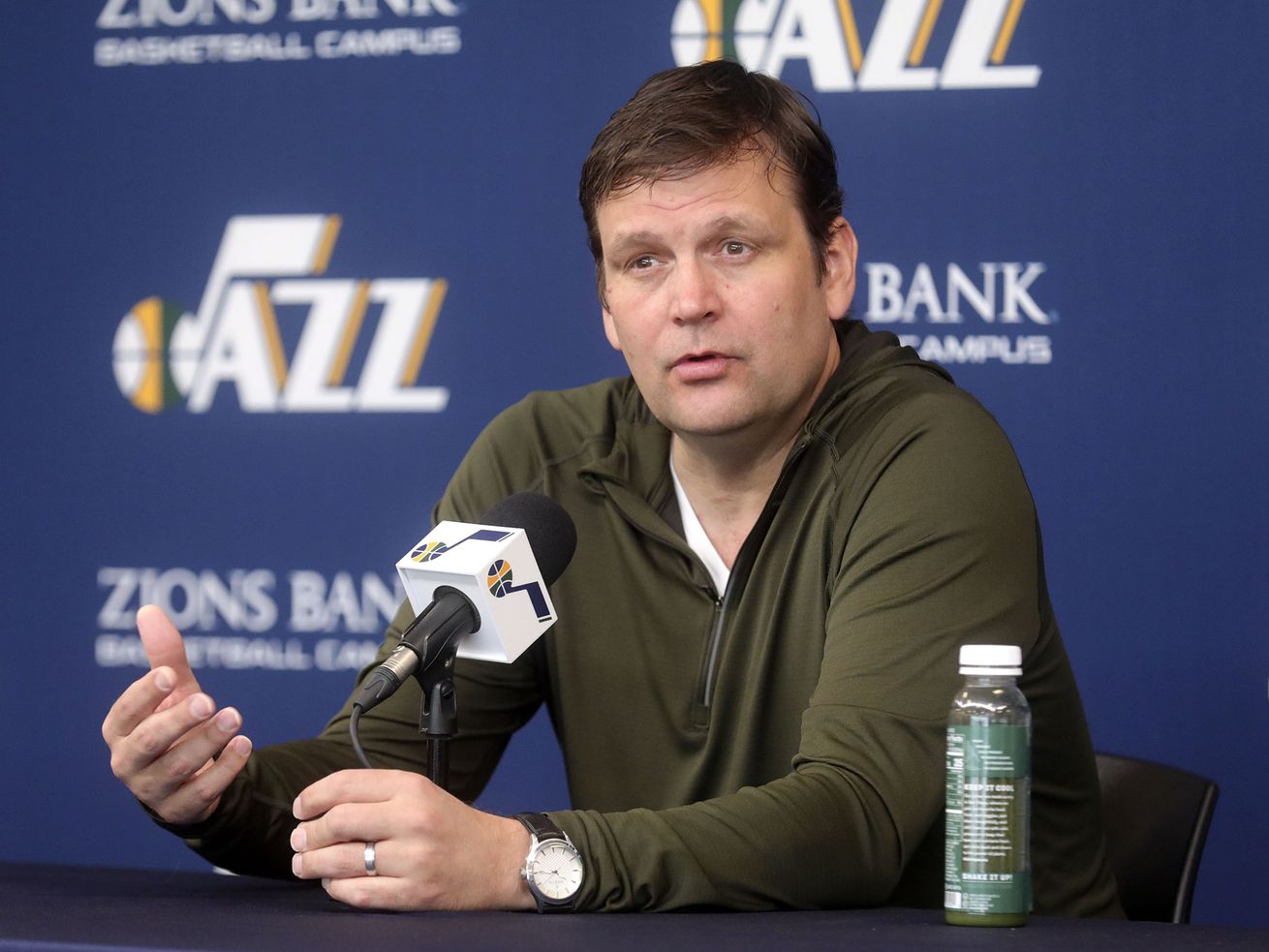 Dennis Lindsey, Utah Jazz general manager, talks to members of the media at the Zions Bank Basketball Center in Salt Lake City on Thursday, April 25, 2019. The Utah Jazz season ended with Wednesday’s loss to Houston in the playoffs. | Deseret News

Amid a series of tweets Wednesday night about the realities of racially insensitive language being used and the need to shine light on the truth, Millsap said that during the 2015 meeting Lindsey said, “if u say one more word, I’ll cut your Black *** and send you back to Louisiana.”

The Utah Jazz released a statement Thursday afternoon confirming the team is cooperating with the NBA investigation.

“The Jazz organization has zero tolerance for discriminatory behavior of any kind,” the statement read. “We take these matters seriously. We have proactively engaged outside counsel to work in coordination with the NBA to thoroughly investigate this matter. We seek a comprehensive and unbiased review of the situation.”

Detailed notes of the meeting, attended by Millsap, Lindsey, head coach Quin Snyder and general manager Justin Zanik, will be given over for review as part of the investigation, according to league sources.

In a phone interview with the Deseret News on Thursday, Millsap said he did not bring up what happened in 2015 in an attempt to paint Lindsey as a racist, but rather to draw attention to the fact that this type of language is not something that has been erased from our society. He also noted that he’s not really sure what he hopes happens as a result of the investigation.

“I don’t know Dennis Lindsey very well and I’m sure there are others that can vouch for him, and I do not believe he is a racist. I know that the NBA and NBPA are going to launch their investigation process, but it’s not one of those things where I’m trying to prove I’m right versus he’s wrong.” — Elijah Millsap

“I don’t know Dennis Lindsey very well and I’m sure there are others that can vouch for him, and I do not believe he is a racist. I know that the NBA and NBPA are going to launch their investigation process, but it’s not one of those things where I’m trying to prove I’m right versus he’s wrong,” Millsap said. “I want to keep the focus on where it should be at. ... I wanted to highlight the use of those kinds of bigoted remarks, seeing that it can be beneficial to others that are suffering in a similar situation.”

Millsap said that was the only instance during his time with the Jazz in which he experienced the use of racially insensitive language. He said that he remains friends with many people from the Jazz, including former assistant coach Johnnie Bryant, as well as center Rudy Gobert, and that he still holds the Jazz and the Miller family in high regard.

“I have deep regard and respect for the Millers, the organization for what they’ve actually done for me and my family,” he said. “But even with that, it doesn’t give anyone the right to talk to you in that manner. You know? And it caught me off guard and 30 seconds later, I had to go on a podium and speak.”

Exit interviews are end-of-season meetings between the front office, head coach and individual players that review the season, and there’s usually discussions about the future and expectations of the player. Following the exit interview, the players speak to the media for the final time that season. 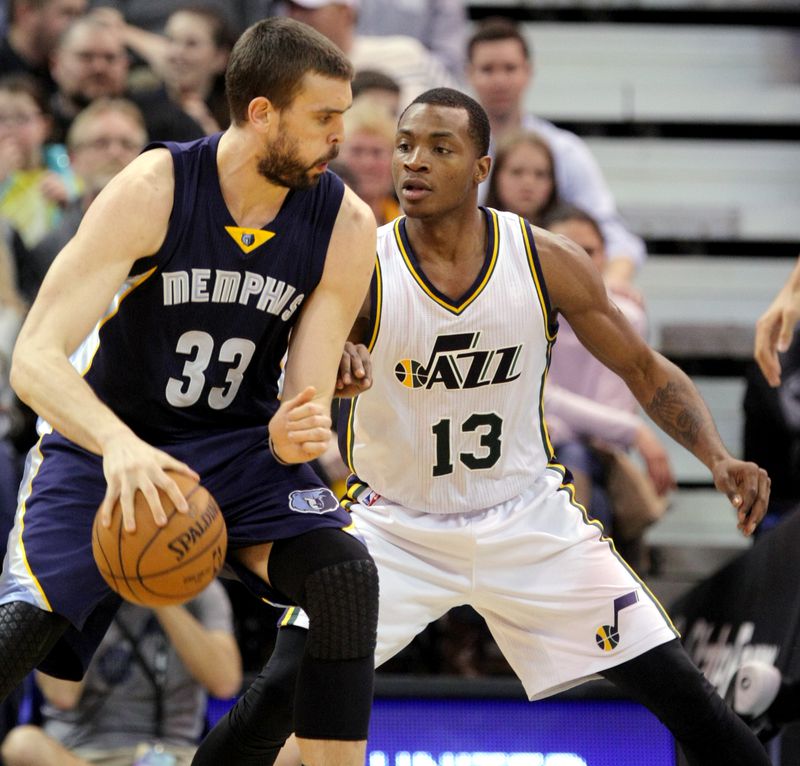 Millsap said that in those 30 seconds before addressing the media and ever since then he’s had to weigh the consequences of coming forward about his experience, including how it might impact his career, as well as his older brother Paul Millsap’s career.

“Utah was giving me my first opportunity, I had friends on the team, respect for the Millers and the organization, and I had my family to consider. My brother was the breadwinner. I didn’t know what could happen to his chances of getting paid.”

Following Millsap’s allegations and Lindsey’s denial of the events, Snyder told reporters Wednesday that he didn’t remember the conversation and added that he couldn’t imagine Lindsey saying something like that.

Millsap said whether they remembered the comments or not, that’s the way he remembers it and he was a little disappointed that Lindsey denied the conversation rather than reaching out to him.

Gobert told reporters he would reach out to Millsap to try to understand things better, and Millsap confirmed that Gobert was the one person from the Jazz who contacted him Wednesday night.

Millsap said that coming forward now was a way to conquer the fears that he’d had for the past six years and raise awareness about instances of hurtful language. He said he understands that this type of accusation can raise other fears from all involved, but hopes people will be willing to face those as well.

“It’s hurtful to see people asking, ‘Why after six years?’” Millsap said. “That’s not the question I would be asking of a teammate, a friend, a family member or someone I admired. Change the question from why and show empathy or compassion or support or love. If we did that, the world would be a better place.”

There is no timetable for the NBA’s investigation into Millsap’s allegation.