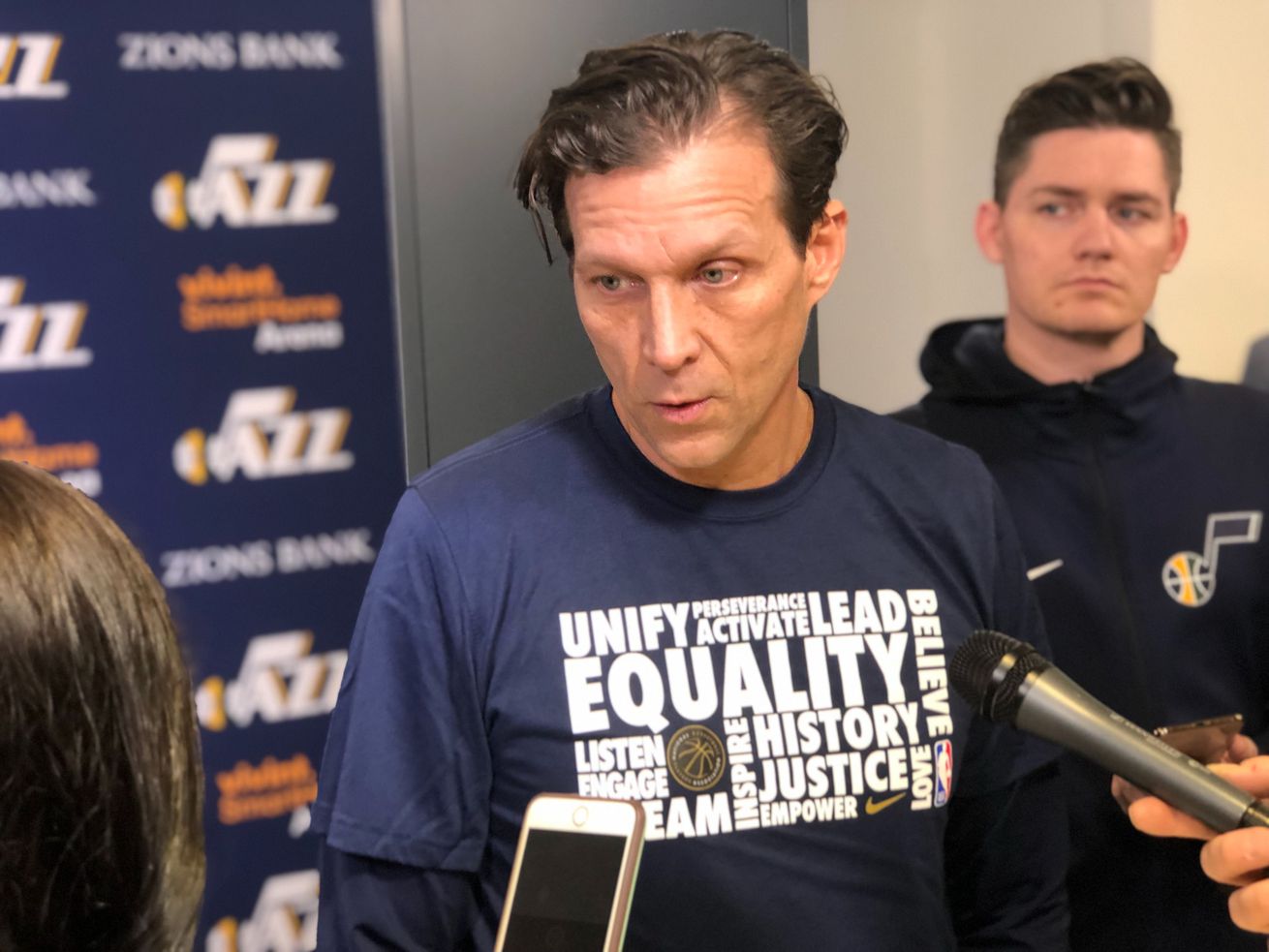 The NBCA issued a statement Monday morning condemning systemic racism and vowing to work toward ways to enact change in NBA communities.

“Witnessing the murder of George Floyd in cold blood and in broad daylight has traumatized our nation,” the statement read. “But the reality is that African Americans are targeted and victimized on a daily basis. As NBA coaches, we cannot treat this as an isolated incident of outrage.”

Snyder and Atlanta Hawks coach Lloyd Pierce spoke on “The Woj Pod” on Monday, detailing the formation of the committee, spearheaded by Pierce, and what he hopes the coaches will be able to achieve.

“We’ve been complicit,” Pierce said. “We’ve all been complicit in our own way, whether we just don’t say anything about it or we move on from it. Maybe the pandemic has forced us to sit here and watch, literally watch George Floyd die in front of us, because we have no where else to go right now ... We can’t run from this.”

Pierce, along with Dallas Mavericks coach Rick Carlisle, who is president of the NBCA, reached out to each of the NBA’s 30 head coaches and came together for conference calls on Saturday and Sunday to discuss what the group can do.

“Being willing to have that dialogue, to be transparent, to be honest with yourself and ultimately as a white man, what I was hearing was, ‘We need help,’” Snyder said of the conversations. “It’s not enough to just have support. There has to be a willingness to confront these things when you see them, be willing to take action.”

The committee will have a third meeting Tuesday and the goal of these early meetings is to find ways to bring about real change that goes beyond awareness.

Pierce said the most important word is “sustainable.” The NBCA committee will be sharing ideas, seeking outside counsel, having conversations with law enforcement and community leaders in order to work on breaking down the systemic problems that lead to racial profiling, brutality and injustice in ways that can be sustainable and actually work.

“We’re all not just aligned, but very much share the same vision of what, hopefully, we have an opportunity to try to do,” Snyder said of the NBA coaches. “This is not just a black problem. That’s what I continue to hear and understand. In some ways this is a white problem, and in that sustainability and the partnerships it’s necessary for white people to listen and to be willing to take action.”

NBA gearing up for Thursday vote


The league’s board of governors is planning a Thursday vote in which it is expected that owners will approve whatever NBA commissioner Adam Silver’s plan is for resuming the season in Orlando, according to ESPN’s Adrian Wojnarowski.

While there has been a push for all 30 teams to take part in restarting the season, notably from Oklahoma City Thunder owner Clay Bennett, it seems like the league is leaning toward a restart that would include 20 or 22 teams, a play-in tournament for the bottom seeds in the Western and Eastern conferences, and a full-length NBA playoff schedule.

Full details of the format and schedule of a return have yet to be completely outlined, with the final touches expected to come before the vote.

A three-fourths majority of the 30 teams is required for a plan’s passage.