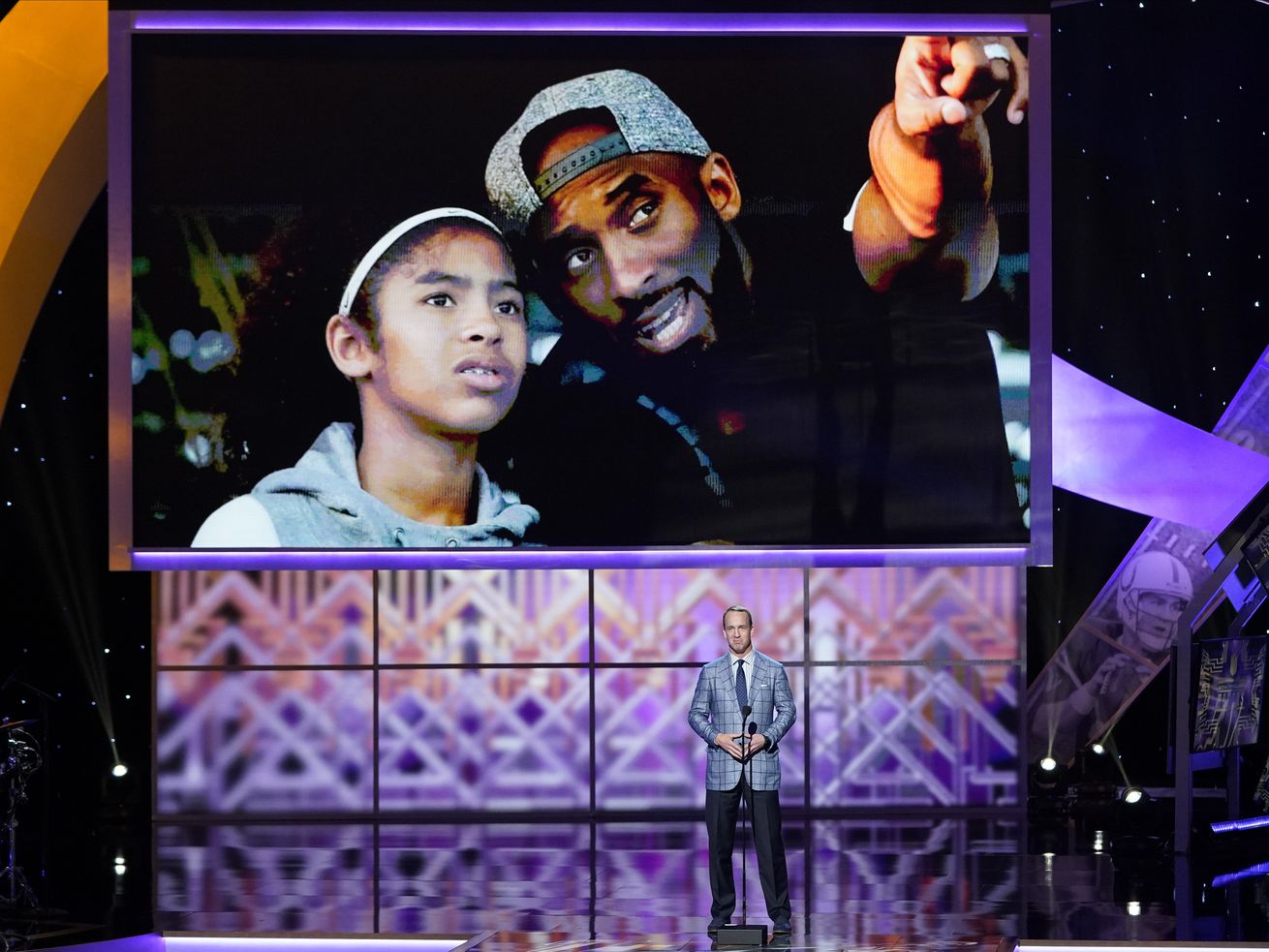 The city of Los Angeles will host a public memorial service for Kobe Bryant, his daughter Gianna and the seven others who died in a helicopter crash on Jan. 26 in Calabasas. In this photo, former NFL quarterback Peyton Manning pays tribute to Kobe Bryant and his daughter Gianna at the NFL Honors football award show Saturday, Feb. 1, 2020, in Miami. | David J. Phillip, Associated Press
The plans include ticket prices, performers and singers


The plans for the public memorial service honoring the late Kobe Bryant and his daughter Gianna will be unveiled on Friday, according to a report from TMZ.

Will there be tickets?