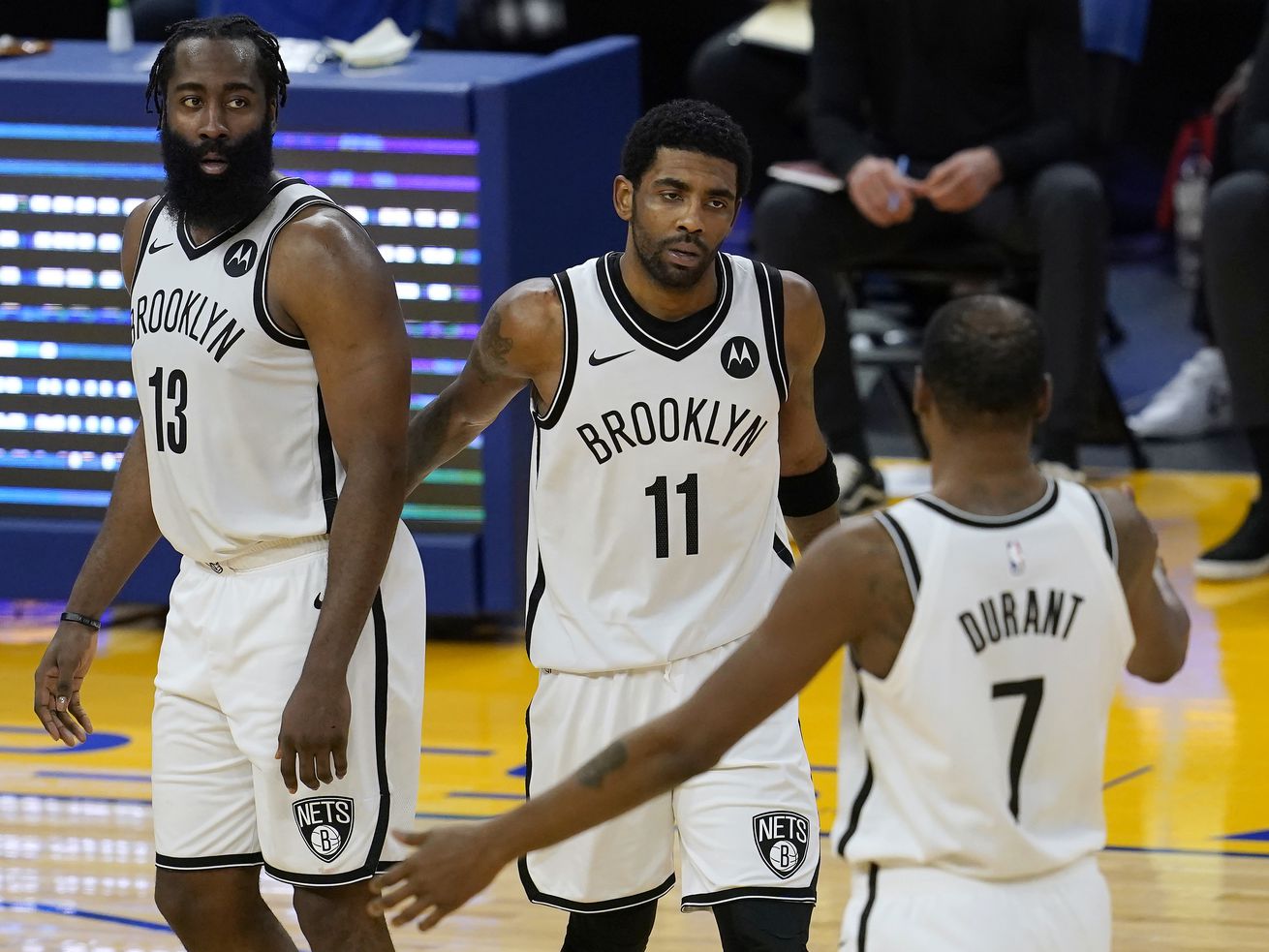 The Brooklyn Nets Big Three, guard Kyrie Irving, middle, James Harden (13) and forward Kevin Durant (7) battled injuries throughout the 2020-21 season. If the three can stay healthy this season the sky is the limit for the Nets. | Jeff Chiu, Associated Press

Who are the contenders and who are the pretenders? Here’s what our intrepid Utah Jazz beat writer thinks

Last week I published a tiered list of NBA teams in the Western Conference. While that’s obviously the conference of most interest to Jazz fans, as it’s the one the Utah Jazz belong to, it does leave out half of the teams in the NBA.

So this week it’s the Eastern Conference’s turn to be judged.

Using the same system as I did for the West, I divided the Eastern Conference into four groups; the good teams, the teams that will probably be good, the teams that should be good but have a lot of unanswered questions, and the teams with zero expectations. 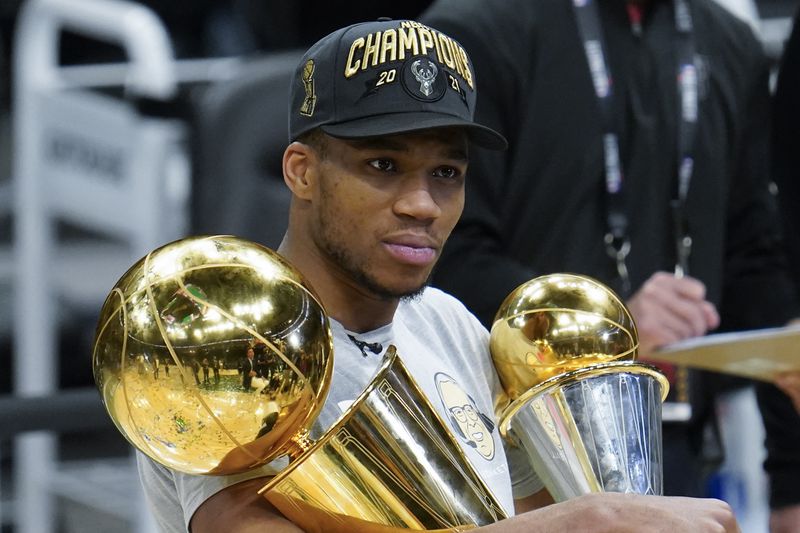 There seems to be a general consensus regarding the East’s top teams. There’s the Bucks, the Nets and everyone else.

Milwaukee is the reigning champion and it’s only right that it is considered a contender to come out of the East in the upcoming season. Though the Bucks lost some grit when P.J. Tucker left in free agency, they still have Giannis Antetokounmpo and a mostly championship roster. Knowing what it takes to win it all is a much bigger part of the battle than you would think.

The Brooklyn Nets were beat in the second round of the playoffs but that was also without a fully healthy trio of Kevin Durant, James Harden and Kyrie Irving at any point during the regular season or playoffs. They should be healthier this time around and have added more veteran pieces to the bench. They’ll be good.

The teams that will probably be good​ 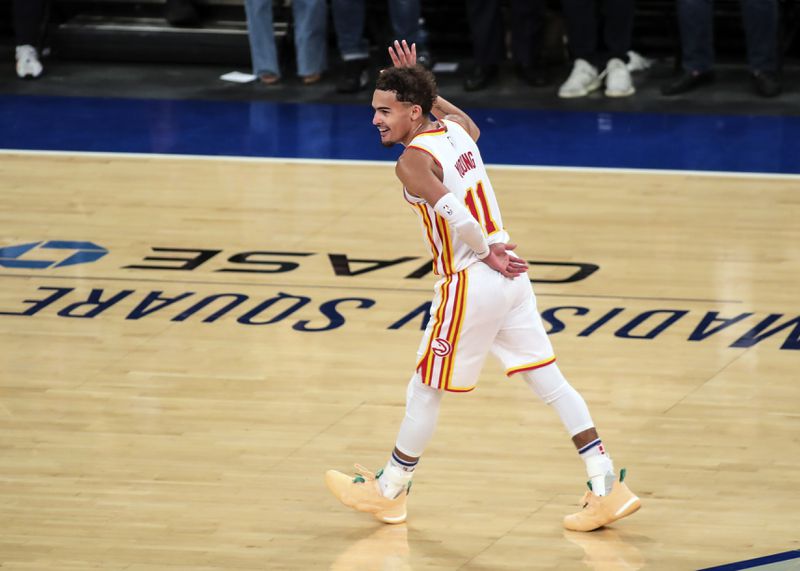 Wendell Cruz/Pool Photo via AP
Atlanta Hawks guard Trae Young waves to the crowd after making a 3-point shot against the New York Knicks in the fourth quarter of Game 5 of an NBA basketball first-round playoff series in New York.

The plucky young Atlanta Hawks took the eventual champion Bucks to six games in the Eastern Conference finals and they proved that they are not a team to be overlooked any longer. They’re running it back for the 2021-22 season and it should land them a top spot in the East.

The Knicks and the Heat were both playoff teams last season but they weren’t playoff teams that anyone really believed had a chance at a title. They will probably still be playoff teams but both squads are going to be looking to raise the ante a little bit this time around.

The additions of Kyle Lowry, Tucker, Markieff Morris and the re-signing of Victor Oladipo in Miami add depth to a team that probably would have been good even if they would have run things back. And, adding Kemba Walker and Evan Fournier to a Knicks team that finished the 2020-21 season at fourth in the East is a pretty good indication that they’ll be able to make some more noise this season. 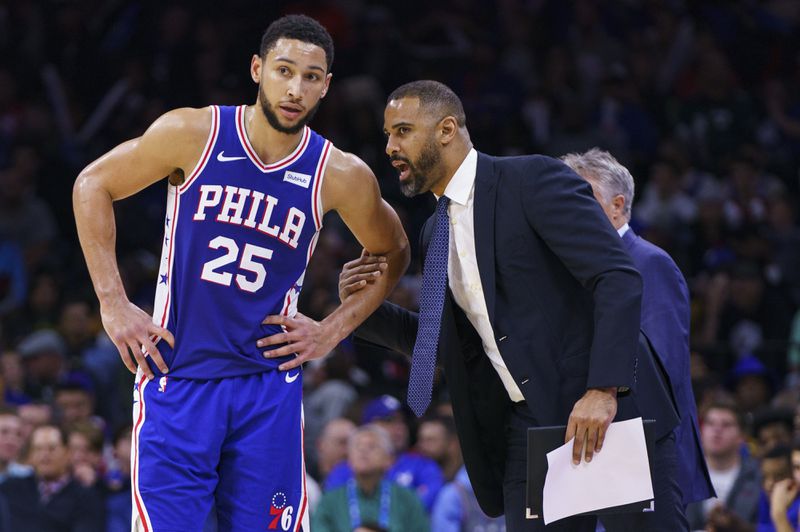 Chris Szagola, Associated Press
Philadelphia 76ers’ Ben Simmons, left, listens to former assistant coach Ime Udoka, right, during game against the Sacramento Kings in Philadelphia. New Celtics coach Ime Udoka says it became evident early this offseason that of the open NBA jobs, Boston was the best available because of the talent on its roster.

For the East, this tier might as well be called, “They should be good but who knows???” Every single one of these teams have huge amounts of talent and experience in the postseason but it could really all go sideways depending on how things shake out.

The Ben Simmons saga in Philadelphia is most likely going to dictate how this season goes for the Sixers. If he stays, they have the same problems they’ve had for years. If he goes elsewhere, will the incoming haul be enough to push them into the next tier?

Jayson Tatum, Jaylen Brown and Marcus Smart are some of the best players around, but Boston hasn’t quite figured things out around that core. The Celtics made some changes on the roster, have a first-time head coach in Ime Udoka and Brad Stevens is now running the front office. Will it work? We’ll see.

In the post-Lowry era, how is this Raptors team going to fare? They still have championship holdovers in Fred VanVleet, Pascal Siakam and OG Anunoby, but it’s a whole new ball game now. They should be good, but I don’t think anyone would be surprised if they didn’t make the playoffs.

In my opinion, the Chicago Bulls are absolutely the League Pass team heading into the 2021-22 season. Zach LaVine, Nikola Vucevic, DeMar DeRozan, Lonzo Ball, Alex Caruso and a host of really athletic young guns should be able to score a lot of points. Is that going to make them one of the good teams? I hope so because it seems like a really fun team to watch.

The teams with zero expectations​ 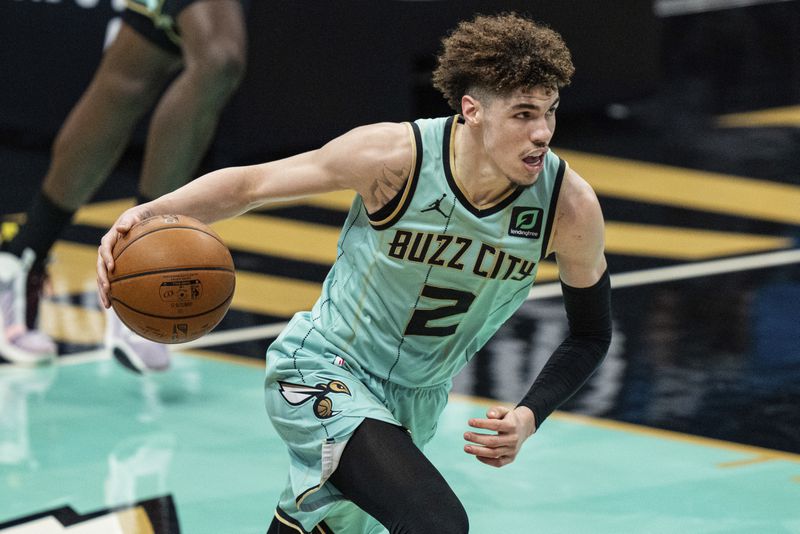 Jacob Kupferman, Associated Press
Charlotte Hornets guard LaMelo Ball brings the ball up against the Los Angeles Clippers during a game in Charlotte, N.C. Ball’s versatility as a passer, scorer and rebounder earned him NBA Rookie of the Year honors in 2021.

If any of these six teams make the playoffs their season will be called a success.

The Pacers are coming off a season in which there was fighting between players and coaches during games, trade rumors about Bradley Beal and the Wizards have literally been happening for years, the biggest story out of Charlotte is that LaMelo Ball is good, the Cavaliers haven’t been relevant since LeBron James left, the Pistons got the No. 1 pick in the draft and are really happy about it and the Orlando Magic are also an NBA team.

That might seem like harsh analysis but it’s the truth. Real growth from any one of these teams would really add something to the Eastern Conference, but no one is expecting much.