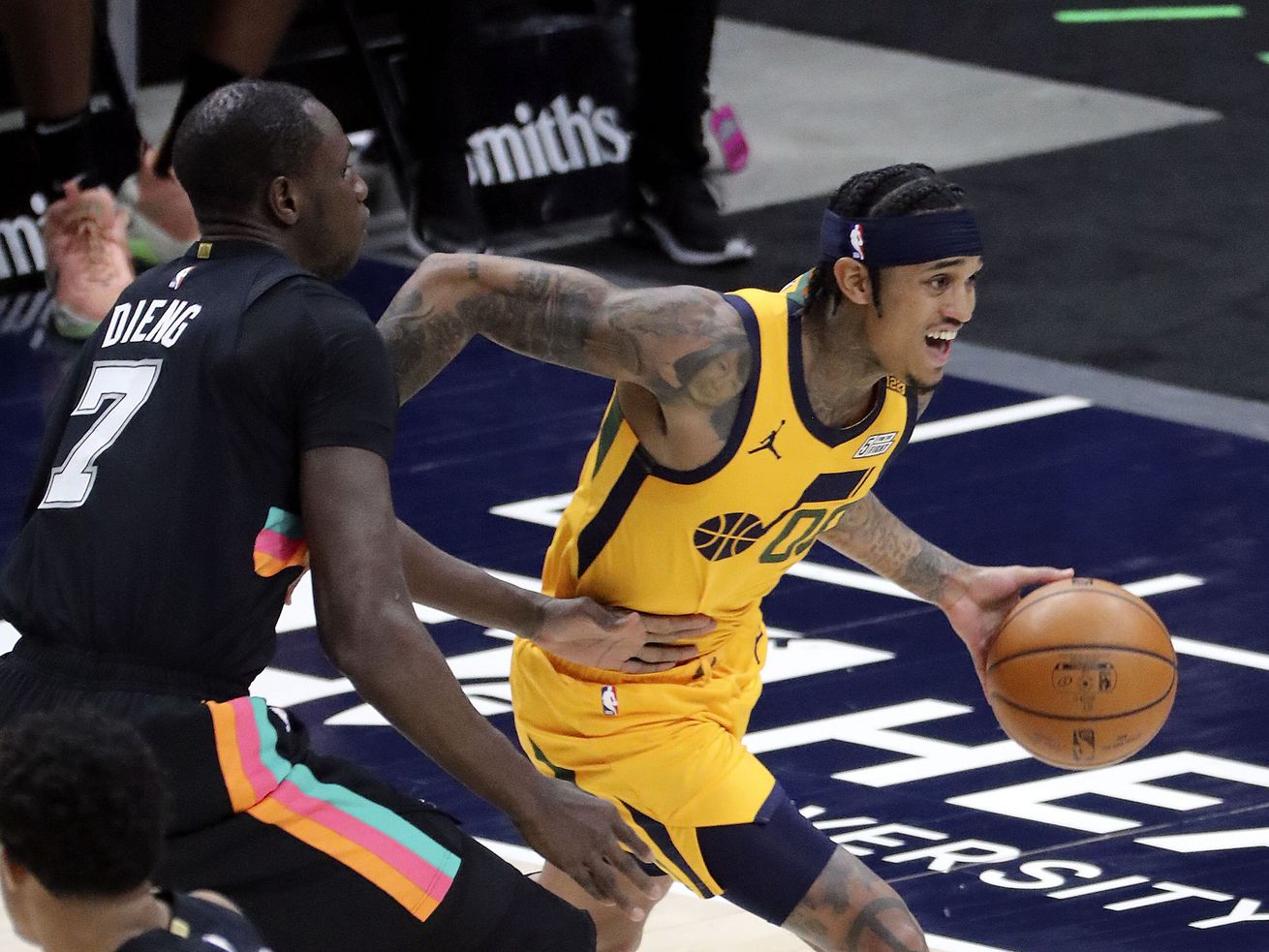 It was February 21, 2020, and the Utah Jazz suffered a bad loss to the San Antonio Spurs. The thing is, the loss could have been predicted based on what jerseys the Jazz wore that night — their gold “Statement” jerseys. The loss moved Utah’s record to just 1-7 on the season wearing those threads, and in truth, the Jazz hardly even kept any of those seven losses close.

At that point, even players felt the “curse” of the jersey that was floating among fans, and asked that it be taken out of the team’s circulation, never to be worn again the rest of the season.

As this season began, the jersey was brought back into circulation and first worn on Jan. 19 against the New Orleans Pelicans. Fans were antsy, but Utah took care of business, winning 118-102. Six more times before Monday night the Jazz wore them, and six more times they won.

Whatever had plagued Utah last season had officially been lifted.

Then on Monday night, the Jazz donned the Statement jerseys for what is scheduled to be the final time of the regular season and came away with another win to finish 8-0 in the threads.

Of course it happened against the Spurs. Statement made.

After the game, forward Bojan Bogdanovic said he hasn’t been paying attention to the jersey saga, but is fully open to the idea that his team now wear the gold get-up as much as possible for when wins and losses start to matter most in a few weeks.

“I don’t care, honestly,” he said. “I didn’t even know that they complained last year, but if you’re undefeated, let’s save those jerseys for the playoffs.”