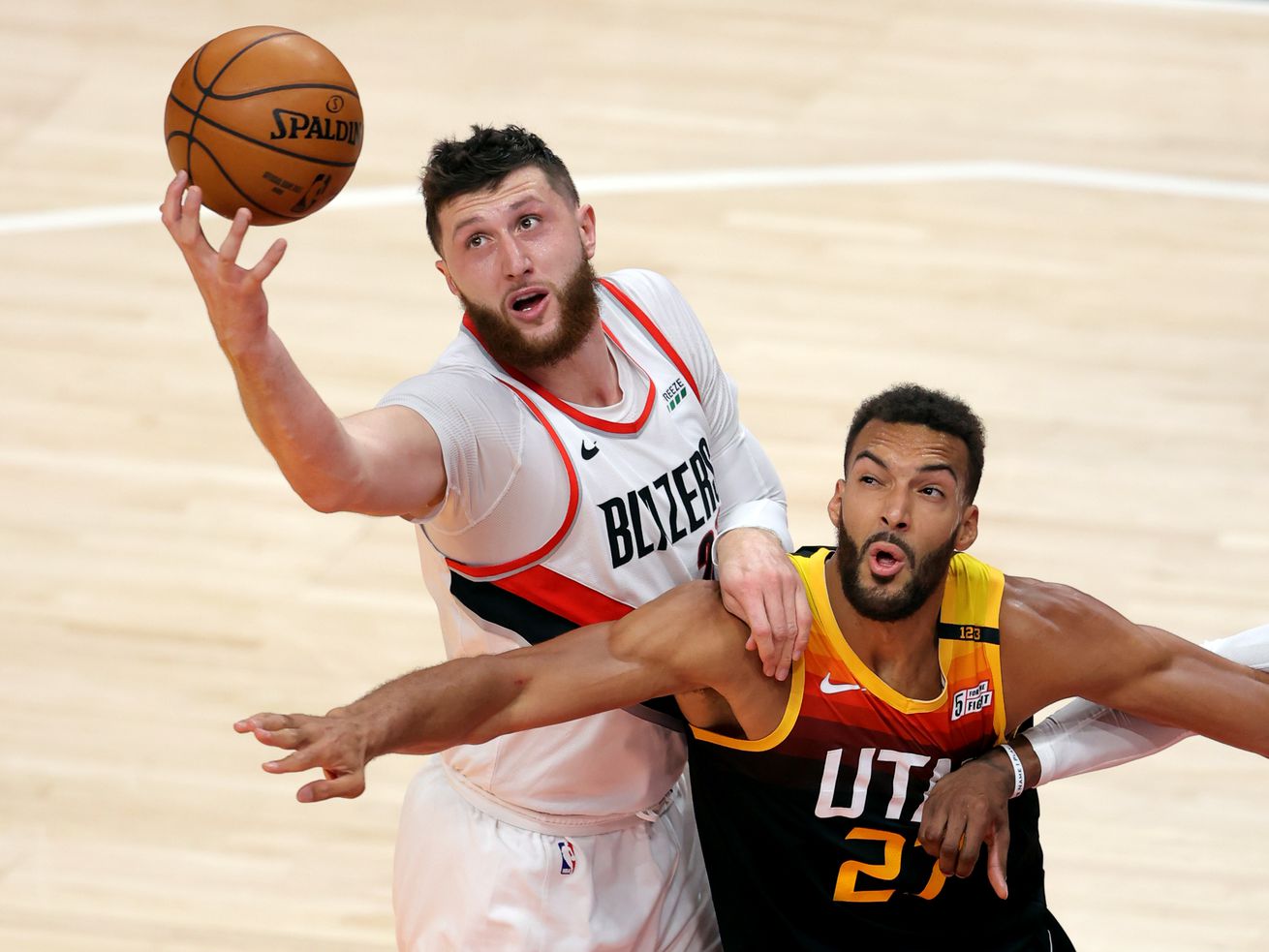 
This article was first published as the Jazz Insiders newsletter. Sign up to receive the newsletter in your inbox each Thursday.​

It takes a lot of work to be a good NBA defender. It takes even more work to be the best.

Rudy Gobert won his third Defensive Player of the Year award in four years on Tuesday and when asked about the amount of work it takes to become one of the greatest defenders the league has ever seen, he didn’t shy away from saying how much has gone into getting to this point.

“It takes relentless dedication every day,” Gobert said. “In this league, we have so many games, being able to stay healthy and being able to stay strong, being able to try to bring it every single night for my team, it’s a challenge. It’s a lot of hard work and dedication and things that people don’t see. People that watch might think it’s easy, but if it was easy everyone would do it, and it’s not.”

Gobert credited the Jazz’s coaching staff and his teammates for pushing him and holding him accountable. It’s their support and their encouragement that keeps him motivated to continue to work every day, he said.

That’s a very reciprocal relationship though, because his teammates are encouraged and want to do better, especially on the defensive end, because of how much work Gobert puts in and the success that he’s had.

“He makes us all better defenders,” Joe Ingles said of Gobert. “He lets us be more aggressive because we know he’s got our back. It’s nice to have a big 7-foot Frenchman back behind you, knowing that whatever happens out on the floor, he’s going to go and try and help you.”

Gobert said that as far as accolades go, the next thing that he wants is to win an NBA championship and that he would take a small moment to appreciate becoming just the fourth NBA player to win DPOY honors three times, before turning his full attention back to the Jazz’s current playoff run.

Though Gobert might not be focused on winning any more DPOYs, his teammates are proud and believe that his third won’t be his last.

“It’s a proud moment for our organization and obviously for him to win three of them,” Ingles said. “I highly doubt it will be the last one. He’s 28, he’s got a while to go, he’s looked after himself on and off the court. So yeah, proud of him.”

New with the Jazz​

Stat of the week​

This week on Unsalvageable​

New episodes come out every Wednesday with bonus episodes to come often and a recap episode after every playoff game. You can listen on Apple Podcasts, Spotify, Stitcher, Overcast and anywhere else you stream podcasts.

This week in Jazz history​

On June 7, 1998, the Chicago Bulls beat the Utah Jazz, 96-54, in the most lopsided game in the history of the NBA Finals. The 54 points by the Jazz is also an NBA record for fewest points in a game since the inception of the 24-second shot clock.

USA Basketball to hold camp in Las Vegas ahead of Tokyo Olympics.

Up next: NBA playoffs​