Deseret News - Why Mike Conley and Joe Ingles will both be in the Utah Jazz’s starting... 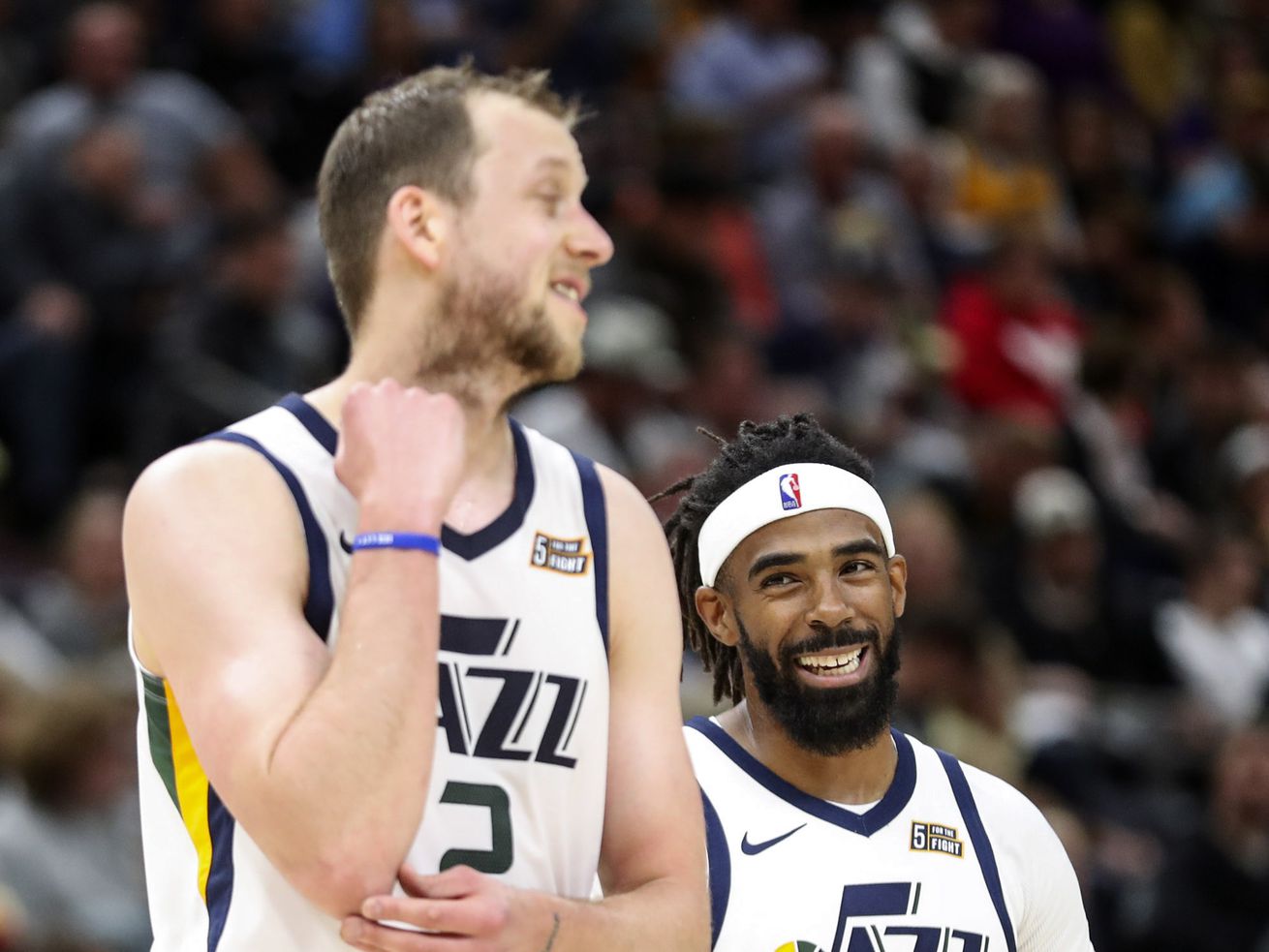 Andy Bailey, a Forbes contributor and Utah Jazz-centric writer for Bleacher Report, has you covered.

On Wednesday alone, the writer/podcaster/attorney penned two pieces for Forbes on the Jazz, one of which tackled the reintegration of Conley into the Jazz’s lineup.

With the team currently in the midst of an NBA-best 10-game winning streak, questions have been raised about Utah’s starting lineup and whether or not the return of Conley will negatively impact a unit that has been among the league’s most deadly.

As far as Bailey is concerned, though, there is no chance Conley comes off the bench.

“Conley is Utah’s highest-paid player,” Bailey writes. “He’s been in the NBA for over a decade. He’s started over 95% of his 810 career games. And the Jazz traded three players, as well as draft compensation, to acquire him. Bringing him off the bench would be more than a tough sell. Furthermore, Conley’s now had plenty of time to learn Quin Snyder’s system as an observer. Perhaps he’ll be more prepared for his role with the Jazz upon his return.”

That logic would suggest that forward Joe Ingles will return to a bench role.

Not so fast, says Bailey, possibly in a spot-on Lee Corso impression.

“Ingles floundered (as a reserve), averaging 7.6 points and 3.5 assists, with a 49.6 true shooting percentage,” he writes. “As a starter, he’s at 14.8 points and 5.8 assists, with a blistering 69.3 true shooting percentage. To this point, he’s played 20 games in each role. Utah’s 16-4 when he starts, compared to 12-8 when he doesn’t.... When he’s creating for bona fide finishers, Ingles looks like a slow-motion Manu Ginobili (tip of the hat to Bleacher Report’s Grant Hughes). In those same alignments, he takes some pressure off drivers by merely being at the three-point line. The impact of all of those skills was muted when he was coming off the bench. Sending Ingles back to the role feels almost impossible now.”

To that end, Bailey expects forward Royce O’Neale to get a reserve role going forward.

How to impact winning without tallying a box-score stat, starring Rudy Gobert (A Twitter thread)

In Defense Of The ‘Screen Assist’ In The NBA (Forbes)

In the wake of Ken Jennings — a BYU graduate — becoming the greatest Jeopardy player of all-time, the Jazz put together a few custom jerseys for him, apparel befitting of the GOAT.


Hey @kenjennings: Which one should we send over? pic.twitter.com/mV0poOIJ00