Salt City Hoops - The Jazz are Back: Preparing for the Bubble Sans Bogdanovic 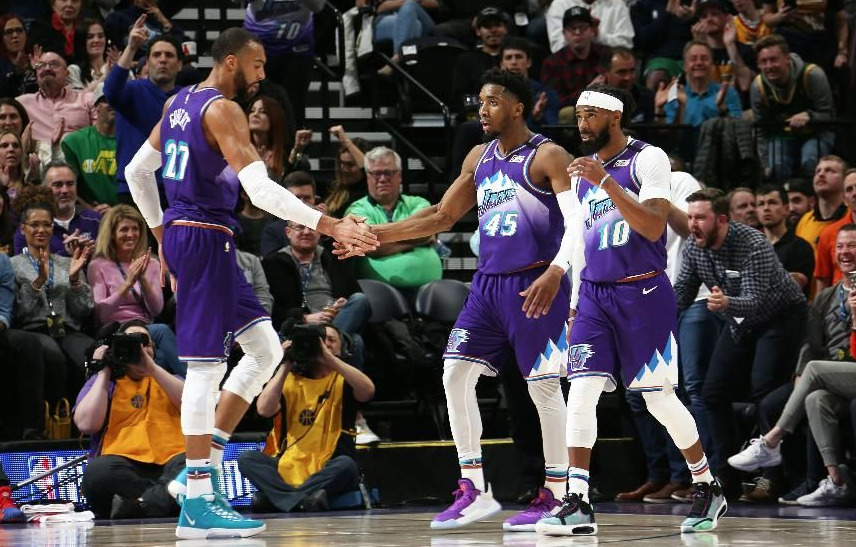 The Jazz will retake the court in late July, per the NBA’s current season resumption plan. (Melissa Majchrzak via espn.com)

Jazz basketball is almost back! The NBA suspended play nearly three months ago after Rudy Gobert became the first player to test postiive for coronavirus. Now, after working through resumption plans with the Players’ Union, the league announced that it’s going to Disneyworld to finish the 2019-20 season. Due to the pandemic, the NBA will bring only 22 of the league’s 30 teams — including the Jazz — to Orlando to finish the season and crown a champion. In the Disney bubble, the NBA will place strict rules on its players, coaches and others to (hopefully) keep all who attend safe and healthy.

There will be an eight-game schedule for each team to help them get ready for the playoffs. There were many ideas on how the NBA should finish off the season, such as a World Cup-style tournament with a group play phase. But in the end they will keep tradition alive and play the classic Eastern Conference versus West Conference playoff format. NBA Commissioner Adam Silver will add a new dimension by having a mini tournament for the last playoff spot in each conference. Luckily for the Jazz they won’t have to participate in this. Their spot as one of the top seven seeds is secure.

The Jazz will travel to Orlando to play the remaining teams left on their schedule who also earned a spot in Orlando. They will have some fun games to watch with top seeded Lakers, the Thunders and the Spurs still on the schedule. Each of these will count as warmup games for the playoffs and will help determine which seed the Jazz will be.

As of now they sit in the fourth spot, but only four games separate the third seed from the seventh. Who the Jazz will play is still to be determined. The main goal during these warmup games is to avoid falling to the seventh spot, which would result in a first-round series against the Clippers, who have the inside track to the second seed.

A team to keep a close eye on as games begin are the Houston Rockets, who are only a game back of the Jazz. Their small-ball lineups have been a bad matchup for the Jazz, plus the Rockets have knocked them out of the playoffs the past two seasons.

The bad news is the Jazz will be without their sharpshooting forward Bojan Bogdanovic, who recently had wrist surgery and will miss the remainder of the season. They may be able to replace his spot on the roster, but not without clearing a spot. That means it’s more likely that they’re replace Bogdanovic on the active roster with one of their two-way players, Jarrell Brantley or Justin Wright-Foreman. Bogdanovic’s minutes will be shared among those on the roster. Georges Niang seems likely to be the biggest beneficiary of Bogdanovic’s absence. This will test Niang since he will be asked to play outside of his role and a playoff setting isn’t the best place to try that out.

Jazz coach Quin Snyder could instead get creative and go super small. When the Jazz got healthy, Emmanuel Mudiay was out of the rotation despite having played well. Snyder could follow the Thunder’s lead and play a three-point guard lineup to help fill the void left by Bogdanovic’s injury. Mudiay has good size for a point guard at 6-foot-5 and weighing 200 pounds. In the right situations he could man the small forward position and help ease the burden. Mudiay is definitely one of the Jazz’s top eight to nine players and Snyder needs to find ways to get his top players on the court.

The league won’t resume play until late July, giving the Jazz coaching staff plenty of time to figure out the best solution for replacing Bogdanovic’s minutes, scoring and role. Bogdanovic was averaging 20.2 points per game in his first Jazz season, second-highest on the team.

One of the hot topics for Jazz fans during this time has been the reportedly strained relationship between All-Stars Gobert and Donovan Mitchell. All eyes will be on how these two interact when games begin again, even after players and front office execs have downplayed the situation, asserting that both stars are ready to move on. The concerns of Jazz fans will hopefully be resolved and even though there won’t be any more live games at Vivint SmartHome Arena this season, at least basketball is returning, something fans have missed dearly and will never take for granted again.