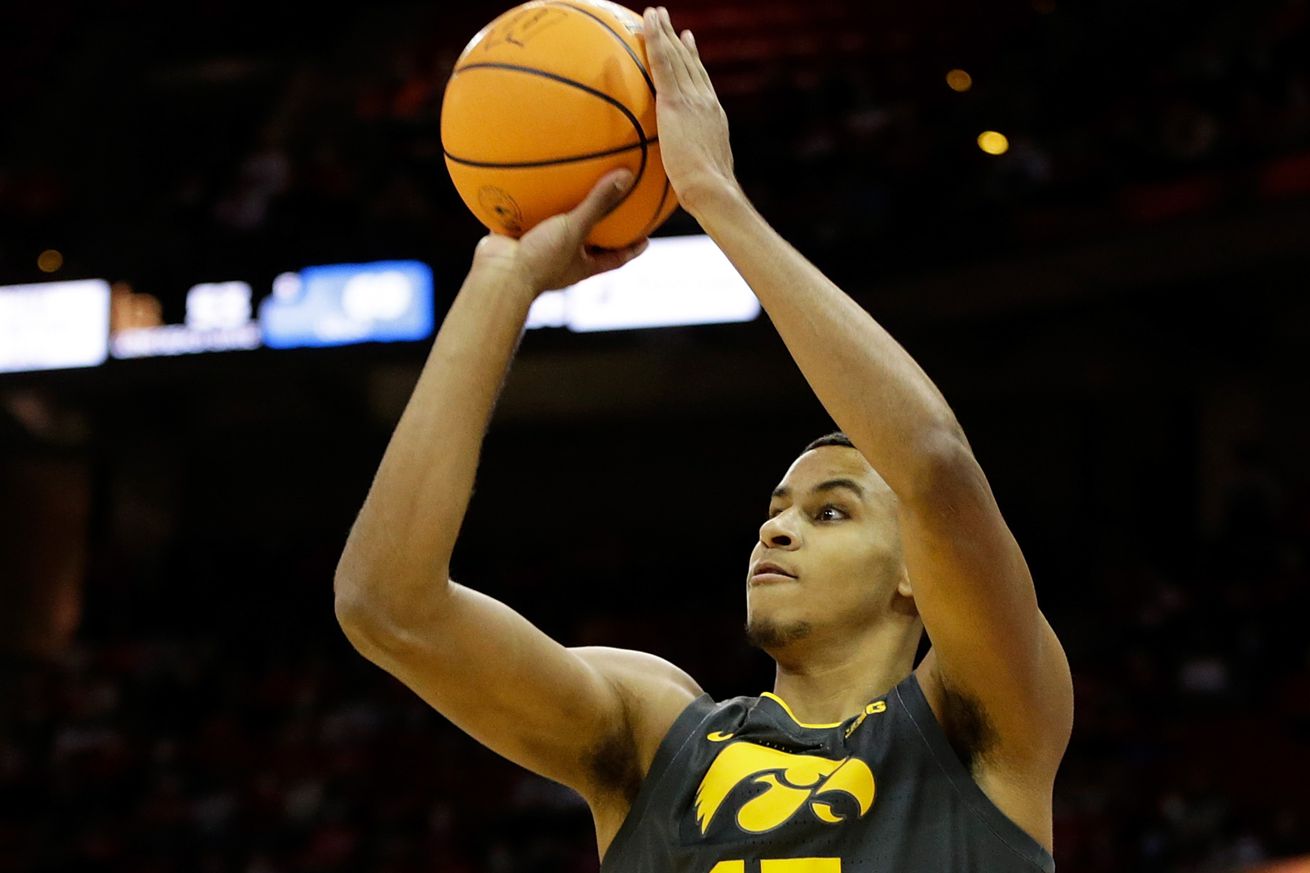 Keegan Murray is a skilled, lanky forward capable of shooting, scoring, and playmaking. He’s a versatile, cerebral defender with good instincts for jumping passing lanes and helping from the weak side. He’s smooth and fluid with the ball in his hands, equally capable of rising and firing over defenders off the dribble or taking it to the rim, where he finished 73% of his attempts.

Murray is a late bloomer and was not highly-recruited in high school. Keegan and his twin brother, Kris, have fueled their intense workouts with a competitive sibling rivalry. From Rick Brown at Sports Illustrated:

One of the reasons Keegan’s game has grown is because of the intense sibling rivalry he has with his twin brother, Kris, who also signed with the Hawkeyes when his brother did and is also expected to play a significant role on this year’s team.

“Having him here has helped a lot,” Keegan said. “In the offseason we’d come here (Carver-Hawkeye Arena), just the two of us, and work on being competitive. We played a lot of one-on-one. Just having him throughout my basketball journey has been incredible for me. We’ve just kept pushing each other our whole lives, and it doesn’t stop here.”
Click to expand...

Heading into this past season, the departures of Luka Garza (24.1 ppg) and Joe Wieskamp (14.8 ppg) left massive voids in the scoring and shooting departments. Although Murray was solid as a low-usage role player off the bench during his freshman season, 3-point shooting and scoring were not strengths.

Iowa needed a player to take “the leap” this season and step into a leadership role. Murray’s responses were:


Murray improved in every facet of the game and led Iowa in scoring, rebounding, blocks, and 3-point shooting (in both volume and efficiency). He was also 2nd on the team in steals. He tripled his scoring output while increasing efficiency, and was more dynamic and dangerous as a playmaker, doubling his assist rate while decreasing his turnovers.

Versatility - Mismatch nightmare, can fill a variety of roles on either end of the court. His skill set fits seamlessly into any offensive or defensive scheme.

Feel - Excels tracking the ball in the air and reading angles for offensive rebounds. Good instincts and court awareness, seems to always be in the right place at the right time.

Scoring - Efficient scorer at all three levels. He’s effective in the pick-and-pop/fade, spotting up, coming off screens, and with an occasional step-back. Off the dribble, he’s capable of taking it to the rim, pulling up from the mid-range, or turning his drives into a post-up, where he can create space and finish with a variety of moves.

Shooting - After struggling from deep his freshman season, Murray cleaned up his shooting mechanics and made nearly 2 threes per game on 39.8% efficiency. His shooting volume off the dribble (particularly in the mid range) is an indicator of 3-point success in the NBA.

Playmaking - Although he’s not a high-volume playmaker by any stretch, his court vision - particularly in transition - hint at playmaking upside. He’s great as a “grab n go” transition playmaker after a defensive rebound, and he often manipulates defenders with his eyes or dribble to set up a pass or driving lane.

Defensive impact - Defensive impact is impressive (1.9 blocks, 1.3 steals). He should be capable of guarding multiple positions (likely 2-4) at the NBA level. He’s a solid help defender, is fantastic at jumping passing lanes for deflections and steals, and has some upside as a weak side shot blocker.

Lateral quickness - Although he’s a fluid athlete, Murray lacks elite quick-twitch athleticism. This may limit his ability to create separation or finish in the paint at the next level. In college he often relied on a height/length advantage to shoot or finish over defenders. Defensively, his good-but-not-great lateral quickness could cause issues when switching onto guards.

Age - While many NBA teams (see: Memphis Grizzlies) have stopped caring about a player’s “draft age” and instead focus on their skill set and abilities, some still shy away from drafting older, more NBA-ready prospects in favor of younger players with more “upside”. (FWIW, I don’t believe his age is a weakness. He’s the most NBA-ready prospect in the draft and his “late bloomer” status means there’s still room for development.)