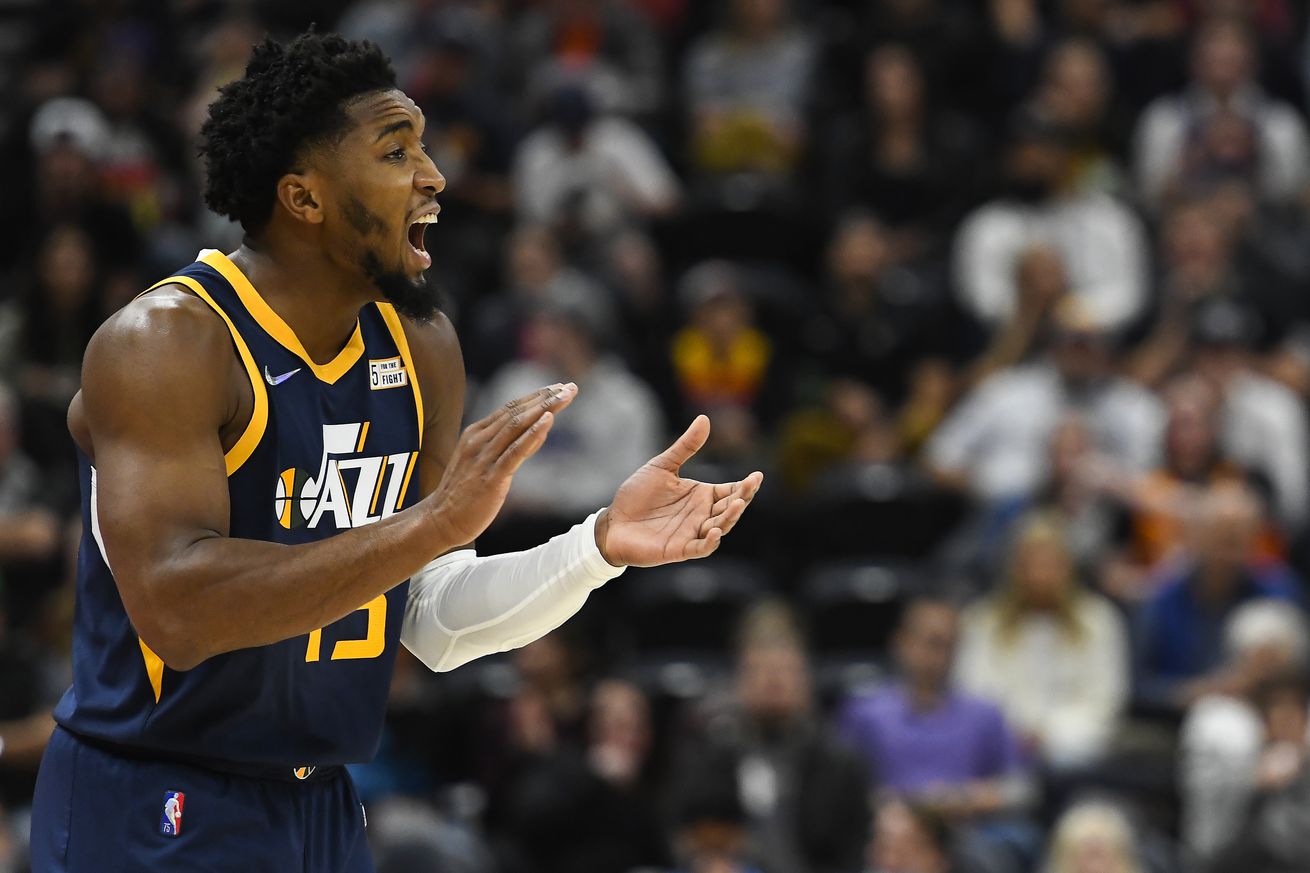 Are the Utah Jazz going to facilitate a trade with the Lakers and Russell Westbrook?

If there’s one thing we’ve likely not see the last of, it’s trade rumors involving Donovan Mitchell. There’s been multiple rumors flying around and the most recent one’s have been coming from Michael Scotto of Hoops Hype who talked with Utah Jazz beat writer, Tony Jones recently. Jones was on the Hoops Hype podcast with Scotto and they went over the different rumors involving the Jazz and the New York Knicks.

Here’s what Jones had this to say about the most recent trade talks.

I don’t think the two sides are close. I don’t think they have been close. We’ll see what happens as the urgency of training camp looms. The Jazz want what they want, which is picks out of this deal, and they want young guys on short or rookie contracts. By definition, that means Toppin, Grimes and Quickley. They’re good young players, and the Knicks want to protect those guys. The Knicks don’t necessarily want to put in their young guys. They want to try to unload some undesirable contracts. The Knicks don’t want to unload Derrick Rose. He’s long been a favorite of Tom Thibodeau. I know the Knicks want to hang onto him and Grimes. Those guys are priorities.
Click to expand...

It appears that’s the stalemate, especially with Grimes. As we approach training camp we’ll see what happens and if the Knicks or Jazz budge on what they want.

The thing that’s getting surprising, is how often those rumors involve the Lakers in different ways. We’ve seen multiple rumors of a possible Russell Westbrook to Utah trade now, and we recently got another one. This one again from Michael Scotto. In his most recent article, he first mentions the latest rumors with Donovan Mitchell and what the Jazz are expecting.

According to multiple NBA executives who’ve spoken to the Jazz about trading for Donovan Mitchell, Utah is seeking as many draft picks as possible and isn’t prioritizing win-now players. Utah is looking to land a bigger haul for Mitchell than the Rudy Gobert trade that netted four first-round picks and 2022 first-rounder Walker Kessler from Minnesota, league sources told HoopsHype. There’s a belief it’ll take five or even six first-round draft picks to land Mitchell.

Once that Donovan Mitchell trade happens, it’s going to get pretty wild in the NBA. But the craziness might start with that trade. Scotto mentioned that the Lakers have tried to get involved in the Donovan Mitchell trade negotiations to see if they can somehow turn Russell Westbrook into viable players to fit around LeBron James. Here’s what Scotto said.

The Lakers had conversations about joining the Jazz and Knicks a few weeks ago in a potential three-team trade, league sources told HoopsHype.

The proposed three-team trade scenario included Westbrook going to Utah and getting bought out. Utah would send Donovan Mitchell to the Knicks, a combination of two players, including Patrick Beverley and Jordan Clarkson, Bojan Bogdanovic or Malik Beasley to the Lakers, and the Jazz would receive significant draft pick compensation from the Knicks and Lakers. The Knicks also would’ve had to part with veteran salary filler(s), such as Derrick Rose to help make the salaries work.
Click to expand...

A Lakers/Jazz/Knicks trade involving Mitchell and Westbrook would absolutely detonate the NBA landscape, but this trade makes a lot of sense for the Jazz for various reasons. Will the Jazz make a move soon? Or will we be writing about more rumors all of August? My bet, we’re going to be hearing a lot more rumors and things will only ramp up as training camp approaches.