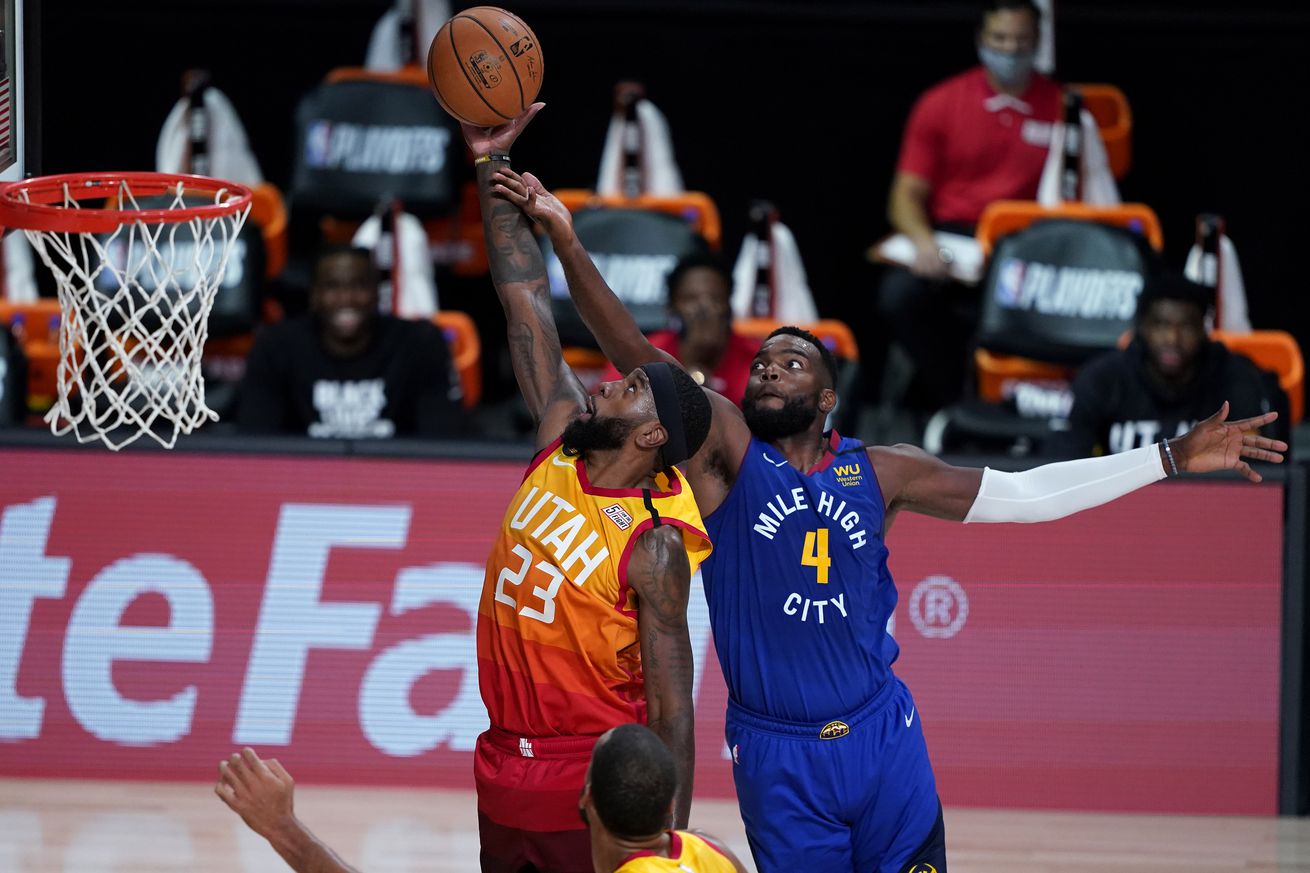 The fourth-year forward is averaging 7.5 rebounds per game, how is it impacting the Jazz?

Royce O’Neale’s role in the machine of the Utah Jazz is pretty limited. His usage rating defies logic to a degree as it has gone down each of his four seasons despite him seeing an increase in minutes per game in each of those campaigns.

All that said, he’s a valuable piece, just not the one who you’ll see lighting up the scoreboard. Where O’Neale has traditionally made his impact is on the defensive end and the occasional spot-up/catch-and-shoot 3-pointer (there’s probably a term to describe his type of player). His versatility on the defensive end in guarding anyone 1-4 is a valuable asset on a team, especially given the lack of great perimeter defenders outside of Royce.

This year, there’s another impact O’Neale seems to be trying to make and it’s coming on the glass. A career 4.1 boards per game rebounder through his first three seasons, Royce has opened the 2020-21 season with a 7.5 per-game rebounding rate through 11 games.

Only 10 players in the shot clock era have averaged at least 7.5 rebounds per game for a full seasons while standing 6-foot-4 and under. Notable members of this club are Hall of Famers Paul Arizin, Cliff Hagan, Jason Kidd and Jerry West. Russell Westbrook is the only active player to have done it over a full season.

How exactly O’Neale has achieved this jump in rebounding total is likely not a terrible mystery. He’s crashing the boards more and is also likely spending more time guarding power forwards given he’s the nominal starter at that position (at least according to the guy announcing the lineup at Jazz games, every lineup estimation I can find says he plays SF whenever Joe Ingles or Bojan Bogdanovic share the court with him). He played this role a lot last year when Bogdanovic came to town and O’Neale went from averaging 3.4 and 3.5 rebounds as a rookie and sophomore to 5.5 last year.

The positional shift and perhaps minor adjustment in mentality on defense likely accounts for the jump in defensive boards. On offense though, he appears to be adding a new tendency which is making him a danger to grab offensive rebounds, something he’s never been before with his career average of 0.3 per game his first three seasons. Here’s a play that personifies this new wrinkle to Royce’s rebounding.

O’Neale has usually grabbed between 22 and 27 offensive rebounds per season but he’s already at 16 this season. Seven of those 16 have been of the above variety, i.e. he’s hanging around the weak side, crashes the glass when a teammate takes a shot and snags the rebound. This doesn’t fully account for the radical increase, but it’s the more likely thing capable of sustaining his current volume for 72 games. It’s a pretty good use of his time out on the perimeter. He’s hardly involved in the offense otherwise so why not go after a few extra scrappy rebounds?

So is he making Utah a better team though his rebounding on both ends? Well oddly enough, he’s arguably not even making the Jazz a better rebounding team. His on/off stats paint the picture he’s not an overall positive impact on the boards in and of himself despite his individual increase. Per Basketball Reference, Utah’s total rebounding percentage rises by 1.0 percent with O’Neale off the court and opponent’s offensive rebounding rates go slightly up as well. Not a great thing to learn if you’re Royce after putting in all that effort.

If you look a little harder for positive impact, there’s a decent correlation between O’Neale’s rebounding jump and an increase in Utah’s tendency to get into transition off live rebounds. The Jazz went from a 23.1 percent transition frequency in 2019-20 to 30.6 this year and when he’s on the court Utah’s tendency to go into transition off live rebounds goes up 3.0 percent vs when he’s off. Is his rebounding the causation here? Taking a brief look at the film suggests not really. O’Neale’s impact in transition probably comes more from him leaking out down the court when someone else grabs the board.

Getting rebounds themselves has been a transition for O’Neale in his move down the lineup card. The question now is can he turn the raw stats into meaningful impact in this specific area.