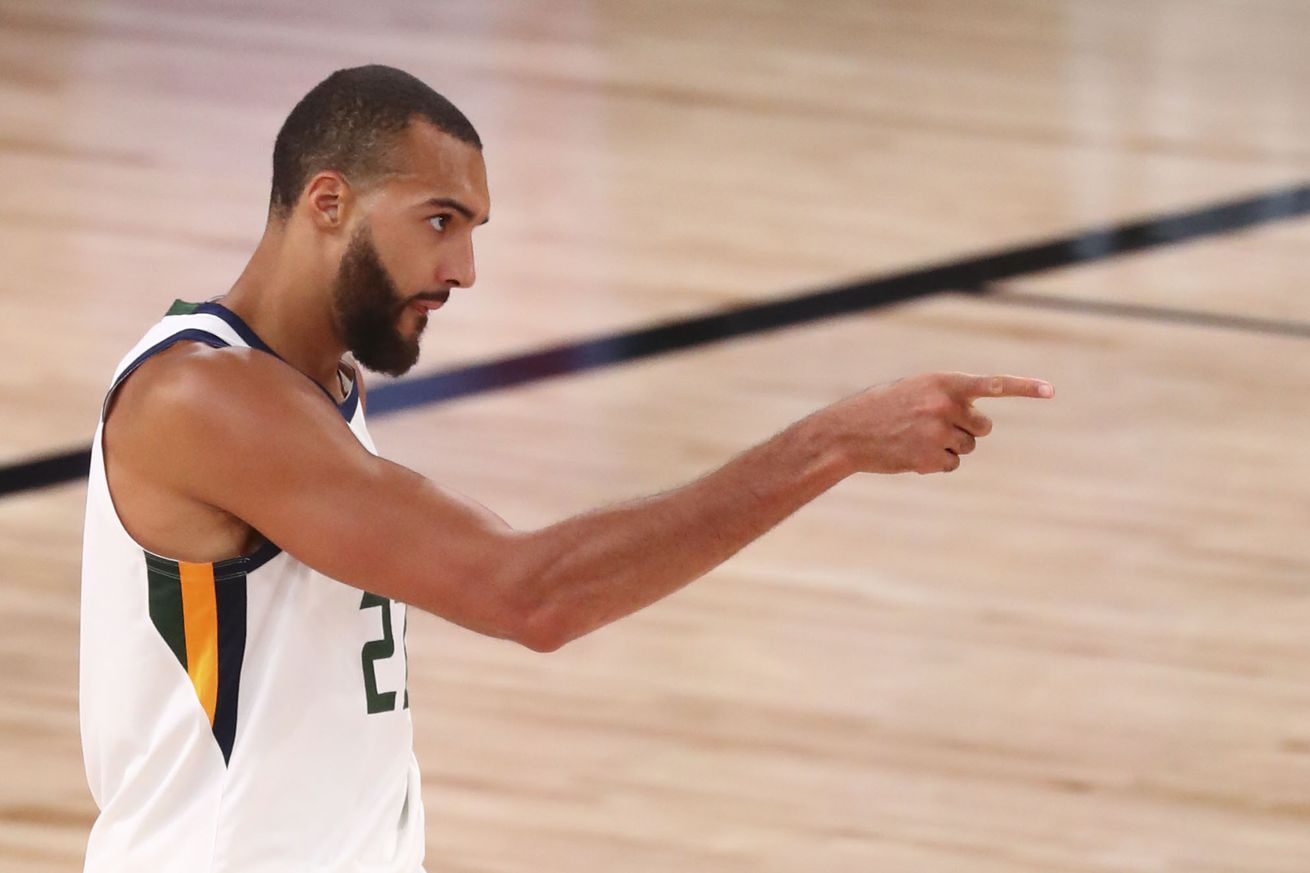 Photo by Kim Klement-Pool/Getty Images
Another great accomplishment for Gobzilla.

The All-NBA teams were released this afternoon, and Rudy Gobert found his name on the list once again. Gobert was named to the All-NBA Third Team, his second appearance on the third-team along with last season. This adds to his impressive resume, with three overall selections to All-NBA teams (2x third team, 1x second team) along with his two Defensive Player of the Year awards, four selections to All-Defense team and his recent All-Star selection. Getting named to an All-NBA team is no small feat, and is something only six other Utah Jazz players have had the opportunity to do.

Gobert received one first-team vote, 19 second-team votes, and 48 third-team votes for a total of 110 points.

The underdog story of Rudy Gobert continues to be incredible, with the list continuing to grow of people that he has proven wrong, and accomplishments that he has achieved that he had no business doing. Congrats to Rudy on another great season, and a much-deserved selection to an All-NBA team.

Donovan Mitchell received one second-team vote and seven third-team votes, which is impressive in it’s own nature given the depth of talented guards in today’s NBA.