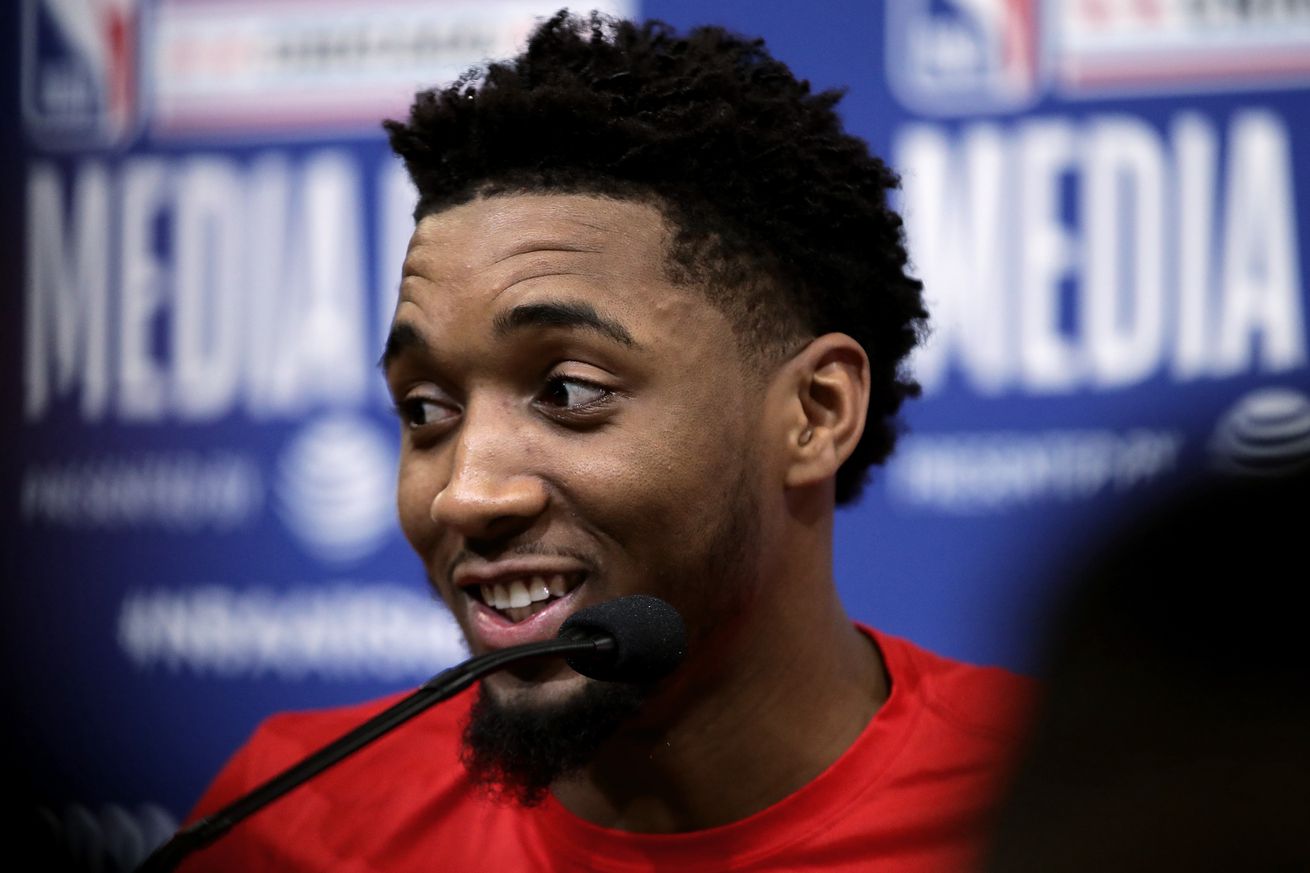 Some of the most interesting tidbits from Utah Jazz Media Day

The NBA season is upon us!

Utah Jazz Media Day is officially done and there were some interesting takeaways from the first look at the 2021-22 roster. Here’s the most notable stories from today.

The Jazz announced a lot of front office changes. Probably the most notable move was the VP of performance health care leaving.

Jazz announce that VP of performance health care Mike Elliott has “decided to pursue other opportunities outside of the organization.” Utah star Donovan Mitchell clashed with Elliott during ankle rehab process and due to decision for Mitchell to sit out playoff opener.

Donovan Mitchell’s frustration from the late pull before Game 1 against the Memphis Grizzlies was highly publicised and it’s now clear who he struggled with. The Jazz have made it a big point to do right by their young star guard. Bringing on Eric Paschal was one of the most recent moves. Now, by parting ways with Mike Elliot, it’s another clear sign the Jazz are trying to let Mitchell know they are on his side. It’s a good move by the Jazz.

With all the nonsense being spouted by players like Bradley Beal, Andrew Wiggins and Kyrie Irving, it’s nice to see the Jazz players being so responsible.

Justin Zanik says the Jazz are 100% vaccinated across players and staff. “I’m proud of them.” pic.twitter.com/K0oPfSnyNz

This is no small thing and should be celebrated. Obviously there’s always a chance of a breakthrough case, but this bodes well for the Jazz to be less likely to have players miss games because of COVID. Not only will the players, and their families, be more protected because of this, it will likely give them a competitive advantage during the season when other teams inevitably have players miss time needlessly with a COVID diagnosis.

The Jazz are very high on Jared Butler​

Because Butler was held out of summer league, Jazz fans haven’t gotten to see what he brings yet. One of the nice bits of information from Media Day was how hight the Jazz are on Butler.

Zanik confirms much of what I’ve been hearing on Jared Butler, the rookie from Baylor: the organization is super high on him. Expect him to play a role this season. The Jazz think he’s ready to play right now

It’s important to note that this comes from Justin Zanik. Does Quin Snyder feel the same way? The issue last season was the relationship between Dennis Lindsey and Quin Snyder and how toxic it became. Is the relationship between Zanik and Snyder better? We’ll find out. If Zanik and Snyder aren’t on the same page either, this season could go sideways.

Snyder mentioned a 9-man rotation this season. Will there be frustration if during the season we don’t see Butler getting minutes?

Quin Snyder again references a nine-man rotation, recognizes some teams play 10, but it doesn't seem like that's going to be the plan to start the year. #TakeNote | @KSLSports

Zanik is right to be excited about Butler’s potential, he’s got a chance to be a really nice complementary piece to Donovan Mitchell and Mike Conley. If Snyder has him glued to the bench and has games where the starters are playing late in the 4th quarter of blowouts, it’s going to be frustrating.

The Jazz have a fun group of players to root for​

Jordan Clarkson is fantastic. Recalling his recent experience with the local Utah news interview that went viral, Clarkson spelled his name out for the media.

MU hoops alum Jordan Clarkson at today's Jazz media day, talks about being interviewed by a Utah news reporter about going to Jazz games who had no idea he was a member of the Jazz. @JordanClarksons @utahjazz @MizzouHoops pic.twitter.com/TXDkrWCyVk

The Jazz have playoff aspirations

One of the major themes from everyone on the team was that a championship is the goal.

First @utahjazz media day in the books! Got to visit with every single player. A few constant themes.

1: the chemistry is real
2: quest for individual improvement
3: hungry for a championship

Mike Conley: this window won’t be here forever. We have to take advantage of each day and each opportunity

Donovan Mitchell: the goal is to be the last team standing

Gobert: we really feel like we have an opportunity to do something special and we know that window doesn’t stay open for long.

The Jazz are going to be a very good team this year and we’ll see if the changes they made can be the difference this year. It’s true that the Jazz have a window this year, possibly the best window they’ve ever had. If they don’t take advantage, it’s not clear if they will ever have this good of a chance again.