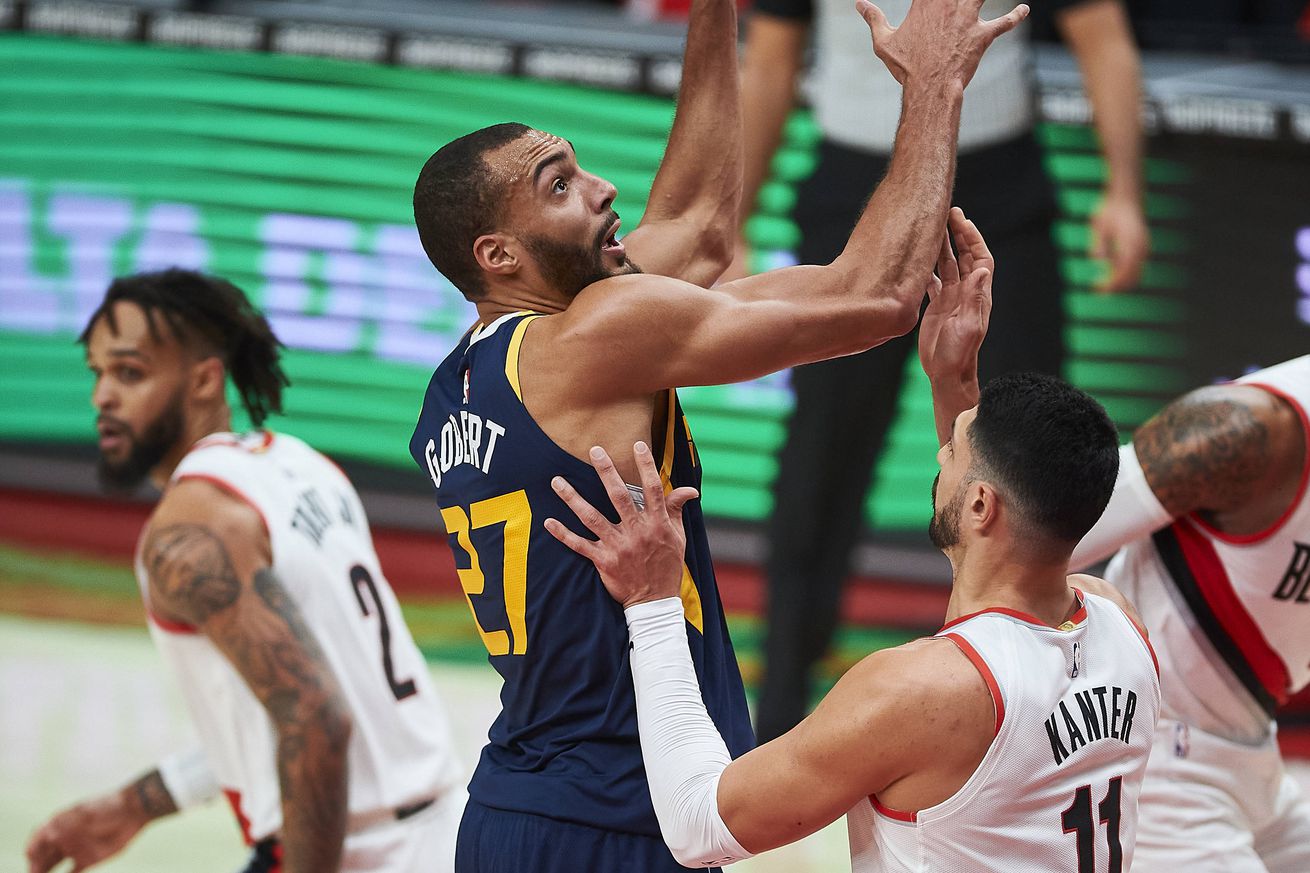 The Utah Jazz (38-13) take on the Portland Trail Blazers (30-20) at home on a back-to-back after near-comeback overtime loss to the Phoenix Suns. While losing that tiebreaker certainly leaves a bitter taste in the mouth, especially with the Suns nipping at the Jazz’s heels, fans can take heart in noting that the Jazz are a league-leading 22-2 at home this season - next closest is the 76ers at 20-5, and no other West team has fewer than 9 losses at home. The home court advantage this season is real (knock on wood).

The two teams previously played in Portland in the season opener, which resulted in a dominant 120-100 Jazz win. But things have changed - the Blazers gained additional firepower on the perimeter, having acquired Norman Powell at the deadline for Gary Trent Jr. and former Jazz first option Rodney Hood. Even with Jusuf Nurkic nursing yet another leg injury (he’s questionable tonight with right knee inflammation), when the Blazers are cooking, it’s hard to stop Powell, CJ McCollum, and Damian Lillard.

This is a rough game, coming from overtime back to elevation against a tough team. While that Suns game might have been the most “must-win” in terms of seeding, this is another game where contenders suck up and show out in. Much like that gritty early afternoon February Pacers game at the end of a tough Eastern conference road trip, the Jazz must show they can hang despite tire, wear, and disappointment.

What to watch for​

At 6’4”, Norman Powell plays more like a shooting guard than a “traditional” small forward, but in the modern NBA, that just means a more dynamic offense for the Blazers. He’s averaging a tremendous 19.4 points, 3 rebounds, and 1.8 assists per game this season (career 10.1p/2.5r/1.4), essentially playing Jordan Clarkson’s role in the Blazers rotation. He’s liable to explode if too much focus is placed on his backcourt mates - going for 32 points against the Clippers Tuesday while Lillard scored only 11. His career high of 43 points was achieved this season, again where Kyle Lowry had only 8 points (but 15 assists). Though he is listed as probable tonight, with a left big toe inflammation, with the West as wide open as it is, there’s a reason why the Blazers traded for more firepower.

The other backcourt players deserve a strong mention as well. CJ McCollum is averaging a career high 23.8 points and 4.8 assists, coming back from a fractured foot that caused him to miss 24 games between January 16th and March 16. If not for his only playing 13 games by the All Star break, there’s a chance he could have been selected. And of course, Damian Lillard has been tearing it up with 29.2 points, 7.7 assists, and 4.3 rebounds a game. If the Blazers weren’t the 6th seed right now, Dame Dolla would be a serious MVP candidate (he’s still listed at #2 on NBA.com right now).

Unfortunately for the Blazers, Jusuf Nurkic and Zach Collins just can’t seem to stay healthy, so their center rotation tonight consists of Enes Kanter and Harry Giles. Rudy Gobert can and should feast against such an offensively focused lineup. Even with Robert Covington (or Carmelo Anthony, or new 10-day signee Rondae Hollis-Jefferson) sliding over in a small-ball lineup, Rudy has shown immense improvement in defending the perimeter throughout this season.

In the midst of his physical prime, look for Rudy to challenge his career high rebounds (28, vs. the Warriors on March 14th of this year) and/or blocks (9, vs. the Bulls just a few weeks ago on March 22nd). He’ll need his team to back him up on the boards and in transition, which has been a recurring issue in losses this season (against the Suns last night, and Clippers and Pelicans previously), but this is a game where Rudy can and should truly shine.