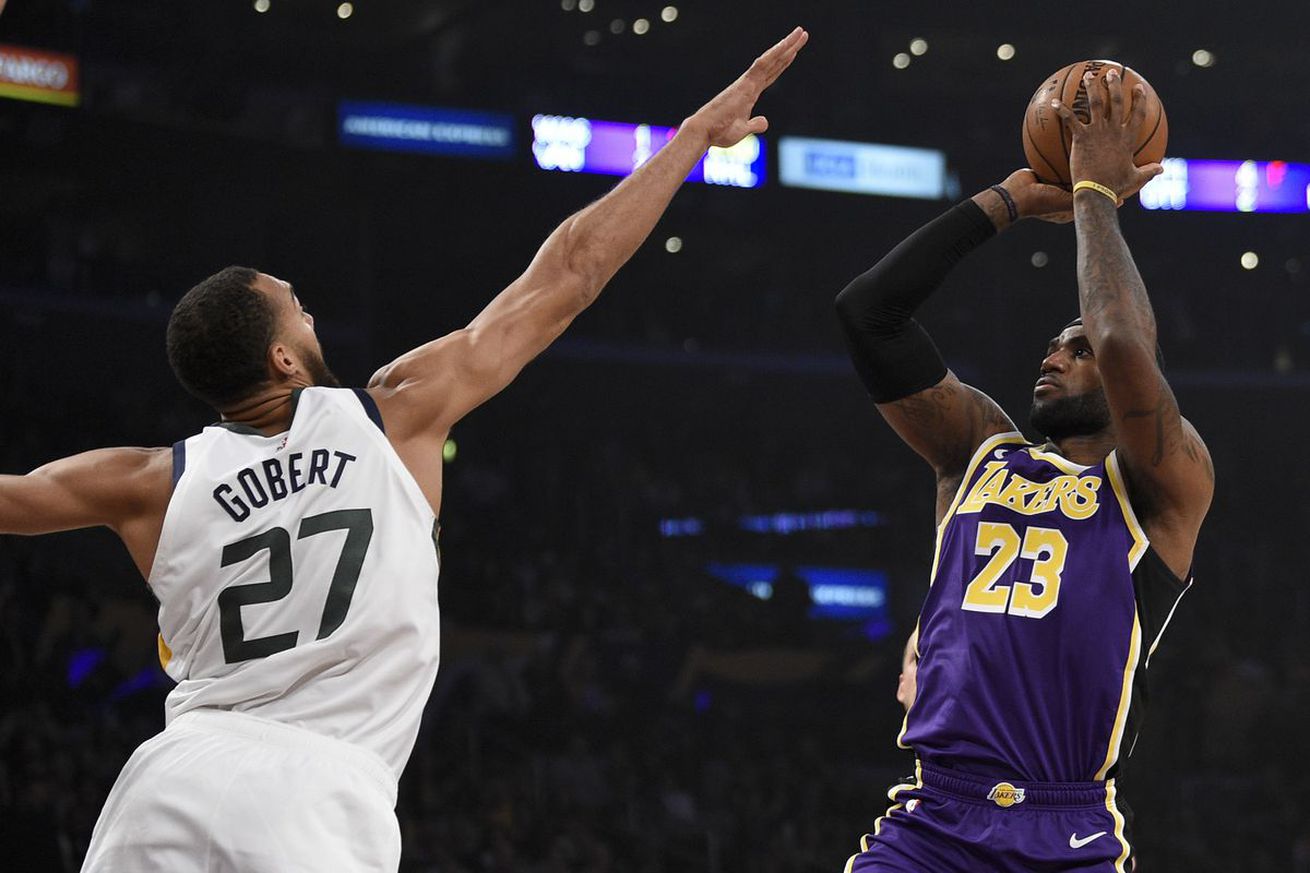 A look forward to the remaining schedules

The Utah Jazz currently hold a 3.5 game lead for first in the Western Conference. Tied for 2nd and 3rd are the Los Angeles Lakers and the LA Clippers. You couldn’t ask for better playoff positioning than that exact scenario right there. The Lakers and Clippers having to see each other in the Conference Semifinals would be very important to Utah’s odds in making it to the Conference Finals. And even give them a shot at the Finals themselves!

So how likely is it that the Jazz finish 1st in the West?

At this point, I’d say very.

Today is a fairly simple downbeat where we take a look ahead at the remaining schedules of the 3 most likely to win the West this year.

So the Utah Jazz actually have the softest strength of schedule the remainder of the season. At least based on how teams have performed thus far. Also, don’t forget that the Jazz own the tie breaker over the Clippers thanks to winning 2 out of their 3 matchups this year. The tie breaker for the Jazz and Lakers has yet to be determined. Game 1 of their season series starts tomorrow. Big game!!

Record and Games Left Against Opponents >0.500​

By the way, the only team in the league with a better record against winning ball clubs is the Brooklyn Nets at 12-2. This whole “the Jazz haven’t proven anything” mantra is pretty BS. Another going in favor of the Jazz here in terms of end-of-season standing projections.

Unsurprisingly this is very even thus far. The Jazz have a lot of road games left on the schedule, but so does everyone else. There really isn’t a distinct advantage one way or another here. They are all very close in their away records, with the Lakers leading the pack at 13-3. Oddly enough they are only 9-7 at home so far.

The face that the Jazz and Lakers still have 3 matchups this season could be a good thing or a bad thing for the Jazz. It gives the Lakers a great opportunity to makeup ground, or gives the Jazz a great chance to distance themselves even further. Given this first one will be without Anthony Davis, I like Utah’s chances. The fact that the Lakers and Clippers still have to see each other 2 more times is a great thing for Utah.

The Utah Jazz on paper are back to a full bill of health right now. That being said, something seems a little off with Favors right now. He was highly effective early on this year but currently seems to struggle. I wonder if that plantar fasciitis is acting up again. For the Lakers, Davis is going to be held out for ~4 weeks. If last night’s loss to the Washington Wizards is any indication, they may drop more games than you’d expect before the All Star break. Also, having LeBron carry this big of a load is a tough ask of the veteran. The Clippers had quite the injury report for a while there, but they too are back to good health. However, Kawhi is known for resting regularly which may impact their results from time to time.

A lot of people believe that point differential is at times a better indicator as to how good a team really is than their overall record. For example, we know the Milwaukee Bucks are still one of the best teams in the league. Their record of 18-3 has them at 3rd in the East, however, their point differential of +7.1 is actually 2nd best. If this belief is true, then that bodes for the Jazz. At +9.6 they hold the best point differential in the NBA. In fact, teams with a point differential of +8 or better very commonly find themselves in the NBA Finals or Conference Finals. Riding this momentum to the 1st overall seed would do wonders for their eventual playoff run.

What do you think Jazz fans? Do the Jazz finish first in the West for the first time since 1998?