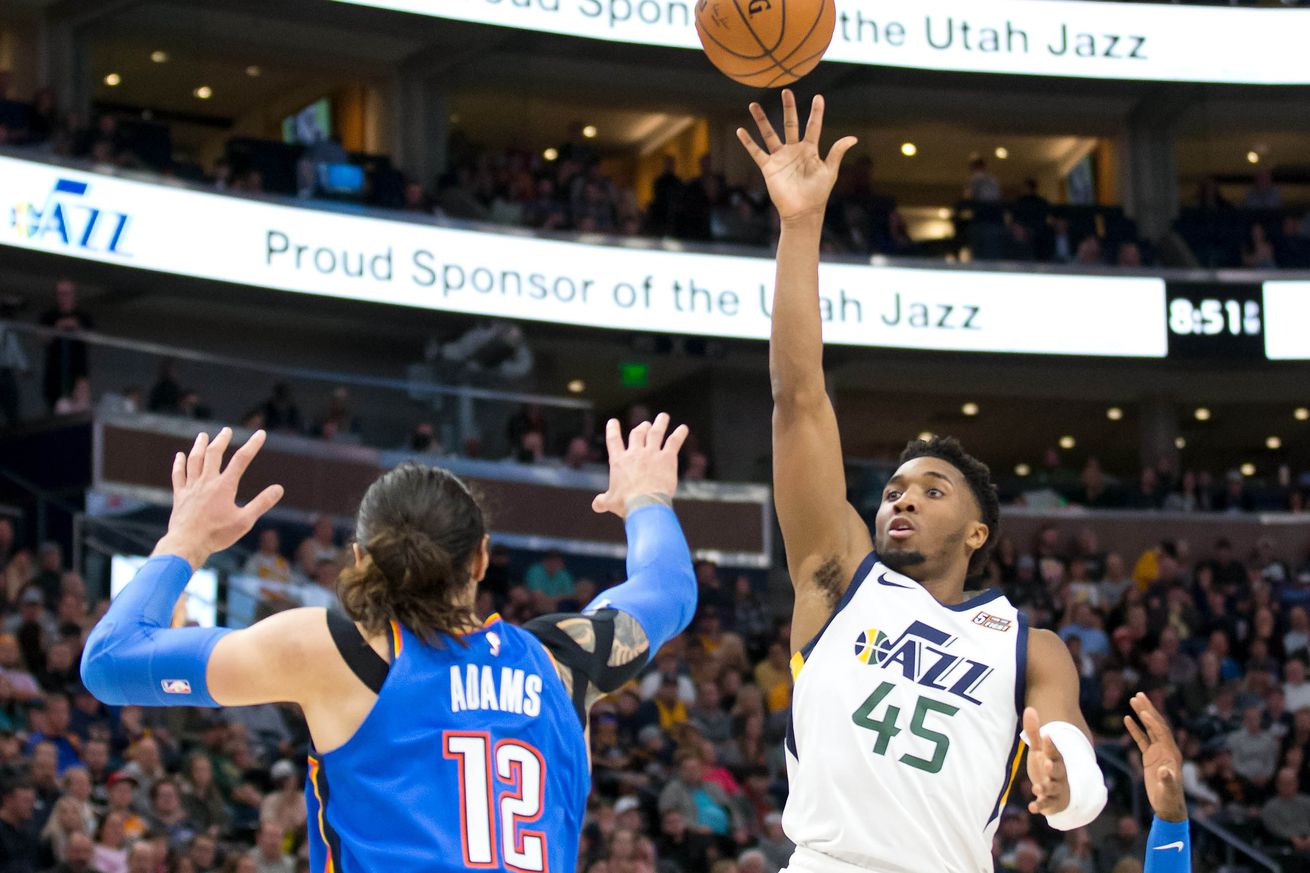 It’s the matchup we’ve literally been waiting over four months to see. Today the Utah Jazz (42-23) will square off with the Oklahoma City Thunder (40-24), giving us the game that was never played after the NBA world was shut down pre-game in OKC on March 11. This is a big one in the standings, with only 1.5 games separating the two. The Thunder will have the rest advantage (although, let’s be honest, who needs rest after that break?) having not played since their final scrimmage Tuesday.

Before the layoff, OKC was a team finding their footing, going 7-2 after the All-Star break. Undrafted rookie Luguentz Dort emerged as an important part of the starting lineup, earning him a multi-year contract, and now Andre Roberson is back after a two and a half year injury absence with multiple setbacks. He looked great in the scrimmages, but it’s unclear if Roberson will get rotation minutes in the seeding games. If the scrimmages are anything to go off of, though, the Thunder haven’t missed a step, going 3-0 in the exhibitions over the Celtics, 76ers and Trail Blazers and looking great.

Where: The NBA Bubble, Disney World

What to look for 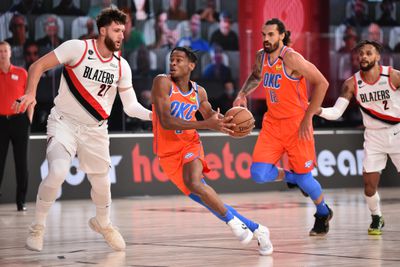 When Chris Paul was traded for Russell Westbrook last offseason, some questioned whether Paul, at 35 years old, was still capable of being the unquestioned No. 1 for a title contending squad. While title contender might be a stretch, the Thunder are a very good team and Paul hasn’t lost a step. Through 64 games, Paul had played 63 (his highest number of games played since 2015-16) and averaged 17.7 points, 6.8 assists and 4.9 rebounds per game.

Paul isn’t without help, playing alongside Shai Gilgeous-Alexander, who was taking a remarkable jump in his second season in the league and his first in Oklahoma City after being part of the return in the Clippers trade for Paul George. He’s become a nearly 20 point per game scorer (19.8) and his advanced metrics show improvement across the board. The Jazz will have their hands full with those two. 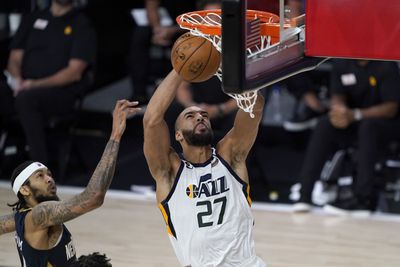 In an ending that seemed almost poetically written for Jazz fans after months of reports of their relationship becoming untenable, Donovan Mitchell fed a dime to Rudy Gobert which resulted in the game-winning free throws against the Pelicans Thursday. It’s been clear since Utah resumed with the scrimmages in Orlando that Mitchell has a laser focus on improving his playmaking. In particular, he’s been looking for Gobert on a consistent basis, showing a connection between the two that was clearly missing before the shutdown.

Utah’s two all-stars got off to a great start against New Orleans, Mitchell netting 20 points on 14 shots and dishing out 5 assists. Gobert was his usual self on the defensive end, keying the 4th quarter comeback and keeping the Pelicans off the board, in addition to dropping 14 points including the game winners.

The starters played great basketball Thursday, jumping out to a 19-8 lead before some of the bench came in and the lead was promptly broken down, resulting in a first quarter deficit that would remain until the end-game heroics.

Jordan Clarkson led the team with 23 points and hit some important shots down the stretch, but was also a game-low -15 on the floor. Georges Niang was scoreless on 0-of-6 shooting along with Emmanuel Mudiay (0-of-2), but most importantly and most concerning, the defense without the Stifle Tower on the court was abysmal. If Utah is to make a lot of headway for the remainder of the seeding games and going into the playoffs, they’ll need a lot more from the players on the floor when the starters are taking their breaks.