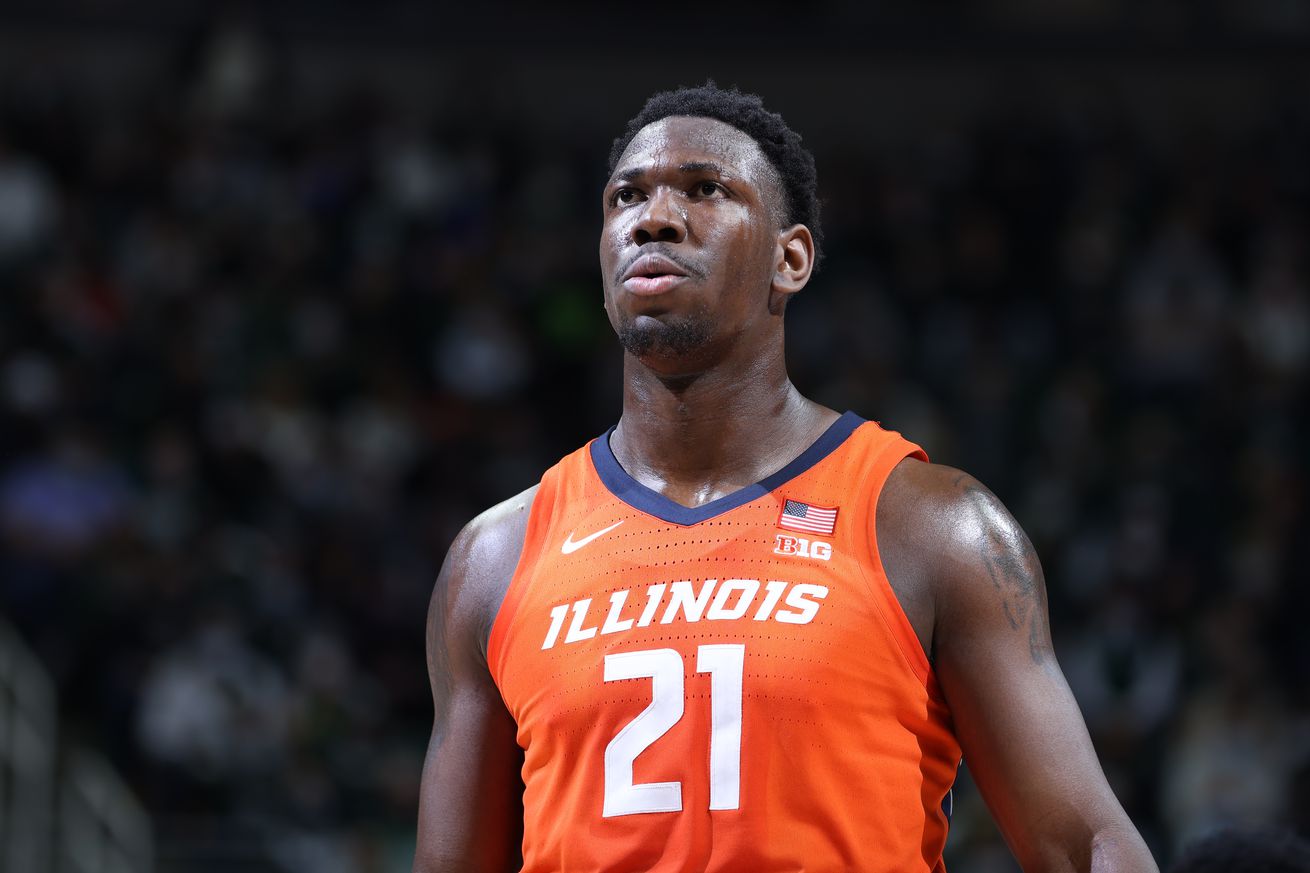 Kofi Cockburn is going to fill the lane for the Jazz

According to Jonathan Givony the Utah Jazz have signed Kofi Cockburn of Illinois to a deal.

Illinois' Kofi Cockburn has agreed to a deal with the Utah Jazz, a source tells ESPN.

The first thing you’ll notice with Cockburn is that he is a mountain of a man. Cockburn is 7’ tall with a 7’3” wingspan and will compete with Udoka Azubuike from day one to see who can shatter the backboard quicker come summer league.

That might be Cockburn’s biggest skill is his size. He uses it well on both ends of the floor. On offense he is a lob threat with some impressive athleticism for his size. Although it’s not just size for Cockburn on offense, he’s shown the ability to get do some nice things with the ball in the post with decent footwork and a nice touch around the basket. On defense Cockburn patrols the paint with the type of rim protection that will scare off anyone driving to the rim. He’s also a dominant rbounder who uses his size well, but also makes sure to box out, he doesn’t just rely on his size. It bodes well for him to be a nice rebounder in the NBA.

The limitations for Cockburn are his lack of an offensive game outside of the paint. He’s also massive which will likely limit his ability to guard in switches. He’s also not a great free throw shooter which will make him a liability at the end of games. All that said, if he can improve on these things, there’s no reason he can’t be a useful NBA center off the bench. Can the Jazz develop Cockburn into a potential backup center? Whoever becomes the new head coach of the Jazz will have a chance to turn Cockburn into a force inside, it’ll be up to Cockburn to show he can stay in the league.