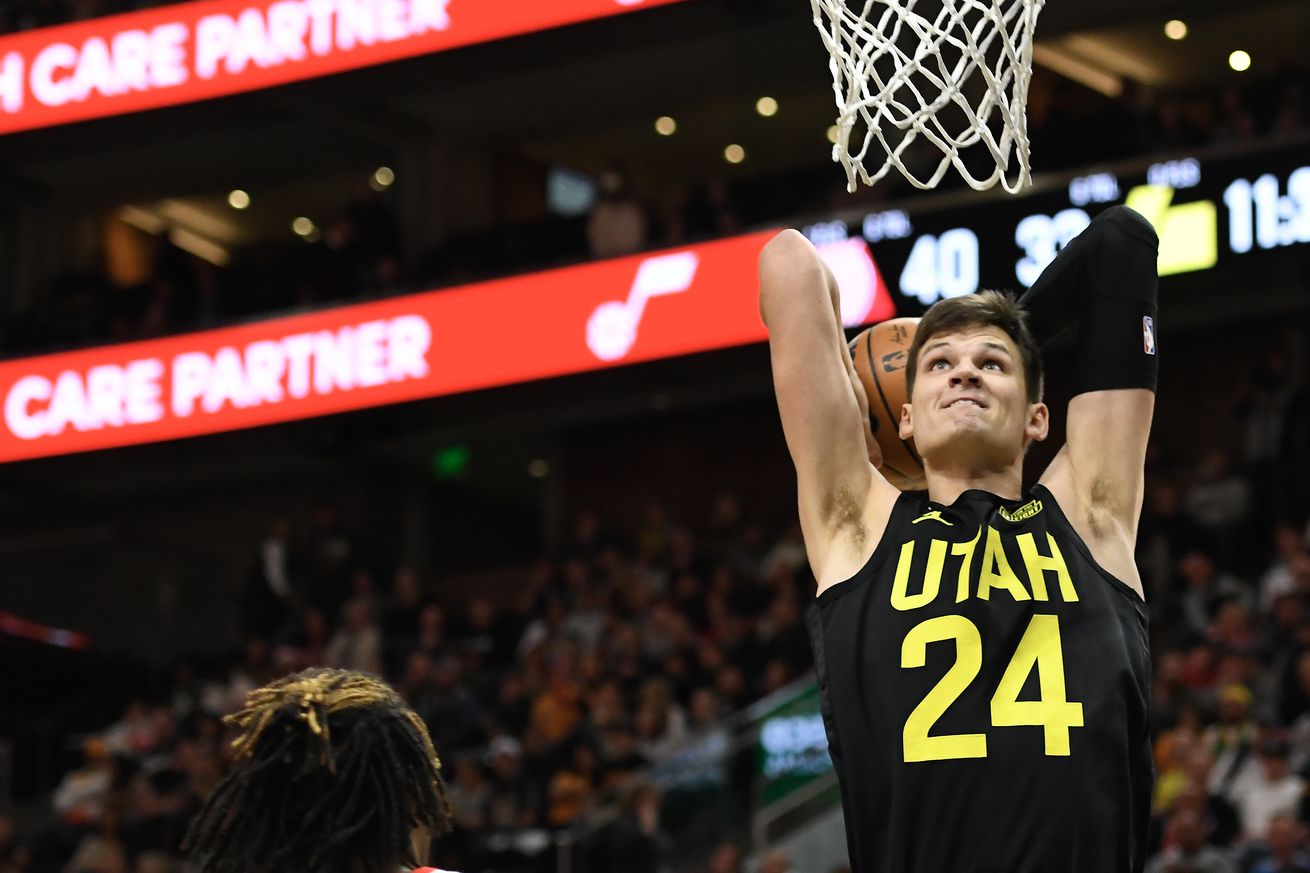 Can the Jazz figure something out with their defense?

The Utah Jazz will enter Portland against a hungry Blazers team and will see if they can continue their winning ways. The Jazz have won 6 of their last 10 and seem to have turned around their season after what was a pretty bad slide a month ago. It’s a different story for the Blazers who are just 3 of their last 10, and this with Damian Lillard now playing regularly.

That may be the key for this Blazers team to turn it around. In that 10-game stretch, Lillard is shooting just 33% from three but is scoring 33 points per game. With that kind of production ball dominance, you’d like to see an uptick in the percentages, especially when 10-15 a game are being taken. The impressive thing Lillard is doing is his assists. In his last three games he’s averaging 11 assists. That kind of production is next level and it shows that the Blazers should always be reckoned with in terms of their offense.

Just like with Utah, the problem is the defense. Portland is 22nd in the league in defense and 8th in offense. That inability to get stops when the offense stalls is killer and it’s a reason both of these teams have struggled to win consistently.

Speaking of the Jazz, Utah is in a similar boat as Portland. They’re the #4 offense in the league but they’re #25 in defense. They have to figure out a way to shore up that defense of the best they’ll be this season will be around .500. Yes, the schedule eases up for Utah, but there hasn’t been a point all season that that has seemingly improved.

There is one caveat to what the Jazz are doing, Walker Kessler. In the last 7 games, Walker Kessler has started and the Jazz are a different team. In those 7 games the Jazz have the #10 offense and the #9 defense. Obviously the offense has gone down a tick but to see the defense improve that drastically is pretty remarkable. Now, that could be helped by beating up on lower level teams, but it’s undeniable the impact that Walker Kessler is having. He may have become the cornerstone of the Jazz’s defense for years to come, the goal now is to just build around him and Markkanen.

Where: Moda Center | Portland, OR