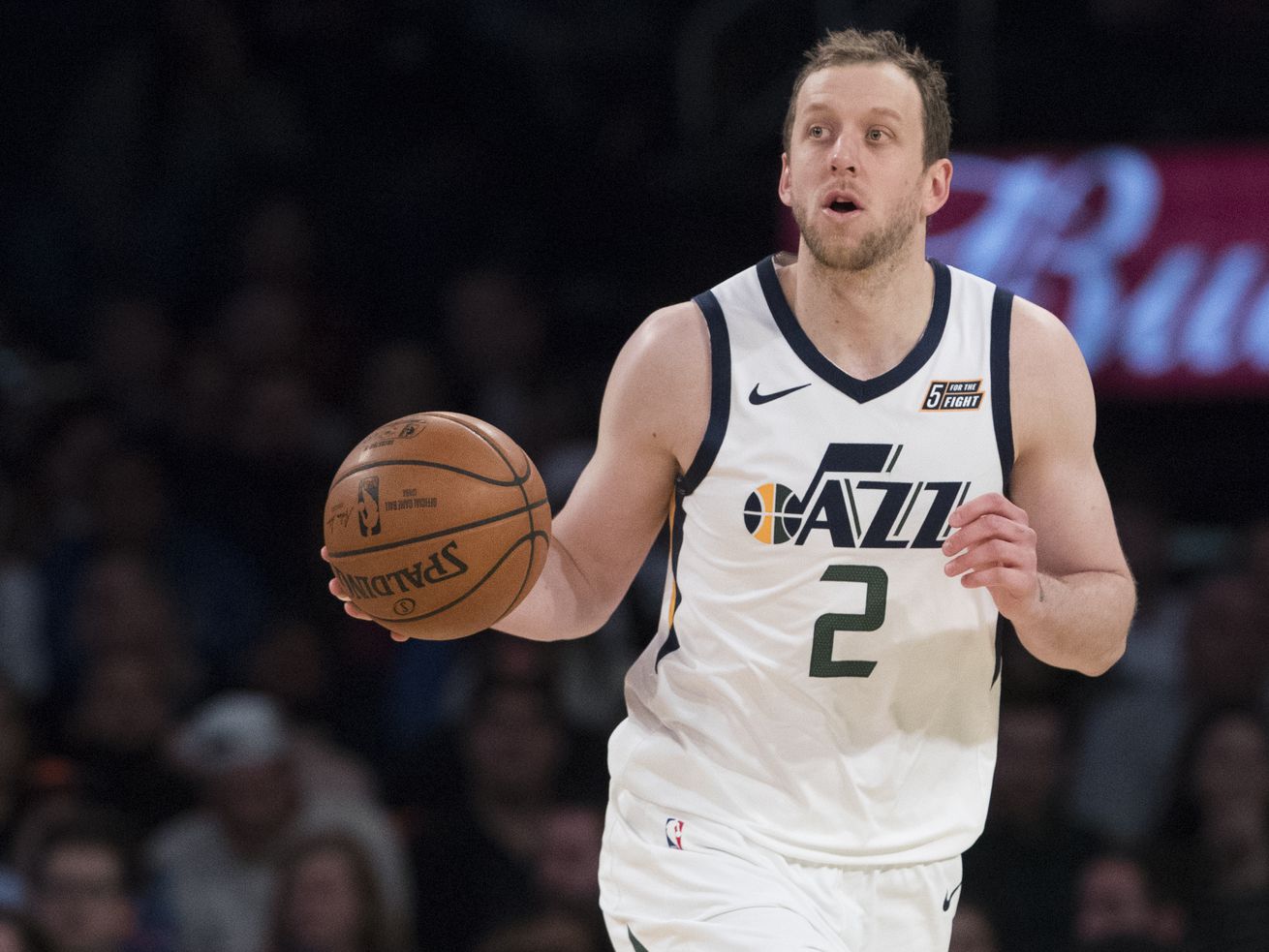 Utah Jazz forward Joe Ingles handles the ball during the second half of an NBA basketball game against the New York Knicks, Wednesday, March 20, 2019, at Madison Square Garden in New York. The Jazz won 137-116. (AP Photo/Mary Altaffer) | AP
SALT LAKE CITY — Joe Ingles has spent the last six weeks at home with his wife, Renae, and 3-year-old twins, Milla and Jacob. If there’s anything Ingles has learned over the past month-and-a-half of chasing around twins and being at home 24/7 it’s that he’s hoping for some career longevity.

“I’m never retiring,” Ingles said with a laugh on Friday during a Zoom conference with local reporters.

All joking aside, the Utah Jazz forward spoke candidly about his career and some of his more immediate plans. David Locke, the radio voice of the Utah Jazz and Jazz NBA Insider takes you through the best Jazz wins of the year and this stop is in Houston for one of the most exciting wins as the Jazz beat the Hoston Rockets on Bojan Bogdanovic’s game winner. It was ranked the best game of the NBA season and you can tell as we recall the highlights. Also, Locke explains why he thinks the NBA has time and some thoughts on Drafts

Full Story...
Continue...
ESPN - Gobert, Mitchell cool after talk: 'There's no fight'
2 401 by ESPN : Apr 12, 2020 at 7:12 PM
Rudy Gobert says he and Donovan Mitchell recently spoke for the first time since the suspension of the NBA season but downplayed any apparent friction between the Jazz All-Star duo.

Full Story from ESPN...
Continue...
Donovan Mitchell shares his pregame superstitions on Georges Niang's Drive & Dish
0 304 by Google News - Utah Jazz : Apr 6, 2020 at 12:42 PM
Utah Jazz forward Georges Niang is back with another episode of the Drive & Dish video podcast. This week on the show, Niang chats with Jazz ...