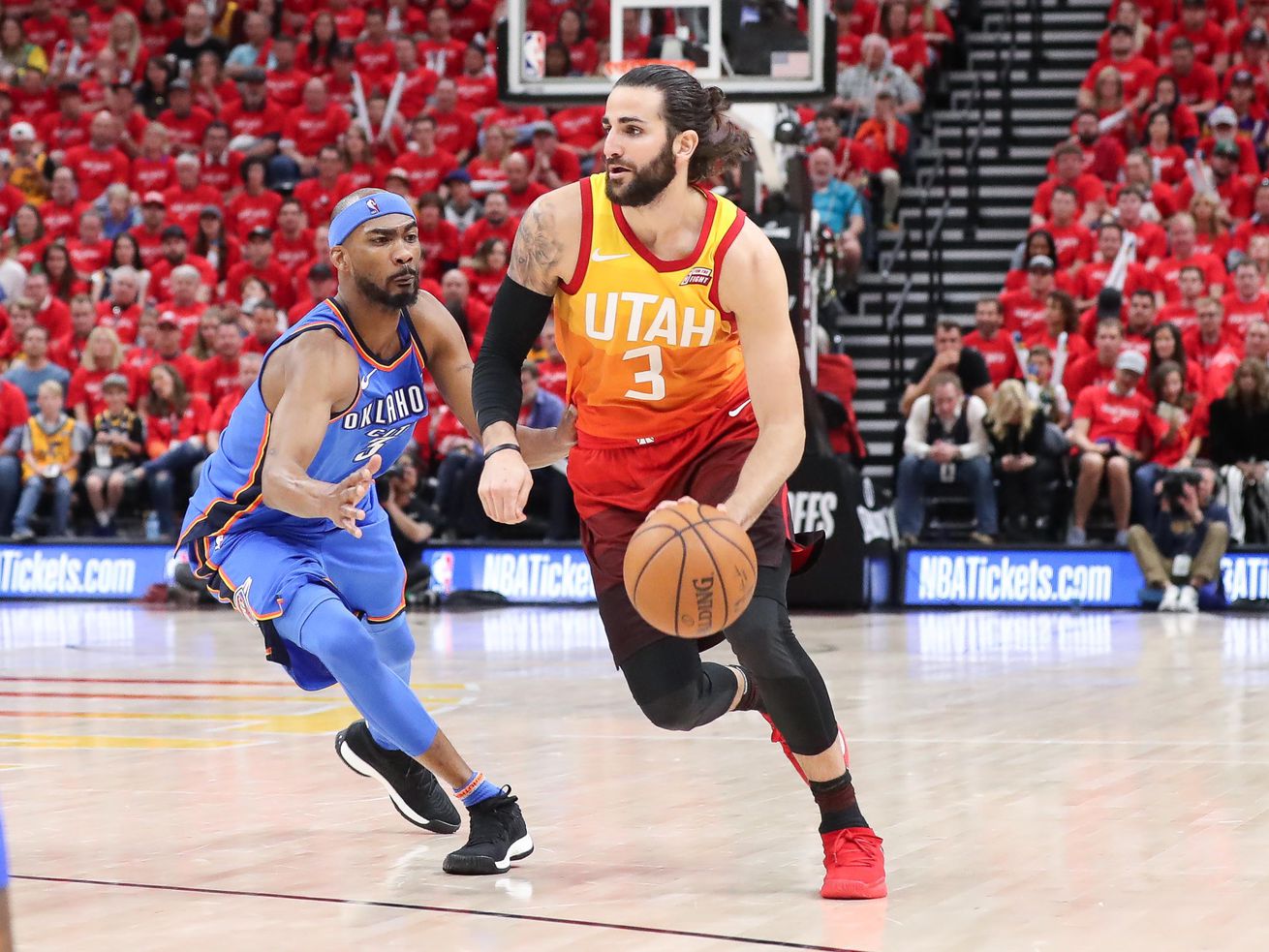 The Jazz decisively won the point guard battle in Game 3. For a night, Russ was no match for Ricky.

OKC went into a frenzied Utah crowd and couldn’t overcome an inconsistent shooting night from their Big 3, eventually falling to the Ricky Rubio-led Jazz, 115-102. Utah gained a 2-1 edge in the series.

It was bound to happen. After two Russell Westbrook performances on par with much of his regular season, the Thunder’s main attraction scored 14 points on a terrible 5-of-17 shooting from the field and coughed up eight turnovers. For some context: The Thunder lost the ball 17 times, and the Jazz took advantage, scoring a whopping 33 points off them.

Billy Donovan’s decision to go small early in the game seemed to have thrown the staunch Utah defense and their anchor Rudy Gobert for a loop. But playing Gobert out onto the perimeter only works if players like Patrick Patterson or Jerami Grant can serve as credible outside shooting threats. The two only attempted three 3-pointers total and finished with 15 combined points. Gobert had 18 of his own. Quin Snyder didn’t bite on the Thunder’s adjustment. Gobert, in turn, rewarded Snyder for his faith, deterring everything at the rim, and forcing Russ into both bad passes that led to turnovers and cringeworthy mid-range jumpers. When switched onto Russ, sometimes Gobert didn’t even have to do much but watch Russ step into a bad shot instead of trying to blow past him. It was exactly what Utah wanted. 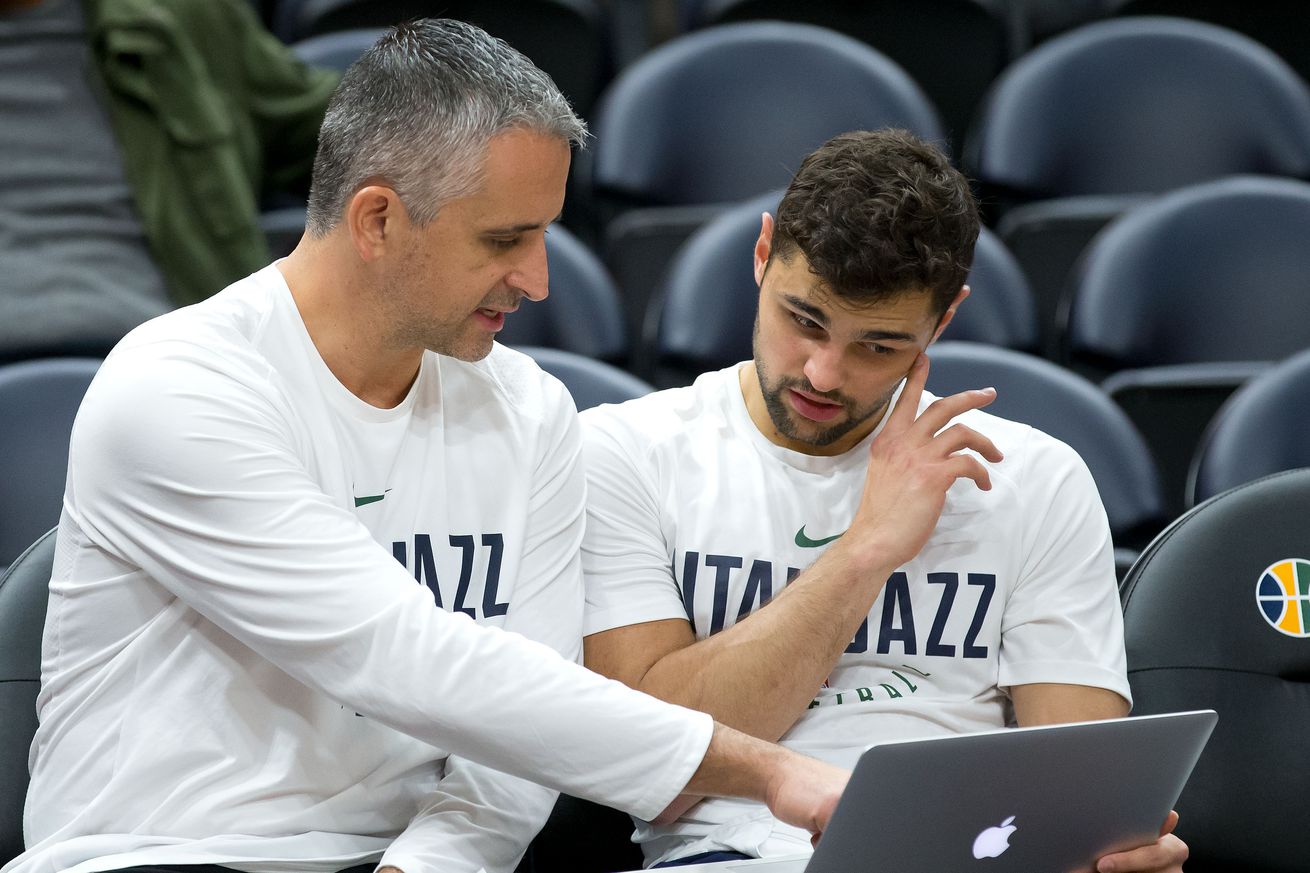 It seems that front offices around the league have taken note of the Utah Jazz’s success. More importantly, how they have created such success: their elite coaching staff. It was only a matter of time before we started hearing rumors of one of Quin Snyder’s assistant coaches being poached from him. It appears that Igor Kokoskov could be the first one to leave the nest. Tony Jones of the Salt Lake Tribune is reporting that Igor Kokoskov has interviewed with the Phoenix Suns for the head coaching vacancy in land of the sun. 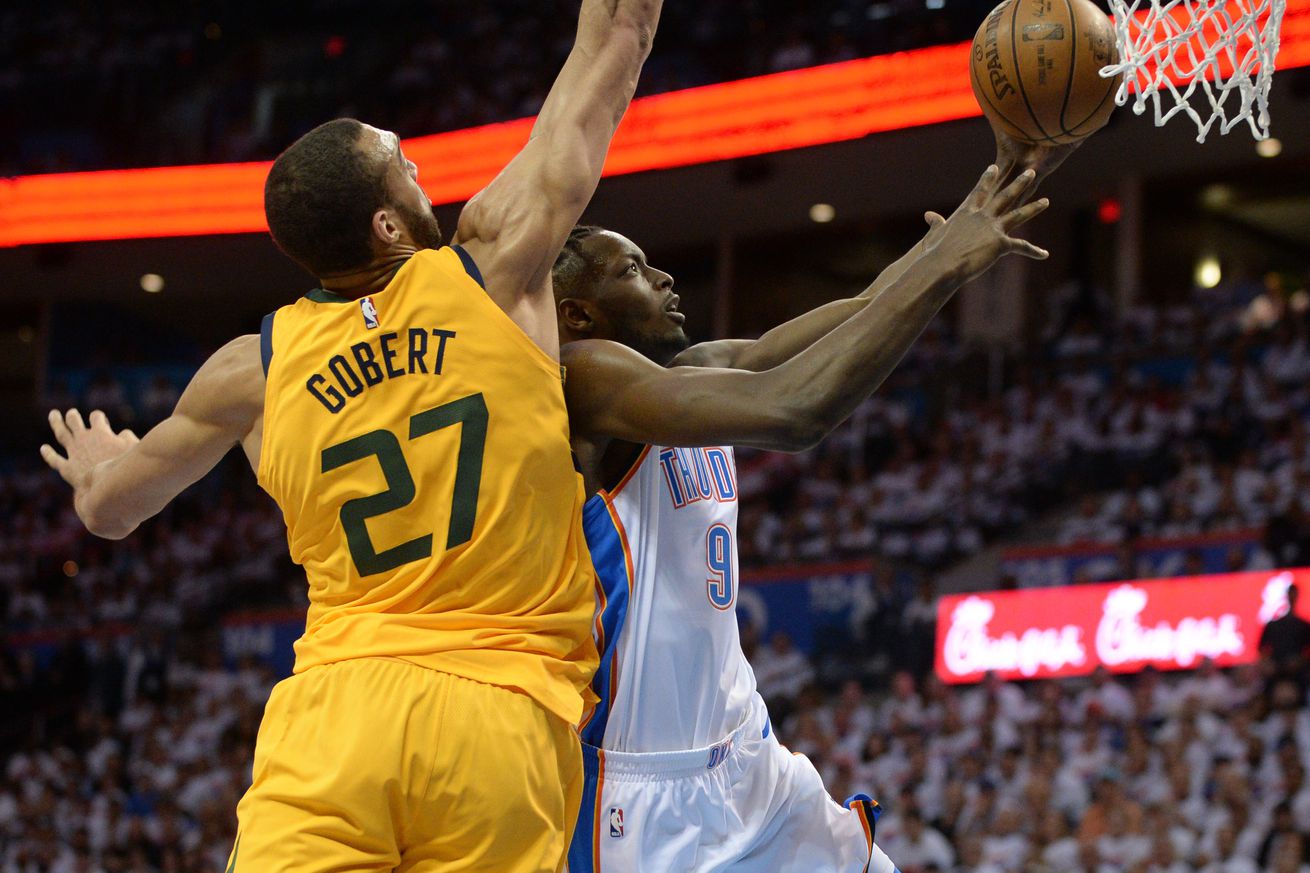 The Oklahoma City Thunder lost Game 2 of their series against the Utah Jazz entirely in the fourth quarter. OKC was up five heading into the period, with the team’s predominant concern being foul trouble for Steven Adams and perhaps an understanding that wonder rookie Donovan Mitchell was starting to get cooking.

They should have been concerned about the lid that was apparently secretly installed on the Thunder’s hoop during the break. 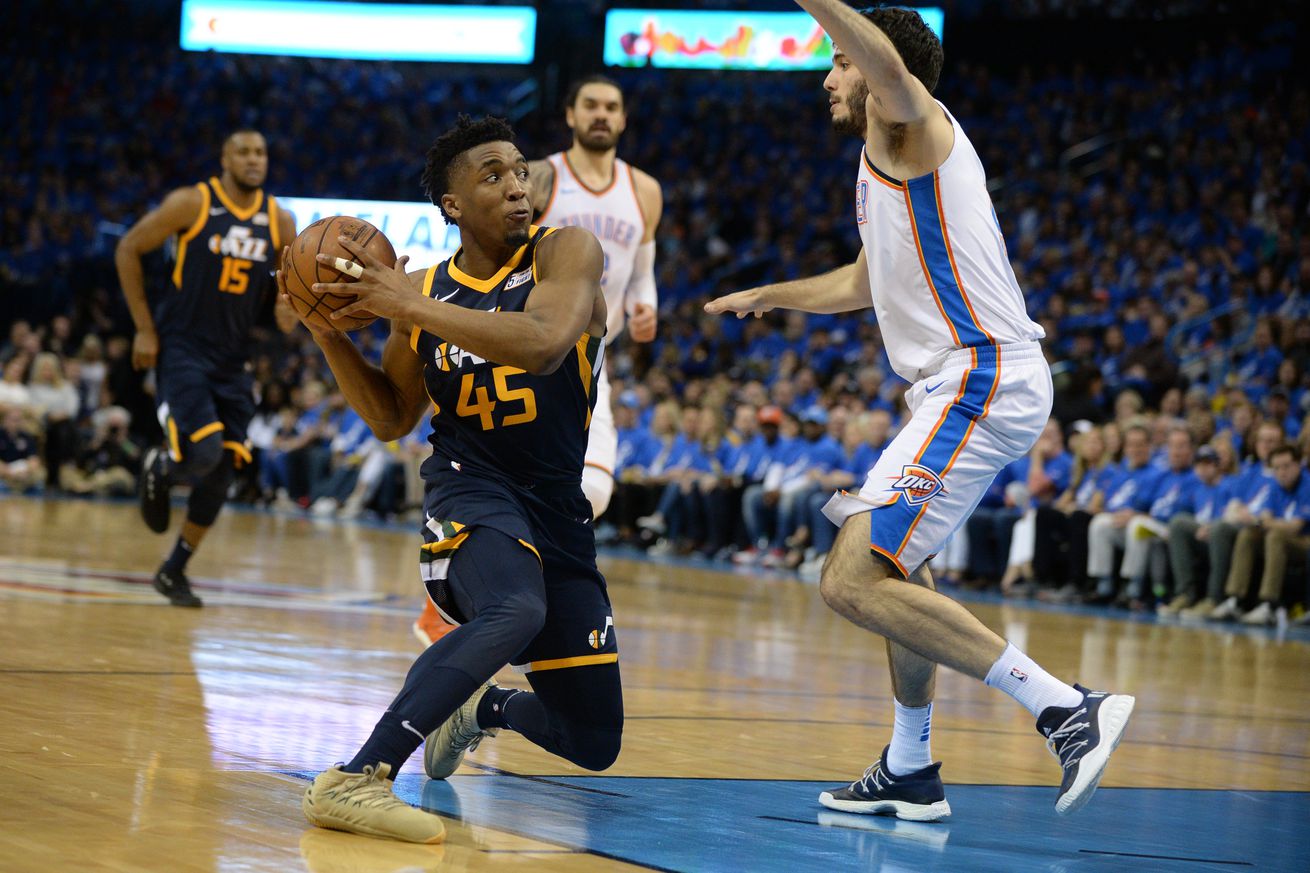 Mitchell scored 13 points in the fourth quarter and was absolutely unstoppable. He’s also a rookie.

Donovan Mitchell scored 28 points on 10-of-25 shooting to lead the Jazz to a Game 2 road win against the Thunder on Wednesday. He scored 13 points in the fourth quarter alone to turn a 10-point deficit into a 102-95 victory.

Mitchell may not win Rookie of the Year. That award just might have Ben Simmons’s name written all over it. But the Jazz rookie has been everything and more for a Utah team now in position to defend home court and take command of their first-round series back in Salt Lake City.

Mitchell scored 20 points altogether in the second half. In a telling sequence for the Jazz guard, he spun around Patrick Patterson for a smooth layup before spinning off of Paul George for a floater shortly after.

— Utah Jazz (@utahjazz) April 19, 2018​
On another possession in the fourth quarter, he froze...
Continue...
How Mitchell turned into the No. 1 option
0 311 by Google News - Utah Jazz : Apr 18, 2018 at 8:12 AM
SALT LAKE CITY -- Utah Jazz coach Quin Snyder, remote control in hand as he sits in the spacious, state-of-the-art film room at the team's practice facility, rewinds the clip of Donovan Mitchell drilling a corner 3-pointer, replaying it a couple times on the large projector screen. Snyder then poses a ...