JazzGal said:
I'm too tired to bother with the fight. I just pay whatever it takes to keep my current plan, which I like.
Click to expand...

Oh I get it. It just bothers me that you have to pay more because you don't want to play their little game and they use that to make more money at your expense while rewarding people who have the time and inclination to call and haggle with them for a few hours every 6 months.

JazzGal said:
I'm too tired to bother with the fight. I just pay whatever it takes to keep my current plan, which I like.
Click to expand...

I’ll call and negotiate for you if you’d like.

JazzGal said:
I'm a dinosaur. I have cable. I have Netflix and Prime for free, and pay for Disney+. It is all expensive, but I can watch nearly everything I want to watch without a lot of hassle. We like sports other than the Jazz in my household, so we need a wide variety of channels.
Click to expand...

For a nominal fee.

No joke. I've become everything I swore I wouldn't be.

Gameface said:
That's kind of been where I've been at. I pay the cable bill, and it's painful, but once that's done I have a very easy and reliable path to all the content I want.

My actual biggest issue with Xfinity is that when you call and complain that you bill is too high they have solutions that can save you a considerable amount... for 6 months. Then you bill goes back up, and it often creeps back up a little month to month and then you have to call them again to get their best price. These calls can take upwards of an hour because they want to play with you, like this is some KSL.com classifieds (or craig's list, or facebook marketplace or whatever the kids are using these days) haggle over the price of lawn furniture. So they offer you a small savings but if you push they will eventually offer you bigger savings. I've been paying a premium for their service for a long damn time. I don't want to call them every 6 months and haggle over my bill. I want some respect for being a reliable customer and I want their best deal without having to beg for it.

That is the biggest reason I want to get rid of them. If just one time they contacted me and said "We have a great new lower rate for you on your current service that you'll see on your next bill!" then I'd probably not leave. But since I have to call and fight the mini-boss until I get passed to the main boss before I can unlock my savings I'm done. It's too much.
Click to expand...

There are services that will take care of price negotiating for you. Their fee is a portion of the amount saved. I find with Comcast I just threaten to cancel as they retention team has the best pricing. I only use them for internet now.

Contributor
We’re not big tv watchers in my house. Well, the youngest two kids would be if we let them. We’re just gone so much. There are only like tw or three series that I like. I just stream them for free on the CBS app the next day. We do have the Disney+, Hulu, and ESPN+ bundle. Even then, we’re considering dropping that. I pay for Amazon Prime, so we have Prime video. I secretly (don’t tell the wife) pay for HBO max and she has a Hallmark channel subscription (freaking women). During college football season I pay for Sling and then cancel after the season and bowl game is over.

bigb said:
We’re not big tv watchers in my house.
Click to expand...

Only have a small TV huh? Too bad.

LogGrad98 said:
Only have a small TV huh? Too bad.

It’ll be interesting to see what happens to TV in the next 20-30 yrs. I think people watch stuff probably just as much in their mobile devices as a big screen. And I don’t know of anyone other than my parents who actually turn on the tv and watch live broadcasting. Almost everyone I know turns tv on to their favorite streaming provider and watches something specific that they want. Channel surfing is gone. Honestly, I think I watch most of my sports now recorded. The only time I watch stuff live is when I have guests. Otherwise, I’m at least one hour behind so I can fast forward through the endless timeouts, commercials, and replay challenges. The worst are NFL halftimes, where they have to let every one of their twenty former coaches and players weigh in on the game giving obvious pts. “If they can sack Brady before he can throw the ball then they’ll be in good shape” or “the team that scores the most will win.”

Do we really need this?
L

Is it possible in USA to subscribe a streaming service, which also allows to watch almost every movie or TV series, that is listed in IMDB? Or at least was shown either in a movie theatre or released on VHS, DVD, Blueray. And not only Hollywood production, but also from other countries from Europe or Asia? For example, can somebody test whether the following is viewable on their service they use (Youtube, Disney, Netflix, Prime, etc? of course, no need to test if you need to pay extra money to just view whether the movie is available to watch. 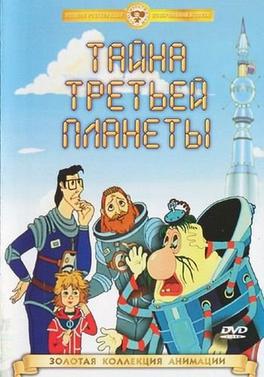 The Mystery of the Third Planet - Wikipedia 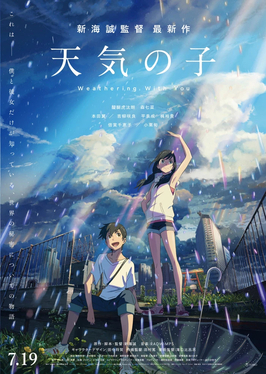 Weathering with You - Wikipedia

The Mystery of the Third Planet - Wikipedia

Weathering with You - Wikipedia

The first three are on YouTube. The last one is on HBO Max.

Sent from my SM-A426U using JazzFanz mobile app
You must log in or register to reply here.