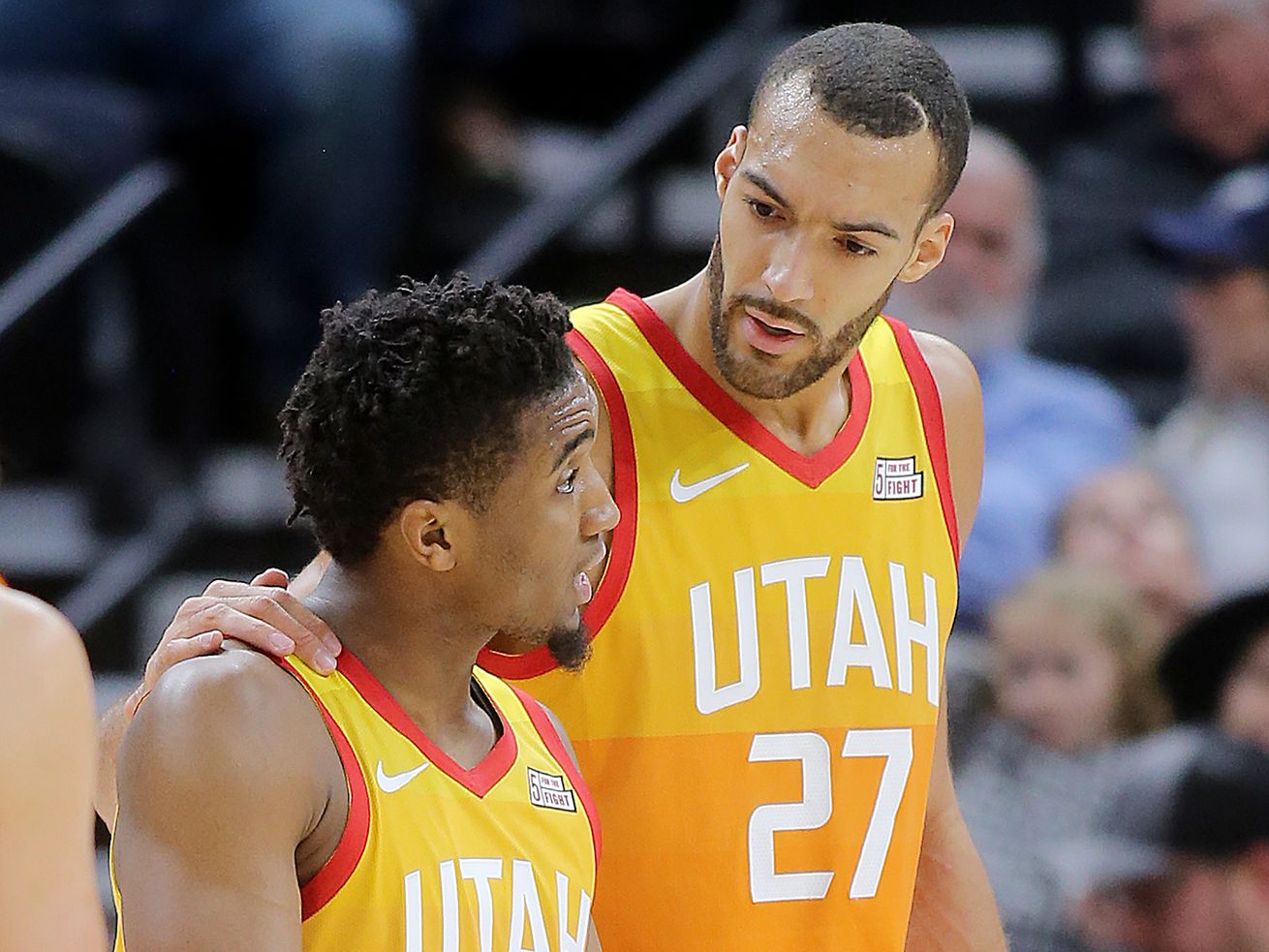 On Friday, Gobert partnered with the Jr. NBA’s youth basketball clinic, while Mitchell rolled up his sleeves at the Greater Chicago Food Depository as part of the NBA Cares Day of Service.

More than 1,000 Chicago public school students were able to work on their basketball skills with Gobert and several other NBA players Friday morning. Gobert reminisced about growing up in France and not being able to meet NBA players, but noted how inspiring it was to meet and work with professional athletes.

“To me it’s the most important thing to be able to give back and inspire the next generation,” he said. “A few years ago, I was one of these kids dreaming to become an NBA player.”

Wednesday night after the Jazz’s home win over the Miami Heat before Utah’s All-Stars made their way to Chicago, Gobert detailed how when he was younger and saying that he was someday going to be an NBA player and would someday be an NBA All-Star, even his close friends would make fun of him because the dream seemed so far-fetched.

For many of the kids who participate in the NBA’s outreach, having that moment with an NBA player can make their dream seem a little bit more realistic. Gobert certainly wanted them to feel seen and heard on Friday and even imparted his own life lessons, blocking shots of children less than half his size.

“You’ve got to teach them early that nothing is easy in basketball and life,” Gobert said. “I’m not trying to give them any shortcuts.”

In the early afternoon on Friday, Mitchell and many other current and former NBA players became part of an assembly line, sorting and packing food donations and school supplies that would later be sent out to support students and families across Chicago.

Though Mitchell was helping out on a day with more than 400 volunteers, many of whom were professional athletes on hand for a wide-scale project that could potentially impact large numbers of people, he couldn’t help but think of things on a more granular level.

“You never know on a day what this could possibly do for someone,” he said. “You try to reach out to as many people as possible. You could try to reach a thousand people a day, but it may take just that one person.”