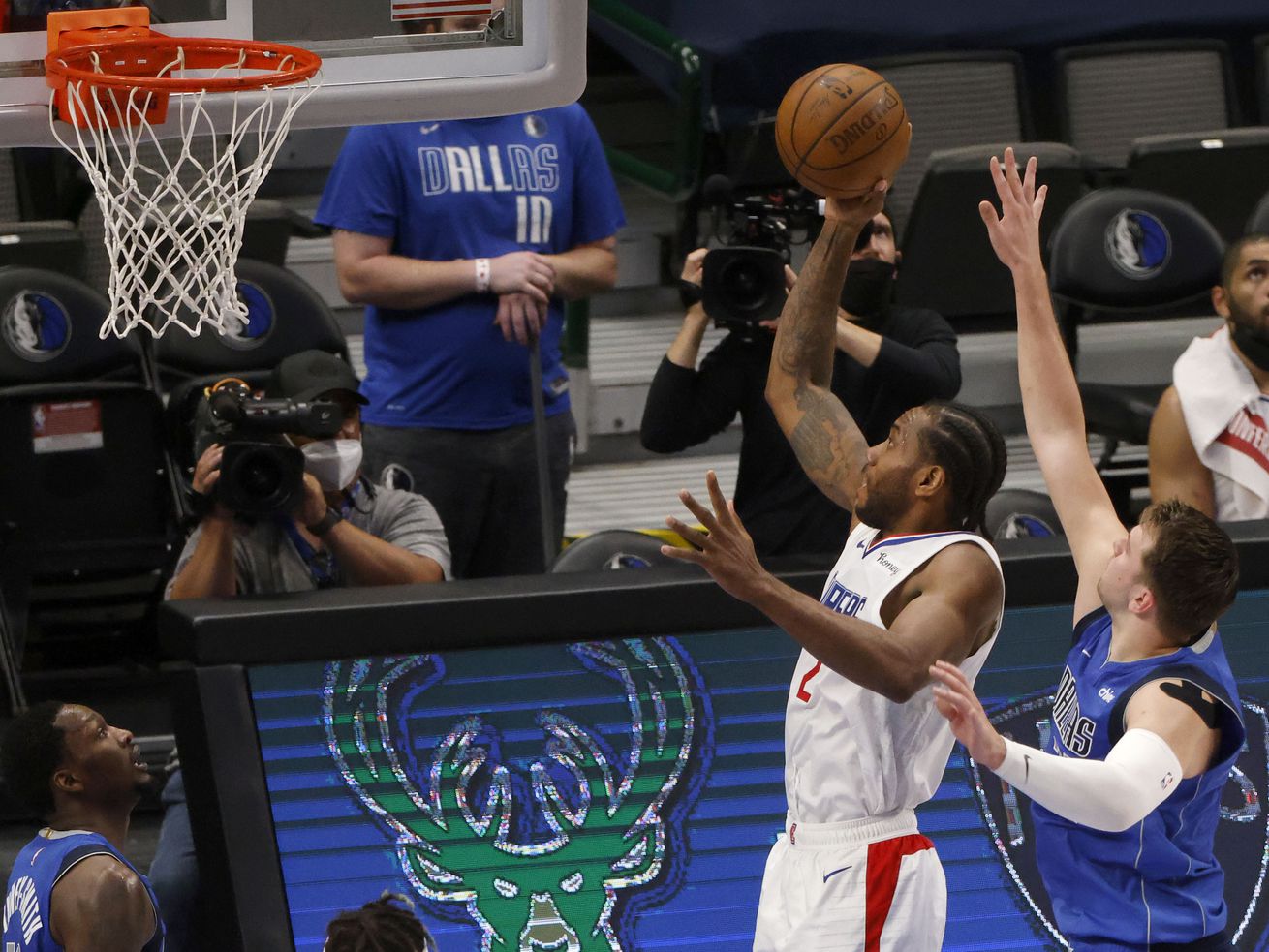 The Los Angeles Clippers beat the Dallas Mavericks 104-97 on Friday night in a Game 6 that evened the series 3-3. Game 7 will take place on Sunday.

Once again the Utah Jazz are left waiting to find out who their next opponent is.

The Los Angeles Clippers beat the Dallas Mavericks 104-97 on Friday night in a Game 6 that evened the series 3-3. Game 7 will take place on Sunday, with the winner heading to Salt Lake City to take on the No. 1 Jazz and the loser bounced from playoff contention.

While the Jazz don’t know who their opponent will be, they do know when they’ll be playing. The Jazz’s Western Conference semifinal series will tip off at Vivint Arena on Tuesday at 8 p.m. MDT on TNT.

The Jazz wrapped up their first-round series against the Memphis Grizzlies on Wednesday, though this time around, things are a little more cut and dry as far as preparation goes.

When the NBA play-in tournament was underway, the Jazz could have ended up facing any one of four teams involved. But they’ve known since the beginning of the first round that if they were to advance they would face either the Clippers or Mavericks.

“I felt like during the play-in tournament it was like, five, six, seven days that we knew we weren’t going to play,” Rudy Gobert said on Friday afternoon, pointing to the extended layoff with no way of knowing who the Jazz’s opponent would be. “It’s a little easier to prepare, I would say, and it’s not as long. So for us it’s all about taking care of ourselves and our bodies.”

Luka Doncic and Tim Hardaway Jr. combined for 52 points on Friday, but the Mavericks couldn’t find an answer for Kawhi Leonard, who scored 29 of his 45 points in the second half and sparked a fourth quarter run that gave the Clippers enough separation to win Game 6.

The Jazz likely welcome the Clippers-Mavericks series extending to seven games, not only because of the wear it puts on their opponent but also to allow extra time for Mike Conley (right hamstring) and Donovan Mitchell (right ankle) to rest and recuperate.

Game 7 between the Mavericks and Clippers will be played at Staples Center in L.A. and tips off at 1:30 p.m. MDT on ABC.