NBA schedules a game for us last night and of course we win. We beat the Holy Hell out of a top Pacers team. Ho hum, Knicks win. We always win.


You should have seen the new Knicks with Kemba Walker and Evan Fournier. The word from those who know basketball is that the Warriors record of 73 wins in a season is in serious jeopardy. Word is the Knicks will easily pass that 73 wins in a season by eight or nine games.

NBA has scheduled the Jazz against us on February 7 and March 20. Those games will be our 54th and71st wins of the season. Just give up already. You can't challenge us. You shouldn't be allowed on our court.
Last edited: Oct 6, 2021

Contributor
Sorry about the Yankees.

Yeah, Zod did lose in the end, but that's only because Superman cheated and lied. Utah would also have to cheat and lie to beat us.

MT Steve said:
Sorry about the Yankees.
Click to expand...

Sorry about the Mets

Desperate for wins much in NY Melo? I see where Coach Tibs rolled out his whole contingent of starters for a meaningless preseason game. Barking like a madman as well

Sent from my SM-N986U using Tapatalk

Release the Kraken said:
Tibs rolled out his whole contingent of starters for a meaningless preseason game. Barking like a madman as well
Click to expand...

Actually, all teams roll out their starters for pre-season games. That's what separates pre-season basketball from all the other pre-season sports. I love p-s basketball. The intensity to play hard and do well (and to win) is present.

By the way, Thibs was in full regular season mode himself. He actually called a time out just to yell at a player!

I sure loved it when he threw four interceptions one game. (I'm a Giant fan. I get just as much pleasure from a Jet loss as I do a Giant victory.)

By the way, that Utah kid Zach Wilson is actually showing some NY grit. He's in over his head right now, he gets physically savaged in every game, but he keeps going and going and going. He looks like he is twelve years old, he's already gotten booed by Jet fans...but there is something about him that makes you want to see him do well. Young Utah Mormon kid comes to the baddest city on Earth...fish out of water story...you always root for the fish. 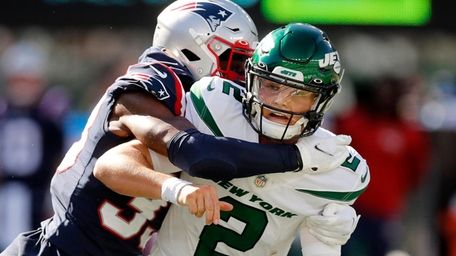