Status
Not open for further replies.

Archie Moses said:
I cried because I disagreed this guy should be banned because he posted about the moon landing being a hoax?

I never said he should be banned. That's the whole ****ing point man! You're coming to his defense when all I did was say "hey Jason, this is a thing happening on your website." and you acted like I was gunning for a ban for this "poster." (he's a troll, btw. I wouldn't blame Jason for a second if he did ban him, but I'm 90% sure that's not what's going to happen and I'm 1,000,000% cool with that.)

The static is massively increased in a vacuum both in charge and frequency. When human explorers reach the Moon or Mars, they're going to have to watch out for something we've all experienced here on Earth: static electricity. Zap! It's annoying when you grab a door handle after rubbing your socks across the carpet. But the dry environments on the Moon and Mars could...

Contributor
I haven't read most of this because it's not an interesting debate. Quick glance shows @Cosmored is getting owned in every argument, but just posts a bunch more stupid links. I'm not sure what else you would expect fr someone arguing something that dumb though. I'm also almost positive that @Cosmored and @Dances With Clowns are the same person though.

Cosmored said:
This lame stand of your totally exposes you as a shill*.
Click to expand...

Does it now, you crazy serial forum spammer who knows nothing about any of this. Your opinion is worthless.


Cosmored said:
As I've said several times you'd have to examine what's it's like under the actual lid to be able to opine on what would happen. It's clear that something under the top of the lid impacts it to make it stop falling.
Click to expand...

I've shown you a screenshot of what it is actually like under the lid!! You are clearly trolling as usual. 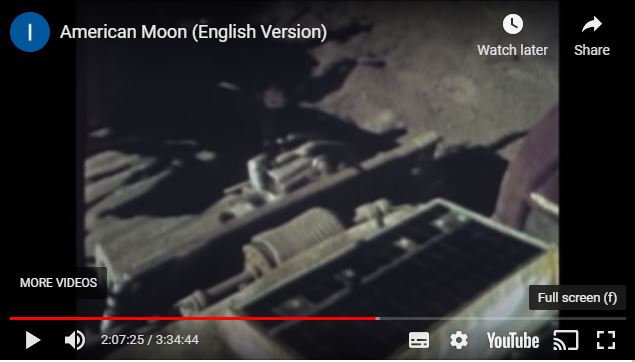 
Cosmored said:
We don't know how much space there is all along the front when the lid comes to a stop without having physically examining it. It might be as much as half an inch.
Click to expand...

It's flat as can be seen by the picture! It's also irrelevant. You are lying or trolling or just too dumb to look at a simple picture. I showed you the design spec animation. It's flat!!


Cosmored said:
This video of your assumes that there is little or no space along the front and that the force of the air coming out will be strong and even.
Click to expand...

It makes no assumption at all and your ridiculous and proven inaccurate suggestion is irrelevant anyway. The falling lid sends the vast majority of air in direction of fall, it is basic physics. Any object acted on by a force etc.... The object is the air, the force is the falling lid.

It will be exactly as it is. The volume of air to be displaced is the rectangular size of the box above to the lid. Just guessing that looks about 4 cubic feet.


Cosmored said:
You can't assume that's the case without being able to physically lift up the lid and examine what it's like under there. There might be something at the corner that narrows the space where the air escapes and therefore increases the pressure.
Click to expand...

Cosmored said:
The bottom line is that the movement of the dust being sent away from the surface is consistent with air blowing it. If this were a vacuum, there wouldn't be a force that could move it that way.
Click to expand...

What a troll you are. The bottom line is that you are arm waving away clear and obvious irrefutable proof that the footage must be in a vacuum. All the "viewer" know this. In any medium, particularly vacuum and low gravity, any impact force on dust would be exaggerated.

Cosmored said:
Go ahead and rant all you want. It just makes you look like a horse's a-s and the viewers can see it. I don't see any point in my continuing to reiterate this.
Click to expand...

Gotta laugh at this clown. He has no answer to his own stupid video actually proving the Moon landing with one tiny clip that he is too dumb to see or too scared to admit.

Now, troll - explain where 4 cubic feet of air went at significant speed (he actually pushed the lid shut AND you claim it was slowed down!) without any disturbance in the direction where the vast majority of it is sent!

Ron Mexico said:
I'm also almost positive that @Cosmored and @Dances With Clowns are the same person though.
Click to expand...

How about you keep your unbelievably idiotic opinion to yourself. I actually find that quite insulting considering I actually despise the guy's behaviour.

Dances With Clowns said:
Let's examine what the samples show and determine whether that guarantees their authenticity.
Click to expand...

I anticipate no meaningful response to this because Cosmo know jack about any of this! The "viewers" are waiting Cosmo. They are awaiting your complete evasion, spam videos already addressed and ignored, and a ridiculous suggestion all the geologists from 50 years and multiple countries are all stupid or liars.

That would be your strength.

Dances With Clowns said:
How about you keep your unbelievably idiotic opinion to yourself. I actually find that quite insulting considering I actually despise the guy's behaviour.
Click to expand...

Hmm, that just furthers the proof. Both of you post from a time zone no where close to the usa as well.

Dances With Clowns said:
How about you keep your unbelievably idiotic opinion to yourself. I actually find that quite insulting considering I actually despise the guy's behaviour.
Click to expand...

His opinion is pretty reasonable since you followed CosmoRed here and are also a single thread poster essentially only responding to CosmoRed's posts. It's a way to get his posts noticed.

He is also a person who has been here for a long time and contributed a lot more than you have so maybe don't get outside yourself calling established posters here names?
C

It's pretty clear that Dances With Clowns is Betamax from this forum.

The Chinese spacewalk was faked

The clearest proof that I've seen is the flag fluttering the way it would in a gaseous or liquid medium at the thirty second time mark in this video....

He totally discredited himself by trying to obfuscate the clear proof that the Chinese spacewalk was faked in a water tank.

He kept avoiding an issue that had him checkmated on the moving flag issue.

Air caused the flag to move so it was obviously in a studio.

Scott said: ↑ Steve the Chemist Is an imbecile. You destroyed your credibility a long time ago by continuously avoiding my clear direct question......

He agreed with Jay Windley's lame analysis of the dust-free sand issue (this will take a little reading).

When he's shown to be wrong, he tries to bury that part of the debate and then goes on as if nothing had happened. That's a tactic that shills use.

Ron Mexico said:
I'm also almost positive that @Cosmored and @Dances With Clowns are the same person though.
Click to expand...

And based on similar writing style/phrasing/points used and raised by @Dances With Clowns, with the writing style/phrasing/points used and raised in the blog Dances With Clowns posted, I concluded that was his blog, and he’s has spent some time tracking @Cosmored around the internet. Of course, I could be all wet, and I do see Cosmored arguing with himself using an alt on Spurstalk, but that was my thought.

FWIW, not much I’m sure, but since I raised the issue of banning a few pages ago, I believe only if Cosmored begins to behave as he and his alts have done on Spurstalk. That was the only other forum I checked. I’m a moderator on a specialty forum, if anyone behaved in a similar thread-destructive manner, I really would have no choice but to ban them.

Ron Mexico said:
Hmm, that just furthers the proof. Both of you post from a time zone no where close to the usa as well.
Click to expand...

He posts from Madrid. I am based in the UK.

Gameface said:
His opinion is pretty reasonable since you followed CosmoRed here and are also a single thread poster essentially only responding to CosmoRed's posts. It's a way to get his posts noticed.

He is also a person who has been here for a long time and contributed a lot more than you have so maybe don't get outside yourself calling established posters here names?
Click to expand...

Go read my post, no names were called. I said his opinion was less than smart. If you are all concluding that I am him, you really should use your heads a bit more.

Status
Not open for further replies.