Ford v Ferrari was pretty good. A bit overhyped as Ive heard people say it should be considered for a few oscars but it was a fun movie, Bale and Damon were good as always. Cars were very cool. the 2.5 hour run time didnt seem too long at all. Good movie.

I hope it's not in poor taste to post a complete film. It's only a little over 16 minutes, a short film. I think it played at the Rhode Island International Film Festival in 2014. It's become one of the top such festivals in the United States, as entries are eligible for the Academy Awards and other major awards. We have a local PBS station that broadcasts weekly selections from that festival. Thursday nights. I missed the start of this film, and had to hope I could spell the name of the actress, and find the name of the short film that way. I did one better. I found the film. I hope some of you enjoy this....

Contributor
I've watched all of the previous Star Wars movies (including the standalones) in preparation to finally see the last one. I was going to go last weekend but was sick and didn't make it. Hopefully this weekend.

I am not a critical audience, apparently, because I don't quite get the hatred people have for the prequels and others. They are what they are and advance the story well.

Contributor
Incredibles 2 is not as good as the first one.

Watched Dont Worry, He Wont Get Far on Foot. Liked it, its a nice story, alebit a bit jumbled. I like John Callahan's comics they are pretty funny. Joaquin really nails the character pretty well.

Knives Out made us smile on the way out.

The Biggest Little Farm is pretty good, i respect the hell out of farmers like them

Watched Ad Astra, it was disappointing. Long, boring, dumb story. I usually like the slow burn sci fi, but man this one sucked. If you are thinking about watching, watch 'Moon' with Sam Rockwell instead.

Parasite was great. Believe the hype.

Going to see it tonight

Spider Man: Far From Home. It was okay. Nothing special.

The Light of My Life. Solid but again, nothing special. There has to have been 50 of these apocalyptic films made over the last ten years. There were a couple really nice scenes with Affleck and his daughter though. Solid directorial debut by him. There’s talent there.

You Were Never Really Here. I’m only halfway through this so far. Again, it’s solid but doesn’t stand out in any sort of a special way.

Stand By Me: Haven’t seen this in years. So good. You can really see the raw talent in Phoenix (was reading up on his death—had no idea Joaquin watched him die on the sidewalk outside the Viper Room) as well as Feldman. There are a handful of subtle moments between the two where we see them play very well off of each other, for such young actors.
Last edited: Feb 16, 2020

It's a solid movie. There are no glaring plotholes or asspulls. Enough misdirections to keep you guessing till the end. Acting is great, score is good. It's really a tidy, well-structured movie.

But I am hugely underwhelmed by how little speculation it allows after the movie. I expected there to be so many little strings you can follow and come to different conclusions.

Contributor
Just watched Rocketman. Quite good. Elton John's music was the soundtrack of my teenage years. 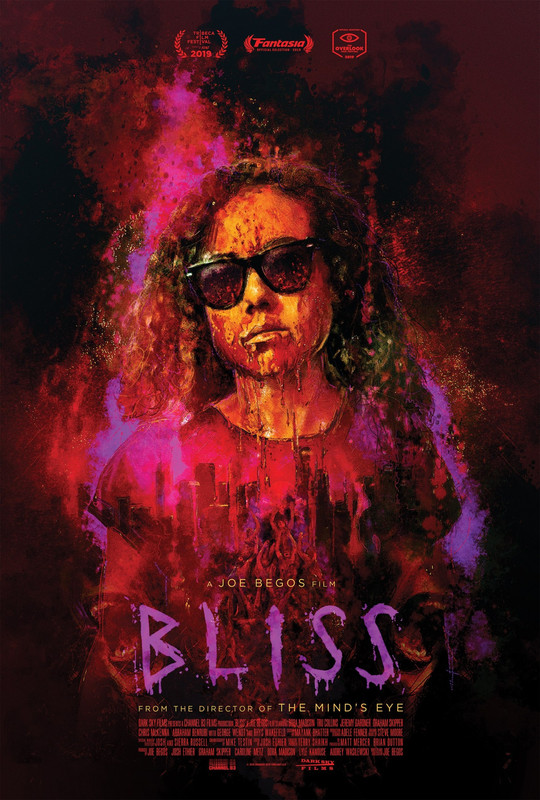 Wow, this reminded me of Climax with the spinning camera movements, really impressive technically but it takes it up a notch with gore. The main actress is very pretty, and she goes all out on her performance. In some ways it felt like a really well done music video stretched out, I really liked the stylistic look of it. If there is a downfall to it, it might be the excessive amount of blood/gore, there some really gross out/gooey gore here. I was kind of split on the ending as well. But man this is a good late night watch. What a performance from the lead.

Contributor
2018 Award Winner
2019 Award Winner
Parasite was quite good. My wife and I watch everything with subtitles so it was great for us. Really enjoyed it. Some great acting, especially by the Dad in the main family.

Just saw Parasite myself yesterday. Can appreciate why it got it's Oscar nod but I was a little meh on it. Good acting as you said and decent enough premise but not quite my taste. Too much sub-textual symbolism for me maybe and immoral characters.
Not a huge fan of hyper violent Tarantino-y climaxes either.
6/10
Last edited: Feb 16, 2020

Watched Alita Battle Angel. lt was a lot of fun and I enjoyed it but it felt like the story didnt quite match the impressive visuals and great action. The love story felt a little too generic. I also want to know how Alita got herself to ground safely at the end. Still a good watch though.

A Dark Place. The 6.2 on IMDb feels quite accurate. I sort of really liked the lead’s portrayal of a seemingly mentally slow sanitation worker. It felt fresh though tbh, I know I’ve seen that character type before, I just can’t place the film(s). That said, the script left a lot to be desired. Basically this character becomes curious over the drowning of a young boy and starts to investigate it as he believes it to be a murder, asking questions of a cop he’s known since childhood, the victim’s doctor, and the deceased’s brother, amongst other characters. That felt a bit ridiculous. Had all that been depicted in a sort of slower burn, better hashed out manner, I maybe could’ve bought it, but this 90 minute movie had dude sort of just investigating head down, full steam ahead, with those questioned way too easily divulging information. It didn’t feel near realistic in that sense. I still enjoyed it though because I enjoyed the lead (Andrew Scott) and his portrayal of a challenged, gentle soul who wants to do the right thing.

prodigy said:
Watched Alita Battle Angel. lt was a lot of fun and I enjoyed it but it felt like the story didnt quite match the impressive visuals and great action. The love story felt a little too generic. I also want to know how Alita got herself to ground safely at the end. Still a good watch though.
Click to expand...

Gotta check this out. Ali and Waltz alone make it appealing to me.

Timmy Failure: Mistakes Were Made on Disney +. Its got like a 90% from critics and fans on Rotten Tomatoes but it was horrendous. Basically a schizophrenic narcisstic 12 year old takes advantage of all of his friends and treats all the adults around him like ****. Not sure what the lesson or moral of the movie was. Just really bad.Your kids might like it I guess.
You must log in or register to reply here.