The Biden Administration and All Things Politics

Trump says a lot of things.

Al-O-Meter said:
Fine. He was against letting adult humans having a Y chromosome being in the same public restroom with young humans who didn't have a Y chromosome.
Click to expand...

Unless those young adults with the Y-chromosome also had androgen insensitivity syndrome, in which case he would have been just fine with it.


Al-O-Meter said:
That the adult having a Y chromosome also has a mental dysphoria doesn't help. Happy? The point is that has nothing to do with gay marriage.
Click to expand...

Now you're just being bigoted.

Al-O-Meter said:
Loudoun County School Board Superintendent Scott Ziegler, is that you?
Click to expand...

This is the best I can mke of his thinking, no endorsement implied.

For the unaware, an boy (who seems to have been AMAB) raped a girl in a girls bathroom in Loudoun, and later a different girl in a classroom, which therefore justifies keeping trans girls (as opposed to boys) out of bathrooms, but does not have any impact on classrooms for some reason.

Some, not all, some transgender people have at some point experienced Gender Dysphoria, which is an unease one can experiences when their gender identity and biological sex do not match. It is not an inevitable life-long condition of being transgender. In fact, by having a good support structure and not being discriminated against it is much less likely that a transgender person would experience Gender Dysphoria. But there are people who actively want to cause this unease and anxiety in transgender people. They do this by mis-gendering them, harassing them, denying them their right to exist as they are.

It was presented, by @AI-O-Meter, as Mental Dysphoria obviously to imply that being transgender is a type of mental illness. That is a pretty disgusting attempt to stigmatize mental illness in general as essentially indicating a person is less than. I'm pretty sure that almost all of us, if examined closely enough, would display some form of mental illness, such as anxiety, a phobia, etc..

AI-O-Meter, I have found your comments on this subject to be intentionally smug and hateful.

It’s okay guys. This isn’t about being vindictive or ownin the libs, it’s about leadership, and abortion, and CRT and Trans stuff and stuff…


The point that the former chief of staff to the president along with his former campaign manager are openly talking about trump becoming House Speaker to own the libs and impeach Biden, tells you how rotten one side of our political environment has become. This is the result of too much prosperity, too much peace, too much Fox News, and too much negative partisanship. Too many Americans take a stable economy and government for granted. Which is amazing considering the last two years of economic hardship, political instability, and Covid death.

Al-O-Meter said:
If it were just that article, I'd say that is fair but there is quite a bit more. Here is another article dating to before the 2016 election, from an anti-Trump outlet, showing Trump holding a rainbow flag at one of his rallies. There were tweets from Trump's twitter feed in which he claimed to be proud of being the most pro-gay President in US History. You will not find anything of the sort from any other US President before they became President. Some believe, including the author of this article, that Trump picked Pence as a running mate to appeal to those who otherwise would see Trump as too gay friendly. It's an empty gesture from the Republican nominee, who opposes marriage equality and has a proudly homophobic running mate.

Interesting. Thanks for the info.

One Brow said:
Funny (and even more sad) how those who are opposed to trans people expressing their gender are forcing men to use the women's/girl's restrooms.
Click to expand...

I, for one, am in favor of men being allowed in women's locker rooms. Time to follow the Europeans on this one.

Have any of you been to Europe? Their bathroom stalls have walls and doors that extend to the floor. George is 100 percent right here

The Thriller said:
Have any of you been to Europe? Their bathroom stalls have walls and doors that extend to the floor. George is 100 percent right here

My entire life I have not understood our public restrooms. And they are 99.9% the same in design. I imagine it is building code or something. The only time the design is not the same is when they are individual bathrooms, which is by far a preferable situation. I get that sometimes that isn't practical. Stadiums obviously can't make each bathroom individual (I mean if human history had been altered at some point individual bathrooms might be a non-negotiable, but we are where we are) because of the space requirements. But the doors don't need little peeky gaps all over the place. That makes no damn sense.

Americans seem to have a weird fear that male pedos wait in girl’s restrooms to rape them. It’s something I think is ingrained into our culture but seems completely unfounded in reality. How often do people even have sex in a restroom? Let alone pedos? Seems to me that we could go to unisex restrooms everywhere and see the same amount of sex or less.

People go to the restroom to crap not to have sex.

Yet, we run around afraid of razors in Halloween candy, kids being trafficked, and sex in restrooms while ignoring actual issues, like members of the LGBT community being bullied, churches using inflammatory rhetoric (Holland spoke at Byu a few months ago about “musket fire”), and we promote abstinence only sex “education” that has failed.
Last edited: Nov 18, 2021

fishonjazz said:
Interesting. Thanks for the info.
Click to expand...

He's leaving out the anti gay marriage things Trump has also said as well as the policies he made while president that hurt the LGBTQ community. His actions as president speak much louder than any conflicting statements he made before becoming president. He's just said whatever he thinks will make him more popular.

Al-O-Meter said:
There were tweets from Trump's twitter feed in which he claimed to be proud of being the most pro-gay President in US History
Click to expand...

“Trump Said He Would “Strongly Consider” Appointing Judges To Overturn Same-Sex Marriage Decision. Asked on Fox News Sunday “WALLACE: But -- but just to button this up very quickly, sir, are you saying that if you become president, you might try to appoint justices to overrule the decision on same-sex marriage?” TRUMP: “I would strongly consider that, yes.” [Fox News Sunday, 1/31/2016; VIDEO] 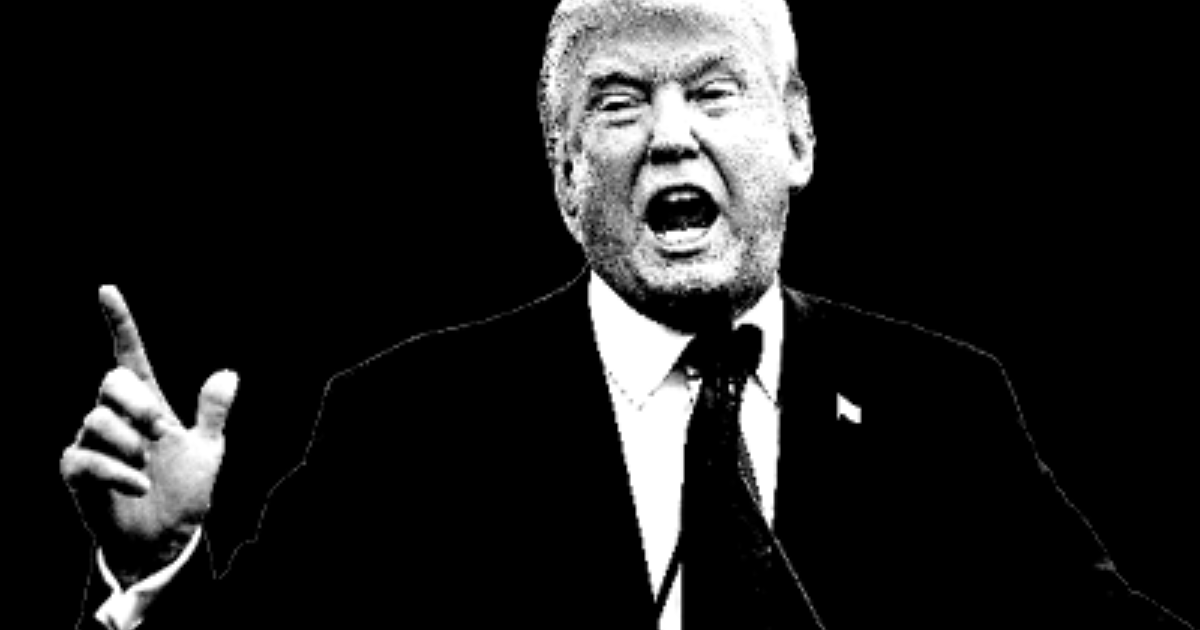 Donald Trump has been a consistent opponent of marriage equality. He has embraced the nation’s most odious anti-LGBTQ law, North Carolina’s HB2, and put on the ticket Mike Pence, who…


He’s also said he was “the least racist person there was anywhere in the world”, and I don’t take that seriously, either. The degree to which he lies and/or exaggerates to the hilt, how many times has he claimed to know more about something than anyone else? He couldn’t even leave a weather map alone without making it conform to his hyperbolic reality. 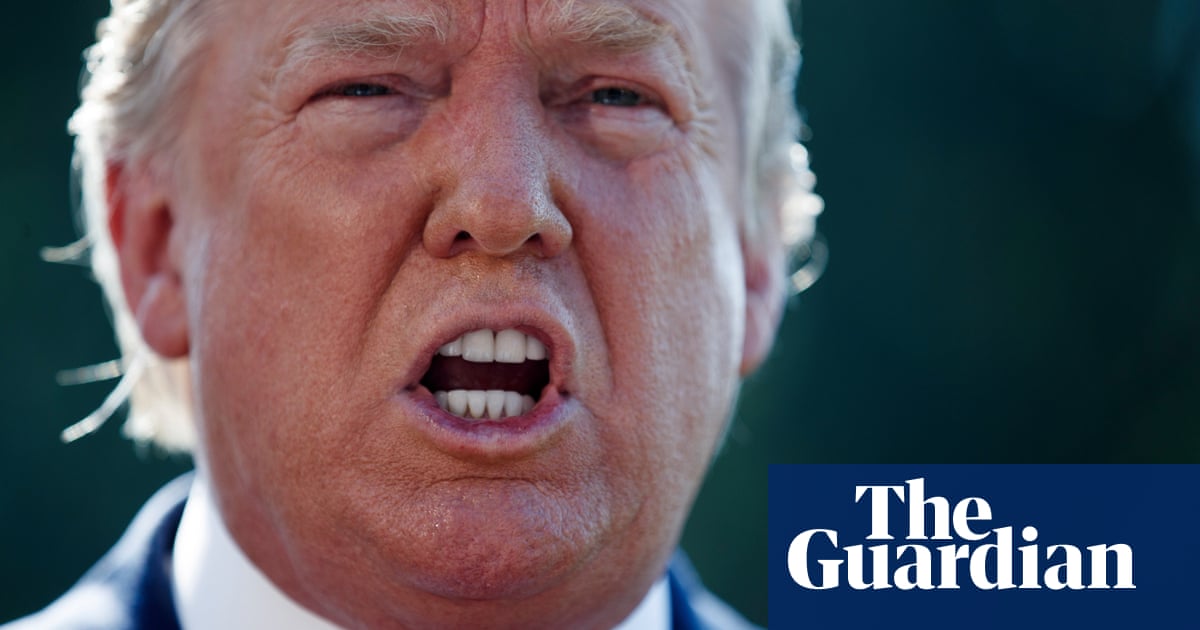 Trump: 'I am the least racist person there is anywhere in the world' – video