I've been uninterested in the bitcoin sort of thing because it sounds like some guys make up the "money:" and just start selling it on a platform where it can be exchanged from one account to another. Limited "coin', with some actual effective uses, people bid up the price vis a vis a monetized "fake" government sort of currency that is systematically inflated across the globe.

stuff like gold, silver, and other commodities are the "real" value store systems of history. Food, shelter, clothing, daily necessities are where ther rubber meets the road.

So Brigham Young had a problem in Salt Lake City circa day one. Nobody had any coin. B Y wrote aut tithing "scrip", notes people could cash in at eh Bishop's store house for whatever was on the shelves, if anything. People took the scrip like money and made it serve in practical exchanges including buying shovels or labor and started being more productive. Some folks paid their "tithing" and turned stuff over to the Bishop's storehouse. Other folks found the scrip worth stuff there.

Not an economist really. But like daily or intraday or whatever options trading in stocks or whatever can we really get rich bidding prices up endlessly? The argument that our various bubbles will burst like the Dutch tulip phenomenon relies on some fundamentals of population changes. A decline in population seems very likely on our doors, and with it most prices will go down as well. Deflation. Banks with high loads of "derivatives" will fail. Maybe these alt currencies as well. Gold bug notions seem to be on a low ebb. But we can't eat gold either. Gov bailout payola is generally sucked up by the few, the proud, the elite, the government officials and their cronies....... They bid up stock prices, real estate, stocks. Can't eat that stuff either. Gentrification or general elite estates/farms/ranches are not effective food sources. Rich dude farmers and ranchers don't know what they are doing. We are gonna first face food shortages and other shortages, then price collapse after all the bubbles pop pretty much all at the same time. Well, anyway that's the case for doomsayers on the deflation argument......

I think the recent big gov payout bills are there because some feel they will keep this ball rolling another day, but can it really just keep going?

I heard one comment about the cost of electricity required to do blockchain stuff. People building plantations filled with computers and servers to just keep these blockchain balls growing.

But I am interested in seeing how this works, and thanks for the thread.

Contributor
2018 Award Winner
2020-21 Award Winner
So it doesn't seem like there's any broad interest in this at Jazzfanz, and I also don't see a lot of opportunity for cooperation or partnerships (although I'm fully open to all that if it makes sense) but I'm still doing this, now with 4 GPUs and it's been pretty awesome. I'm making passive income that takes next to zero effort on my part.

If you have or can get GPUs that have at least 4GB of VRAM you can make money. Simple as that. Once Ethereum tightens up there are a few other options. They'll be a challenge if essentially all the ETH miners move to the same thing at the same time, but there will still be ample room to make money somewhere.

Too bad I can't ship them out to you. Maybe when I'm allowed to travel back I'll see the price and bring some with me if the prices are still off. 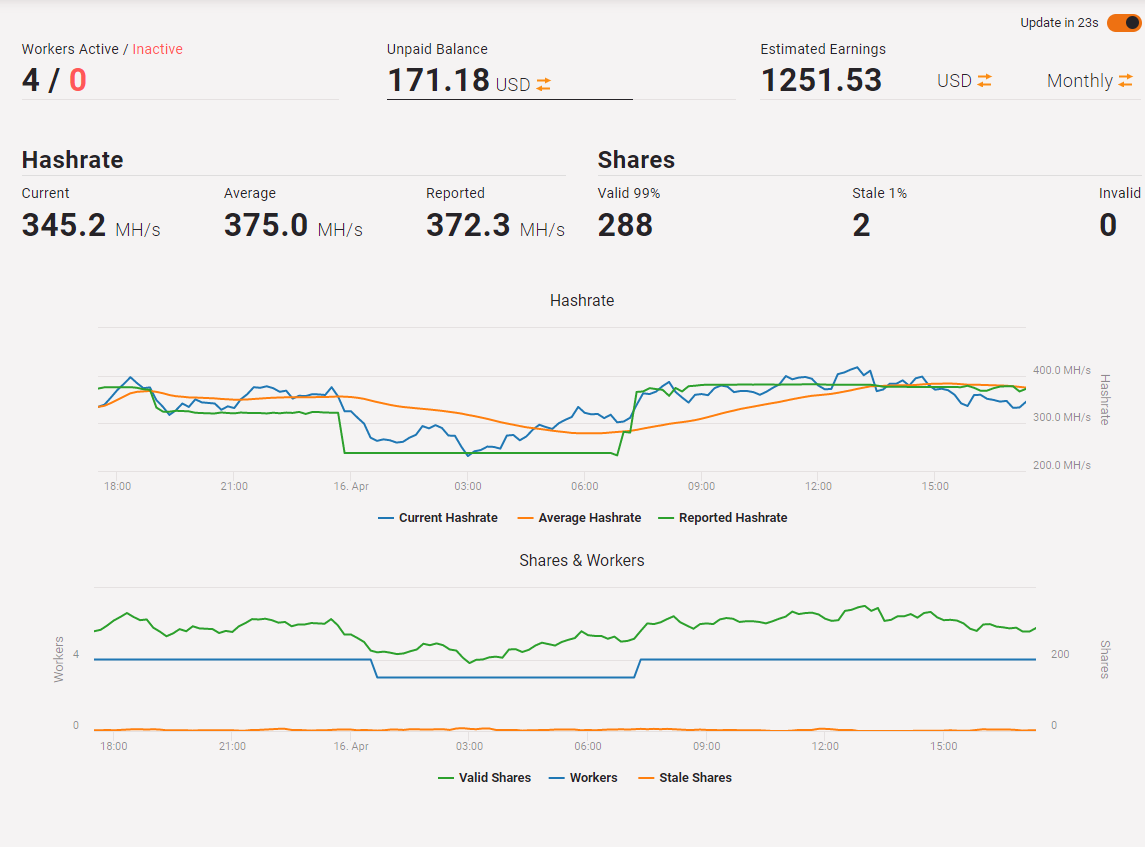 Contributor
2018 Award Winner
2020-21 Award Winner
Anyone doing Chia Coin farming? It's super profitable right now but the difficulty is going up exponentially. I wonder if it's going to settle in a good spot or if the difficulty is going to become out of control and make it hard to get ROI in a reasonable amount of time. At present ROI is about a week, lol. I'd take a couple months and be happy as hell but we'll have to see. 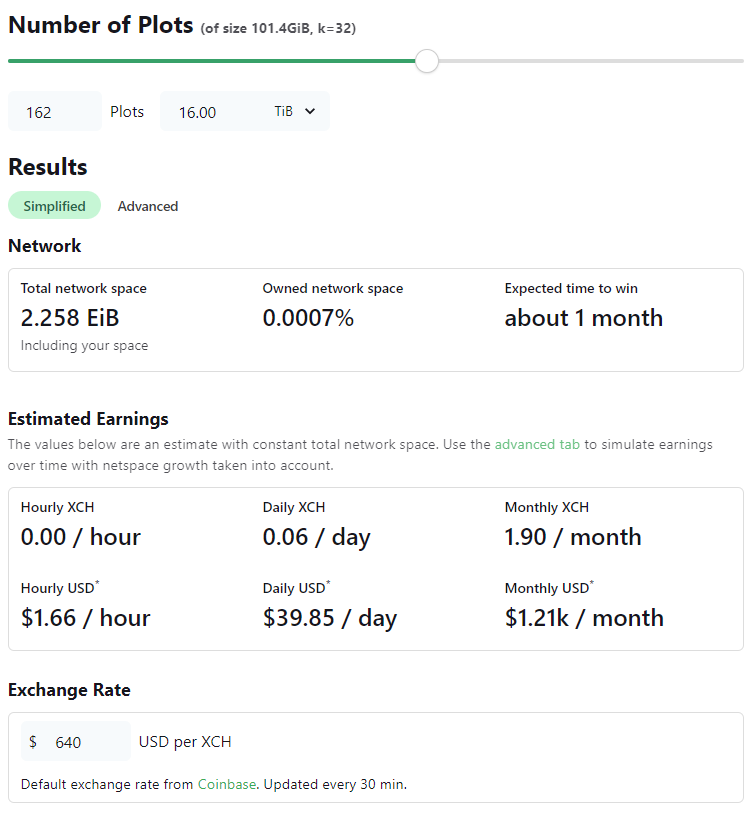 This is profitability using 16TB of storage. I just bought 16TB of HDD storage for about $330 after taxes but it's not going to be here for 10 days. By then I'm guessing profitability is going to be 1/10th what it is right now but that's just me trying not to think this is going to be so incredibly stupid profitable.

Contributor
2018 Award Winner
2020-21 Award Winner
My Ethereum mining income is currently enough to pay my mortgage with enough leftover to get a fancy lunch.

I'm going to be forming an LLC to deal with the tax issues associated with the additional income.

Not close to being able to quit my day job (which is actually a night job) but I'm going to throw in pretty hard on Chia and will also be getting into Helium.

Contributor
2018 Award Winner
2020-21 Award Winner
Just want to say that if you want to parallel plot Chia you're dancing with a dragon and that MFer will bite you, more than once.

Lot's of ways to be stupid parallel mining Chia and I'm trying all the ways.

Gameface said:
My Ethereum mining income is currently enough to pay my mortgage with enough leftover to get a fancy lunch.

I'm going to be forming an LLC to deal with the tax issues associated with the additional income.

Not close to being able to quit my day job (which is actually a night job) but I'm going to throw in pretty hard on Chia and will also be getting into Helium.

Good for you - what's your expenditures in terms of gross vs. net?

Avery said:
Good for you - what's your expenditures in terms of gross vs. net?
Click to expand...

I have spent a decent amount to get into Chia farming and have not gotten any return yet.

My electric bill is about $80 more a month and I'm currently projected to earn $2559/month gross, although that fluctuates quite a bit.

Keep in mind that my three biggest earners for ETH mining are the GPUs in gaming PCs that get used as gaming PCs (one of which I'm using to type this message). I have bought stuff sooner than I would have without mining, but I've had relatively high end gaming PCs for the majority of my life. If mining went away today I would keep all of my current generations equipment and be perfectly happy about it.
You must log in or register to reply here.