TheGoldStandard said:
Be careful who you advise to procreate.
Click to expand...

It's almost like Biden is infecting the US on purpose

I'm all for reasonably open borders, but during a pandemic it is insane we haven't temporarily closed the borders or require testing.

TheGoldStandard said:
I'm all for reasonably open borders, but during a pandemic it is insane we haven't temporarily closed the borders or require testing.
Click to expand...

Same. I just don't understand it right now. There's a pandemic going on. People are dying, people are refusing to get vaccinated, there's hate coming from both parties and we're just flooding the border? I just don't get it.

TheGoldStandard said:
I'm all for reasonably open borders, but during a pandemic it is insane we haven't temporarily closed the borders or require testing.
Click to expand...

Probably because there's a lot a backlog of people pleading for asylum (The Trump admin purposely slowed this to a crawl) and there aren't enough judges to run the hearings. Rather than holding those people up so they can be abused in Mexico or sneak in illegally, we're letting them enter with hearings scheduled for in the future. We have two problems that are combining here:

1. Our immigration system has needed to be fixed for years. We've made it too hard and time consuming for people to immigrate legally.
2. The asylum process is understaffed and time consuming. Instability from economics, politics, and climate change throughout Central America has led to increases in good desperate folks traveling here for asylum. There is no easy fix for this, but a smart, innovative, and coordinated effort with other countries is necessary... Something our government has lacked because smart and working with other countries isn't as big of a political winner as the simple solution as, throwing more money at security, brag about building walls that Mexico will pay for, and demanding no more foreign aid to Central America.

I found this helpful

2 fully vaccinated hospitals in San Francisco are having huge breakouts apparently. My conspiracy about vaccinated being the host is turning into a theory. More people are getting vaccinated, more and more and infected

I see Barack Obama is having a huge birthday bash. We all know the virus recognizes the elite and rich and stays away.

Or maybe... Just maybe there's not a tremendous amount to be afraid of with this variant. This is about control avd maintaining power. Crazy that people are so blind they can't see it. Mask AND vaccines and people are like, "F* YEAH"! Lol it's absolutely nuts.

These blue vs red COVID games are kind of dumb. I’m a bit sick of the divides where we say that 1/3 of the cases are from Texas and Florida while neglecting to mention that other large states are contributing too.

This isn’t rocket science - vaccinated can get COVID. The shot greatly reduces your chance of getting hospitalized and dying which is the entire point. Any idiot being shocked that someone with the shot can get sick apparently doesn’t understand how any vaccine ever engineered works.

There is no unvaccinated vs vaccinated theory - we are all the hosts.

“You’re not going to get COVID if you have these vaccinations.”

I do agree with Barack though let's make that clear. He's flat out telling Fauci to shove it and he's going to live freely. @Avery you can sit and tell us how sick you are of things but I'm sick of DC mayor's partying with no mask hours after forcing a mask mandate. Im sick of Pelosi forcing mask but not wearing hers for photos and hair cuts. I'm sick of Biden bullying his own citizens to get poked while allowing what could be 1 MILLION possibly unvaccinated people into the country and flying them wherever they chose. You see the borders right now?. thousands of people stuck under a bridge in dead heat. Morons blaming Trump when this never happened under Trump. Especially when immigrants themselves admit Bidens open door policy is why they're coming.

I'm sick of Fauci and the CDC flip flopping. I'm sick of our government Communistically censoring people with no valid explanation of what's wrong and what's right. I'm sick of Democrats pointing their fingers while their states are getting absolutely drilled. California alone has 1.8 million of the 5.4 million ACTIVE cases. Texas and Florida have 440,000 of the current cases which is 8%. Where's the misinformation police on that(not directed at you Avery). My link is below.


I'm sick of racist bigoted little twerps telling me they're going to shun black communities that aren't getting vaccinated, religious people, and anybody who questions an experimental drug thats not even FDA approved. Authoritarian nutbags by definition.

I'm sick of being told to wear a mask, yet the same person can't detail me the science behind vaccinated and mask. I'm sick of our children being forced to wear diapers, truly ****ing with their mental health, over no science.
Last edited: Aug 3, 2021

I'm sure you've seen this a million times by now. It is a depiction of a SARS-CoV-2 virus. 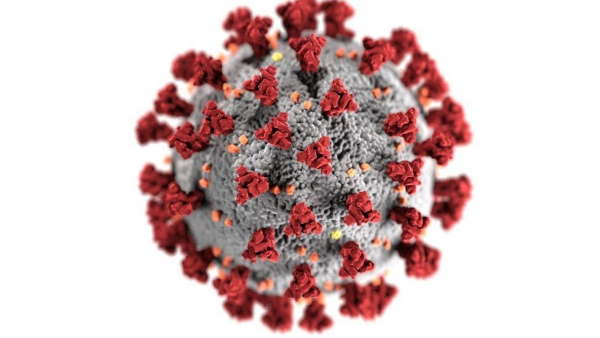 The red triangular growths all over the outside of the ball are called "S-Spike" proteins. The mRNA vaccines (Moderna and Pfizer) are just those S-Spike proteins without any other part of the virus. 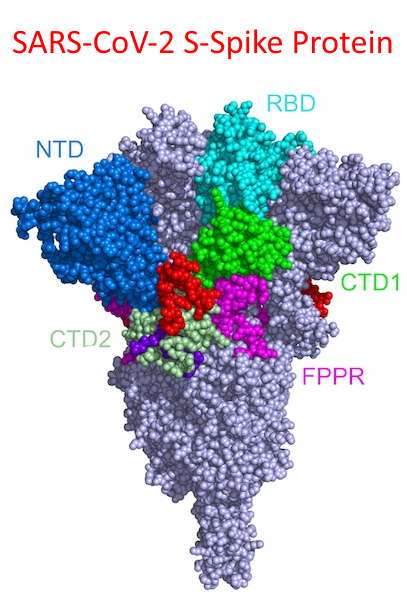 The vaccine doesn't fight the infection at all. The vaccine is like flooding your body with wanted posters so that your immune system is faster to recognize the invader. It is not a guarantee that SARS-CoV-2 can't possibly replicate in your body but it will absolutely 100% make your body's immune system mount a faster and stronger defense than if your immune system were going in to the fight completely blind.
You must log in or register to reply here.