infection said:
Never heard of one inside a cervix and uterus.
Click to expand...

What if the baby is a boy? Then it's in a uterus.

Contributor
2018 Award Winner
2020-21 Award Winner
If politicians are birds and birds aren't real... Does that mean I'm not actually reading this right now?
B

Gameface said:
If politicians are birds and birds aren't real... Does that mean I'm not actually reading this right now?
Click to expand...

Only if you believe everything you read..... or don't read.

C'mon, man. You never read my threads.
B

I went over to see what was up with the Lobsters. Mods,please combine that thread with this one. Same subject. What comprises Sentient Beings.

Jesus and Joseph Smith both said rocks would cry out if we failed to glorify God. The Earth in scripture a sentient being. Animism is aboriginal religion. Animals and rocks have spirits. Mormonism too.

Birds and Polticians are not. They do not feel pain, they do not learn. Nobody loves them, and they don't care.
Last edited: Nov 24, 2021

babe said:
Life as we know it is coming to an end. One Brow is turning back into a Christian who knows who Jehovah is.
Click to expand...

Who they are supposed to be, at any rate.

LogGrad98 said:
Serious question: what is the worst thing that would happen if people went extinct? Is there any intrinsic value in a human being, and if so what is it? We are destructive by nature. If the goal is the save the world shouldn't the process include eradicating the humans, since they are the most destructive species? Why are we concerned about propagating our species at all anyway?
Click to expand...

Are we more destructive than termites or army ants?

One Brow said:
Are we more destructive than termites or army ants?
Click to expand...

How many species have they directly driven extinct?

LogGrad98 said:
How many species have they directly driven extinct?
Click to expand...

If I had money to put down I'd say humans are the all time champs at wiping out other species.

But I think as an "intelligent" species we are still toddlers, at best.

We may have value but we're still have a lot of growing up to do before we could even know that.

Birds are in fact avian dinosaurs…. 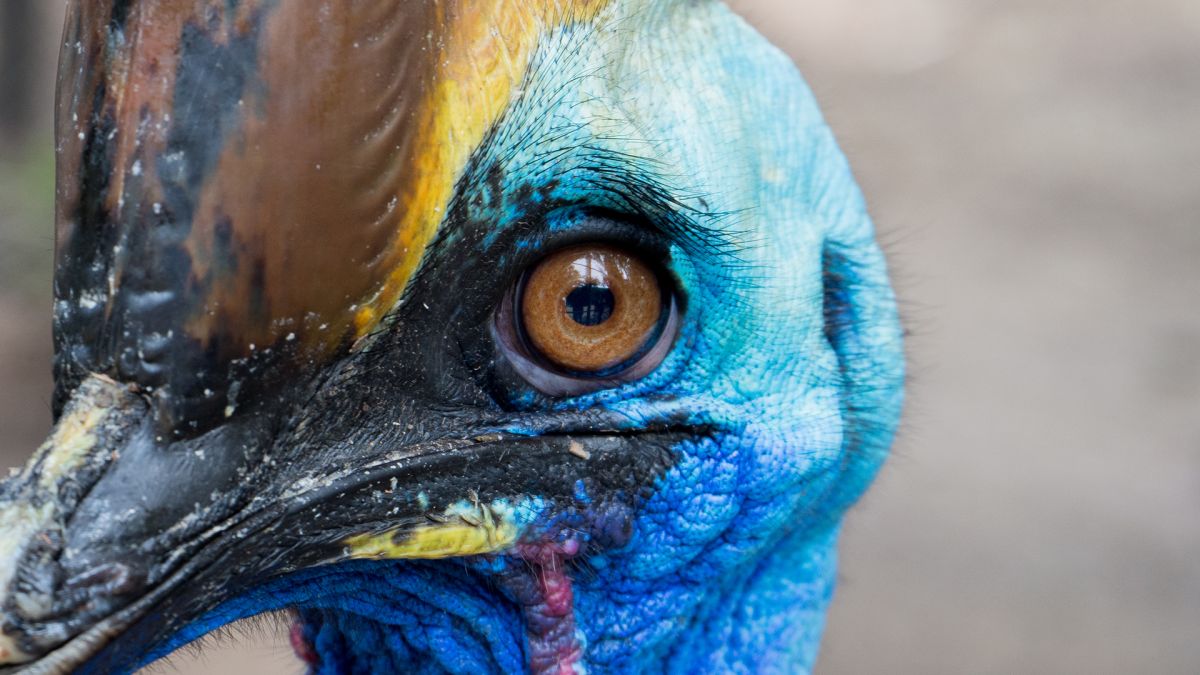 Modern birds can trace their origins to theropods, a branch of mostly meat-eaters on the dinosaur family tree.

So, the next time you wonder what dinosaurs may have looked like when they walked the Earth, look no farther than the seagull eyeing your french fries at the beach, the crow scolding you from a fence, or the nearest pigeon pecking at crumbs on the sidewalk.

LogGrad98 said:
How many species have they directly driven extinct?
Click to expand...

Less than 1% of all the species that have gone extinct, but possibly more than any other species.
B

One Brow said:
Who they are supposed to be, at any rate.
Click to expand...

Christians can be marginally repentant drunks, marginally reformed cannibals, drug addicts praying and giving themselves to Jesus. Jesus has no threshold for his definition, actually, beyond anyonne interrupted by a passing thought of how their life stinks or how they've messed up somehow. It's the act of asking for help from Jesus that brings you in to the fold.

Sure, there are a whole damn lot of higher ideals people might look for.

Believing Daniel's scenario of the final judgment isn't on anyone's list in particular, not even Jehovah's Witnesses so far as I know, nor Jews. It's a common notion among theologians that "The Ancient of Days" there is Jehovah or the Covenant-maker of Abraham, the Jehovah commonly understood as the God who wrote the Ten Commandments on the stone tablets. I believe "The Anceint of Days" is Adam, sometimes also called "Michael the Archangel", but it requires a time-sensitive equation to think that. The most solid position is to believe Jesusfor who he said he was. He said "My doctrine is not mine, but His that sent me" He frequently referenced his Father, and attributed all honor to Him. Jesus was accused of blasphemy when he said "I Am that I Am", essentially claiming creative power of God. Modern Trinitarians see no barrier to interchanging the titles, believing it amounts to one Person with different roles. Even the Apostle Paul in his epistle to the Hebrews embraces Jesus as the Word being the Creator, and a "High Priest after the order of Melchizekek".

I am working on a new Translation of all the scriptures including the Doctrine and Covenants and the Pearl of Great Price. Joseph Smith apparently wrote some stuff off the top of his head, and even Mormon admits he makes mistakes and admonishes us to have charity in our heartsw when we see his jfaults. One guy sitting in the woods with no computer, no Wikipedia, and a pile of gold plates can't be expected to get it all right.

I basically look at all that as God's quandry of the ages. Where is there anyone in this world, or could there ever be anyone in this world capable of "getting it all right." Especially me, of courfse. But there is a passage in the Old Testament when it is allevged God teaches us "Line upon line, precept upon precept, here a little there a little" It's a process. Never finished (yet, at least, but I suspect eternally a process).

So at the creation of a world, the council of Gods appoints a triumvirate consisting of an Eloheim representative of the Council, a Jehovah character some Mormons have thought would figure as a Saviour like Jesus from a prior world, and an Adam figure who was a fully accredited and faithful follower of that Savior in that world. At this point the Adam figure has gathered a few billions of spiritual adoptees formerly loose and hopelesss, relatively speaking, "intelligences" he calls his children, and now he is starting a world for them where they can advance to being physical entitities not just spirits.

Joseph Smith said of God, that He said "For this is my work and my glory, to bring to pass the immortality and eternal life of Man" Not sure about that quote, exactly.

At the scenario described by Daniel, our Jesus is brought forth and given a crown, to be our Jehovah from then on. Christians generally consider him now "The mediator of the covenant", since the atonement. So they sing "He sought me, and bought me, with His redeeming blood". I like that song because the truth value is nearly infinite if one detail isn't perfect. It is at the very least a proto-Truth on it's way to becoming an absolute Truth.

But still, Abraham camped by the trail on the plains saw Jehovah, at that time, walking up the trail with an Angel at his side, both of whom came in and sat down and ate a pretty good meal of bread and steak. Maybe cake.

How the world misses the logic about a God who that much like us is simply beyond me.
B

One Brow said:
Less than 1% of all the species that have gone extinct, but possibly more than any other species.
Click to expand...

We are pretty close to the capacity in our labs of restoring lost species and trying again to set them loose on the world.. Or creating new species. I think we can do a lot of that, given a few brand new worlds and billions of years of research.

Obviously, we're bound to make a lot of mistakes once we set out this path. We might need a few "spare worlds" to turn to after we lay waste to some. But overall, it's a hopeful prospect. A whole new deparrtment at the universities..... "Planetary Management" with "Creation", "Mission Extensekion", and "Reclamation and Recycling" professionals......

One Brow would be proud of that.

It coujld even cheer up a Log.
Last edited: Thursday at 9:58 AM
You must log in or register to reply here.