You seem like a hostile rather unpleasant bloke. You very clearly stated a while back that you didn’t care if the vaccine didn’t stop transmission as first claimed but that you still hated those who didn’t get it anyway on your behalf.

Douchebag K said:
How many were vaxxed / not vaxxed, at what stage of the pandemic, what pre existing serious health issues did they have, including being significantly overweight, diabetic, hypertension. Did they die with or from Covid ? how many were in their 20s compared to under 18 ??

I’m mainly throwing this up for thought in the Omicron era.

Yes answer that question for your own group.

I'll wait while I laugh at you.

Douchebag K said:
You seem like a hostile rather unpleasant bloke. You very clearly stated a while back that you didn’t care if the vaccine didn’t stop transmission as first claimed but that you still hated those who didn’t get it anyway on your behalf.
Click to expand...

You clearly didn't understand what I said. Not surprising.

Gameface said:
You clearly didn't understand what I said. Not surprising.
Click to expand...

I have no idea how many people died of myocarditis. Your turn. Although I doubt you have the wherewithal to be that nuanced. Once size fits all eh.

So .. getting onto the vitamin D ?? Very underrated it seems.

And why on earth are you always so damn angry dude. What’s happened to you in your life ?? 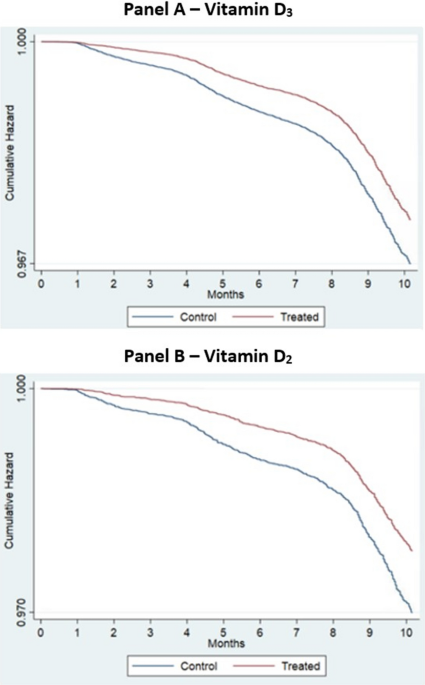 well who ever would have thought this ...
Click to expand...

I always thought it was a no brainer to supplement with D3. My doctor just thought “smart move”. So, from the start of the pandemic I’ve been taking D3. This did not require a study to figure out. Also got vaccinated through the latest Moderna booster. Whatever reduces my chances of Long Covid, and reducing that risk requires reducing the risk of Covid in the first place, is a part of my defense system. Don’t need brain fog. Already have chronic fatigue, don’t need to magnify it to the power of 10. Death comes to us all, eventually. Long Covid does not have to, and preserving some quality of life requires that Long Covid be kept at bay. Those two Long Covid symptoms, extreme fatigue and brain fog, are killer, in terms of flushing quality of life right down the drain. And avoiding that is the #1 reason I want to avoid Covid. Pre-existing conditions do not help in my case, and D3 will continue as part of my arsenal…

The Thriller said:
At this point, I don’t think these folks are going to be convinced by facts, policies, or science. It’s part of their identity now. Much like politics, they’re bored with regular science and want to be known as “anti-establishment.” I’ve reviewed the last several pages recently to understand why anyone would be anti vax for children given how infectious Covid is, and I’ve seen that the same folks who were anti vax months and months ago remain so no matter what the data says.

Just like politics, Identity, feelings, and the need to be entertained by not being “suckered by the establishment” > facts, evidence, and plain good policy influenced by experts and expertise.
Click to expand...

This post remains relevant… it’s the best description of anti vaxxers and what motivates them.

Contributor
I would hope people who are immunocompromised, like me, are already aware of their Vit D levels and are already on supplements.

well who ever would have thought this ...
Click to expand...

Any preventative measure is good.
You must log in or register to reply here.