Douchebag K said:
If you weren't so blinded by your narrative you'd easily understand there are massive problems with the conduct of the Pfizer company and the gulf between it's initial claims about their vaccine and the facts emerging about what it did or didn't test for or results released publicly, or actual results of their product. Just the last few weeks it's been shown their anti-viral Covid drug doesn't outperform placebo. They're one of the most corrupt morally reprehensible companies around. You're ok with the fact it now admits it never tested whether the vaccine stopped transmission ??? And continue to keep hidden many of their finanacial details in regards to arrangements with various governments Dangerous ? There are clearly known serious risks even though they are small in number let alone so many unknowns short, medium or long term due to lack of testing. And no i'm not in the "it's gonna kill everyone camp" so shove your "oooh antivaxxer" garbage up your fat ***. So intellectually lazy. It is clearly understood Covid represents little serious risk to young healthy children. Yet you refuse to address these facts. It's kindof bizarre people who pride themselves on being progressive and forward thinking can't assess risk / reward in this scenario and merely try to maintain some weird kind of moral stance on the issue.

not only are you wilfully ignorant you're being an intellectual coward who deliberately misrepresents what others say, and by your own admission don't really care about the facts more about justifying your own preconceived stance And then you refuse to consider anyone else's thoughts and just go for memes and insults. You're better than that. At least i thought you were. Maybe you're not
Click to expand...

Vaccines are not intended to only help the individual immunized. The term "herd-immunity" might be a tip on that.

Should I tell people with diabetes to stop taking insulin because of the greedy corrupt companies that produce them?

I think you're confusing lies with an incomplete and evolving understanding of a disease that has mutated multiple times, largely because we were not able to get it under control early on. I have no idea if actual maximum effective masking, better social distancing or shutdowns would have ever accomplished that but there was a large segment of our society intent on not letting us find out.

I haven't made an attempt to get into a full scale debate on all things COVID or COVID vaccine with you and I have no interest in doing so. Largely because I'm not an expert and neither are you. I'd rather simply receive information and recommendations from experts. That seems like the best use of my time and attention.

I don't pride myself on being progressive. I don't hold views because they are progressive. I'm not sure if I'm particularly forward thinking at all, most of the time I feel like I'm playing catch-up.

The risk of taking a COVID vaccine is almost non-existent as far as I can see. I know hundreds of people who have been vaccinated and I haven't heard of a single credible adverse effect as a result of being vaccinated. I do know that some people have had adverse reactions, but everything I've heard about that from sources that I consider credible is that the numbers represent a very very small portion of people who have been vaccinated.

I'm not a Pfizer fan boy. I think there are significant issues with drug companies, not to mention the absolutely idiotic insurance/medical care system in the U.S..

The Thriller said:
His objections seem to be the exact same he’s had for over a year no matter what the data says.
Click to expand...

If you have this data, I'd sure like to see it.

Test scores dropped to lowest levels in decades during pandemic, according to nationwide exam

Test scores dropped to lowest levels in decades during pandemic, according to nationwide exam

You can thank The Thriller for that. He didn't do it alone of course but he represents the exact mindset among school administrators that caused this.

So sad. So much preventable death. Each death is a husband who’s gone, wife who’s gone, mother and father, son, brother, sister… so sad.

Al-O-Meter said:
The virus was made in a lab at least once.
Click to expand...

Duplicated, after the wild strain was available.


Al-O-Meter said:
The problem with the anti-First Amendment types intent on stopping the spread false information is that many of them claim a thing is false when in truth they have no idea if it is true or not.
Click to expand...

The problem is propagandists try to frame unevidenced possibilities as having equal epistemological claims with strongly evidenced theories.

Even today, still the two hypothesizes exist and both are plausible. They still do not have a definitive origin. The DNI explained this. I added the DNI.gov declassified assessment of Covid origins to this post.
Click to expand...

Has this document been revised? Because most of the DNI elements seem to agree, with low confidence, in the natural origin story. There is a difference between "plausible" and "evidenced", and there is still no evidence supporting a lab leak hypothesis.

Bucknutz said:
Yet one of these Origins were considered conspiracy theories and misinformation:

WHO media briefing from Wuhan on COVID-19 mission, 9 February 2021

The DNI paper I quoted listed and discredited some actual conspiracy theories that were being pushed.


Bucknutz said:
One Brow -
Except, the virus is not manufactured and shows no signs of being manufactured.
Click to expand...


Bucknutz said:
Than again, you think Mercola is credible.
Click to expand...

I hope this was never true, and I should not have been so unkind. I apologize.


Bucknutz said:
Both of you shot down the man mad hypothesis even though you both can not, even today prove where the origin was. No one can. Both of you were on the governments and media's side on this subject.

What I don't like is the government promoting their "truth"(Natural) and shutting down conversation what they feel is "misinformation" (Man Made) and working with social media to do this.
Click to expand...

The man-made hypothesis still flies in the face of the assessment of the most of the world's virologists, and still has no evidence. To claim it should have equal hold on our beliefs is untrue.

I have posted on this topic before and included a video that shows the government, including the President, that claims you can not spreed Covid if you are vaccinated.
Click to expand...

I agree these were over-simplifications. Being vaccinated means you are much less likely to get inflected, get sick, and transmit the virus. It's true that the vaccine prevents most cases of covid19, but no protection is absolute, and ideally it would not been promoted as absolute.

Various people were taking the lab leak hypothesis, promoting it as fact, and claiming there was a conspiracy to cover it up, kill people, sell vaccines, etc. Many conspiracy theories had the (unevidenced) man-made hypothesis at their center. The hypothesis may have been discredited too quickly on that basis.


Bucknutz said:
Im asking again, at the time, was it considered misinformation that if you got vaccinated you could still get covid. The answer was yes.
Click to expand...

Anyone who relied on more than a soundbite from POTUS would have been aware the protection was not 100%.

Can’t make this stupidity up. And this is why not everyone should be able to vote. This goes for dumb woke libs too. There needs to be some sort of test one has to take in order to vote. And be a parent for that matter.

Can’t make this stupidity up. And this is why not everyone should be able to vote. This goes for dumb woke libs too. There needs to be some sort of test one has to take in order to vote. And be a parent for that matter.
Click to expand...

You’re an educator, educate me. If you feel Im stupid and I shouldn’t vote or be a parent because I’m showing there are 2 plausible origins. How about you teach to me, without a doubt where Covid origins came from.

Is this how you treat your students? Someone who does a research paper and your response is “your stupid”, while you don’t provide any factual data to show why they are wrong.

Not sure what this is worth, but it’s most recent. 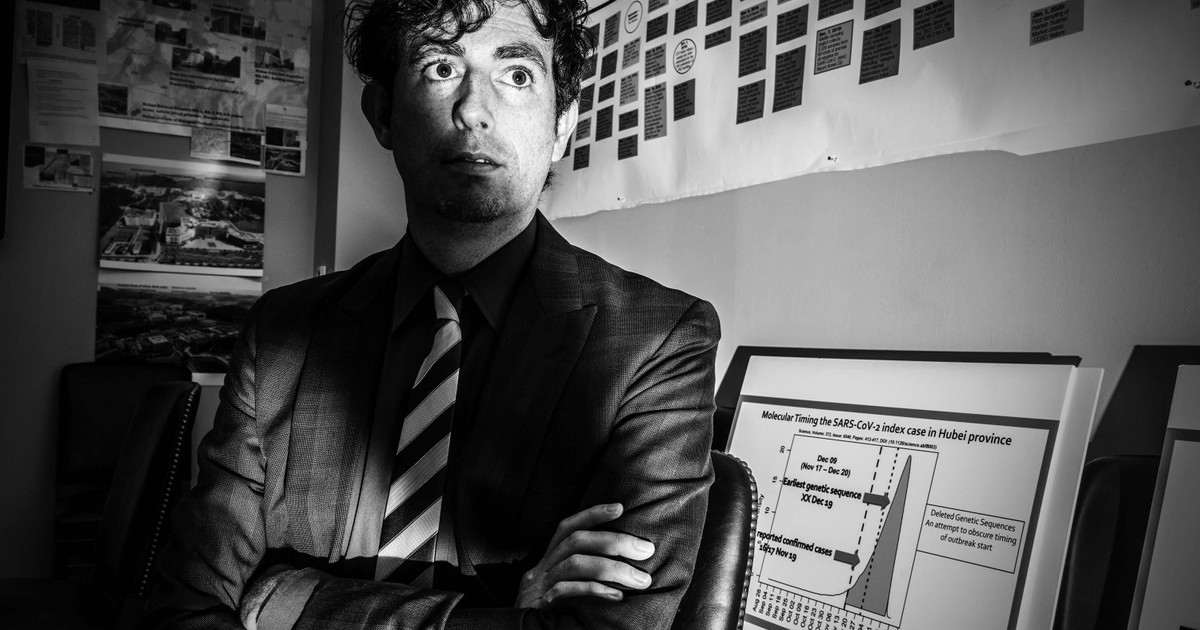 COVID-19 Origins: Investigating a “Complex and Grave Situation” Inside a Wuhan Lab

The Wuhan lab at the center of suspicions about the pandemic’s onset was far more troubled than known, documents unearthed by a Senate team reveal. Tracing the evidence, Vanity Fair and ProPublica give the clearest view yet of a biocomplex in crisis.

Can’t make this stupidity up. And this is why not everyone should be able to vote. This goes for dumb woke libs too. There needs to be some sort of test one has to take in order to vote. And be a parent for that matter.
Click to expand...

Bucknutz is a good dude bro.


Sent from my iPad using JazzFanz mobile app
You must log in or register to reply here.