Donald is about to go through some things...

LogGrad98 said:
So Trump's team was thwarted by having them appoint a judge that actually applied integrity in carrying out his duties?

Yep, even though trumps team chose that special master themselves im sure that the special master they picked is now a rino and part of the deep state because it didn't bend the knee and blindly follow lord trumps orders.

Keep this in mind this fall. A vote for republicans this fall is a vote for Trump in 2024 no matter what the election results are.

Look at what Republican Secs of State are planning to do…


If protecting elections is important, why are Repubs rallying to reject any attempts to prevent Jan 6 from happening again? 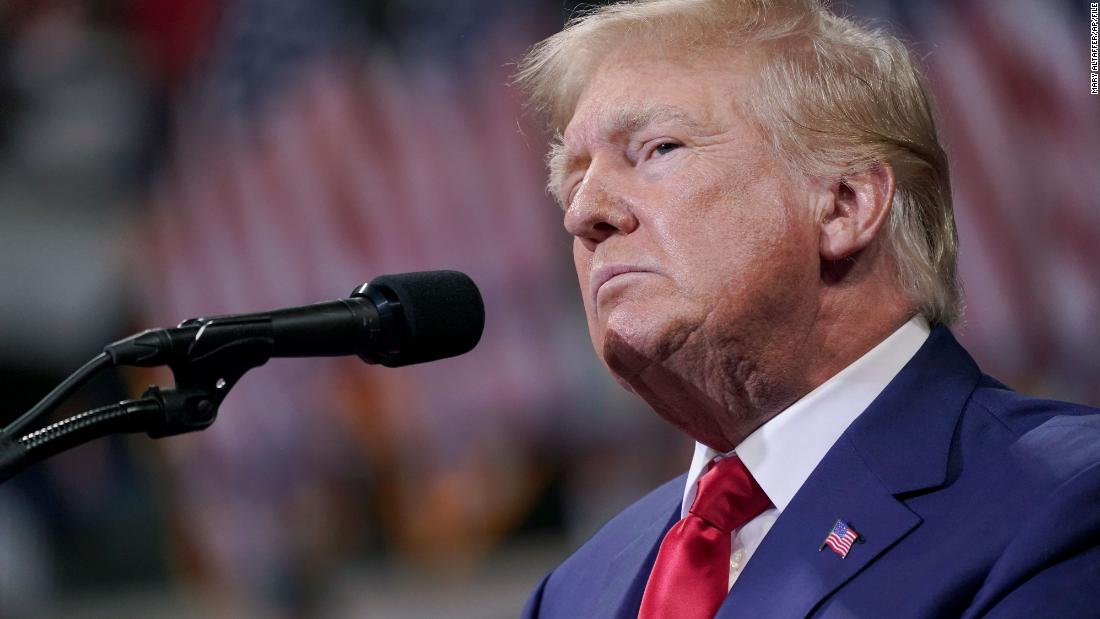 "Trump will be indicted in a RICO action in GA, and federally for Obstruction of Justice (at minimum) for his theft of classified information, plus Seditious Conspiracy and Conspiracy to Defraud (at minimum) for Jan 6th. In short, he should face three criminal cases before 2024,"

"He believes he can use the dictator's ploy of mounting riots if the government comes after him, and some of his followers will comply so there will be violence. But law enforcement, the National Guard and the US military will prevail. And Trump will earn added criminal charges," he further predicted. "Trump and GOP enablers are an evil that must be addressed for what it is doing to our nation. The way to deal with it is to stay informed for only fools want what Trump is offering."

The attorney general's lawsuit "alleges that Donald Trump, with the help of his children Donald Trump, Jr., Ivanka Trump, and Eric Trump, and senior executives at the Trump Organization, falsely inflated his net worth by billions of dollars to induce banks to lend money to the Trump Organization on more favorable terms than would otherwise have been available to the company, to satisfy continuing loan covenants, to induce insurers to provide insurance coverage for higher limits and at lower premiums, and to gain tax benefits, among other things."

"Valuations of this property relied on objectively false numbers to calculate property values," the attorney general's office argued. "For example, Mr. Trump’s own triplex apartment in Trump Tower was valued as being 30,000 square feet when it was 10,996 square feet. As a result, in 2015 the apartment was valued at $327 million in total, or $29,738 per square foot. That price was absurd given the fact that at that point only one apartment in New York City had ever sold for even $100 million, at a price per square foot of less than $10,000, and that sale was in a newly built, ultra-tall tower. In 30 year-old Trump Tower, the record sale at that time was a mere $16.5 million at a price of less than $4,500 per square foot."

"Letitia James, outlining a nearly 300-page lawsuit filed against the former president of the United States, Donald Trump, and his children, alleging that the Trump Organization is a sham built on lies," he said. "Lies to banks, lies to insurance companies, lies to the state of New York about the valuation of Trump Organization properties."

Legal analyst Shan Wu later chimed in to note how meticulously the lawsuit had been put together over the span of several years, and he particularly zeroed in on the detail that Trump had tripled the reported size of his own Penthouse in Trump Tower in order to justify giving it a higher-than-merited valuation in financial documents.

"What really strikes me about this complaint is how well documented this is," he said. "There are facts you can't spin your way out of. Claiming that the penthouse, for example, is three times the square footage that it is, there's no way that you can spin your way out of that."

So trump is saying that the FBI planted the documents. The same documents that trump also claims he declassified? Kind of contradictory.

fishonjazz said:
So trump is saying that the FBI planted the documents. The same documents that trump also claims he declassified? Kind of contradictory.
Click to expand...

I love the part about "even just thinking about it" to declassify things. No need to tell anyone just take whatever you want and *poof* it's declassified. Have a dream about giving the documents to your neighbor, or your favorite Russian dictator? *POOF* declassified!